Formerly called Matador, Public is a stock-trading app for rookie investors that has been available to the general public since March 2019. It’s like many other beginner investing apps (think Robinhood), but with a social interactivity twist. Users can see what their friends and other popular users are buying and selling. You may pick up stock ideas on Public, but for help diversifying your portfolio and managing your risk, you should consider turning to a financial advisor.

Public (formerly Matador) is a social platform connected to a brokerage (T3 Securities) and your bank account. The idea is that if you see other people buying and selling stocks, especially your friends, you’ll find it less intimidating. You’ll also get ideas for what to buy.

Aside from the social aspect, Public’s big appeal is that it’s free. There are no commissions when you buy or when you sell. And you can buy basically any stock or exchange-traded fund. The only equity securities you can’t buy are stocks sold over the counter.

What’s more, the money that sits in your account earns 2.5% interest (up to $10,000). As of the writing of this review, that matches the best savings interest rate found online.

Sound too good to be true? As mentioned earlier, there is one big drawback for investors who want to make frequent trades. The app will cap you at four round trades (meaning you can buy four stocks and sell them) per day. 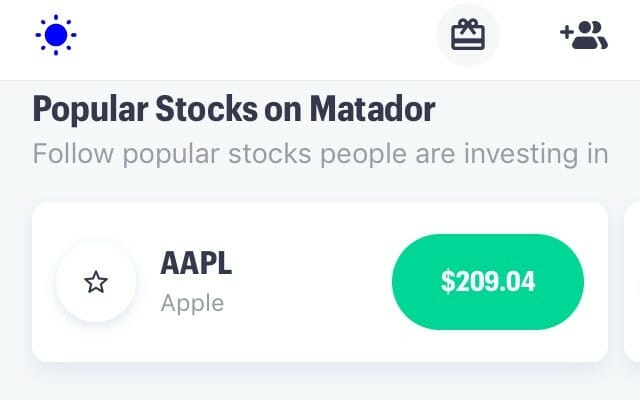 Public is the brainchild of Jannick Malling and Matt Kennedy. Both started their careers in the financial services industry, and as Malling writes on Medium, “instead of exploring the markets solo, we found ourselves texting with our friends a lot about stock and fund ideas (well, the ones that we could afford), and the early idea for Matador was born.”

With their app, Malling and Kennedy hope to make investing more inclusive by empowering young people and giving them free access to trading.

It’s not entirely clear how the app makes money. Some online reviewers suggest the company earns interest off the cash sitting in accounts, but that seems unlikely given how much interest the company pays out.

Several venture capitalists have signed on to invest in the company. As of the writing of this review, Public has raised $8.5 million in funding in two rounds, according to Crunchbase. Its backers so far are Greycroft (Seed and Series A), Accel (Series A) and Advancit Capital (Series A).

Matador had a soft launch in 2017 and became available to the general public in early 2019. It changed its name to Public at the end of August that same year. According to Crunchbase, it gets roughly 1,000 downloads a month. The app is currently only available for iOS. Users on the Apple App Store have rated it 4.3 (out of 5) stars.

Why You May Like the Public (Formerly Matador) App

If you are looking to start an investment club, this app would be great for you. Members can follow each other and automatically see each other’s trades. The platform also provides investing themes to explore, such as tech giants, S&P 500 companies led by female CEOs, IPOs and cannabis companies.

Also, anyone who makes daily trades will like this app, as the first four purchases are commission-free. Though Public has its sights set on newbie (and young) investors, there’s no reason why veteran investors can’t use it, too. In fact, day traders have been discussing it in online forums (they say just to do the four free trades to avoid having your account suspended – day trading is not allowed on the app). The app allows you to make limit and stop-limit orders as well as market orders.

Why You May Not Like the Public (Formerly Matador) App

If you don’t have an iPhone, this app isn’t for you. At least not until Public releases its Android version, which its site says will be soon. (SmartAsset called to get a date and was told that Public is working on it but has no date to provide). You can sign up on the site to be alerted when the Android version does become available.

Also, this app may not be for you if you make a lot of trades and want to use only one platform. As mentioned earlier, day trading is not allowed – and accounts found to be making more than four round trades (the technical definition of day trading) will be restricted.

You may also be put off if you don’t want others to know generally what you’re buying and selling – or when. Of course, details like share quantities are not publicized. And you can always turn off the sharing feature or limit access. But the app will have your transaction information, which it will aggregate with all community data for its trending data feed.

Finally, you must be in the U.S. to use the app. 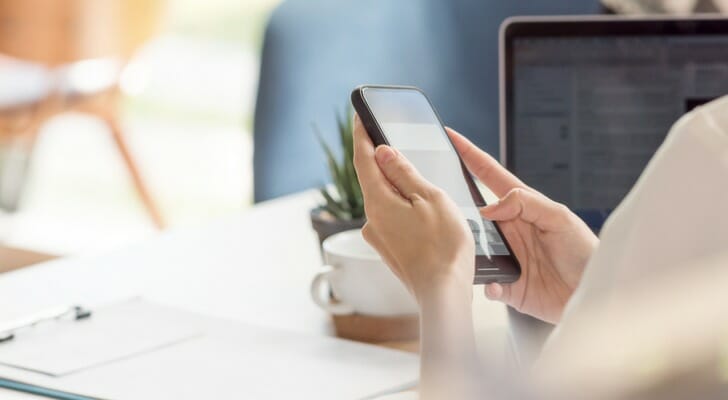 How to Get Started Using the Public (Formerly Matador) App

Go to the Apple App Store to download Public (it’s free). Once it’s on your iPhone, you’ll have to answer nine personal questions in order to open an account. You’ll be asked for your:

After you’ve provided this information (you can skip giving your Social Security number for now), you’ll have access to the social platform and can see what is trending. Setting up a brokerage account will involve providing even more sensitive info (plus, if you skipped it, your Social Security number, which is required for tax reporting purposes).

A relative newcomer to the fintech space, the Public app seeks to democratize investing by empowering people who are new to it – and providing commission-free trades. Like Venmo, it offers a platform where community members can see what others are doing. Investing clubs may find this social platform convenient, but most users will probably want the app for the free trades – and a great interest rate on cash balances.

Caroline Hwang, CEPF® Caroline Hwang has been writing about personal finance for more than 20 years. She is a Certified Educator in Personal Finance (CEPF®). Her work has appeared in print and online, including in the New York Times and HuffPo. Before coming to SmartAsset, she worked on the staffs of such publications as Glamour, Redbook and Good Housekeeping. Caroline has a bachelor’s from the University of Pennsylvania and an MFA from New York University. She has yet to beat her young son at chess.