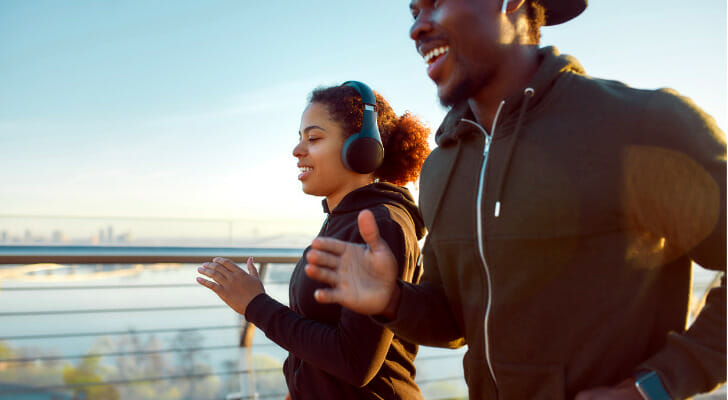 The COVID-19 pandemic has made road races less frequent and temporarily closed down many indoor workout facilities. Now, as restrictions ease amid the increased percentage of vaccinated Americans, many may be poised to reclaim their exercise routines. In light of these dynamics, SmartAsset has identified and ranked the best cities for runners.

To find the best cities for runners, we considered the following metrics: walk score, pedestrian fatality rate, gyms per 10,000 residents, number of races in 2019, percentage of the city that is parkland and income after housing costs. For details on our data sources and how we put all the information together to create our final rankings, check out the Data and Methodology section below.

This is the 2021 edition of our study on the best cities for runners. Read the 2020 version here. 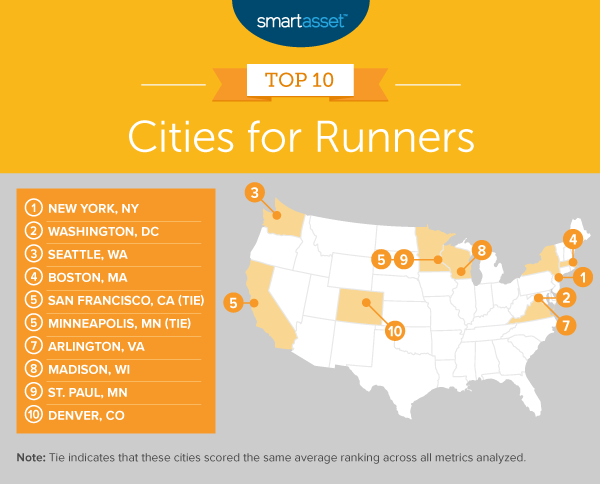 Seattle is the highest-ranking West Coast city on this list. The Emerald City ranks 10th for its walk score (73.1) and 11th for its number of 2019 professional races (58). Runners in the city also have the sixth-highest income after housing costs ($79,290).

San Francisco has the third-highest walk score in the study, at 86. It ranks second for median income after housing, at $98,023. The city, however, falls to the bottom half of the study in pedestrian safety, with 2.26 pedestrian fatalities for every 100,000 residents (measured at the state level).

Minneapolis is the highest-ranking Midwestern city in this study. It has the lowest statewide pedestrian fatality rate, with 0.75 fatalities for every 100,000 residents. The city also has 1.86 gyms for every 10,000 residents. And residents have an average income of $51,285 after housing costs, ranking 35th.

The median income in Arlington is $94,675 after housing costs, ranking third in this study. Arlington also ranks second for gyms, with 2.41 facilities for every 10,000 residents. This Washington, D.C. suburb, however, ranks outside of the top quartile in professional races, having hosted only 33 in 2019.

Madison, Wisconsin ranks third in pedestrian safety, with 0.96 fatalities for every 100,000 residents in the state. This city also has 2.3 gyms for every 10,000 residents, a fourth-place ranking for this metric. Madison, however, ranks 36th for walk score, at 48.7.

St. Paul, Minnesota is the safest city for runners in this study, with 0.75 pedestrian fatalities for every 100,000 residents statewide. It also has a lot of running space, with 14.14% of the city made up of parkland, 21st place for this metric in the study. In addition, St. Paul is 41st in the study for median income after housing costs ($49,278).

The Mile High City ranks fifth in gym density, with 2.28 workout facilities for every 10,000 residents. It’s 19th on the list for competitive races, hosting 50 in 2019. Denver, however, doesn’t have as many parks to run in, finishing in the bottom half, with only 8.43% of the city made up by parkland. 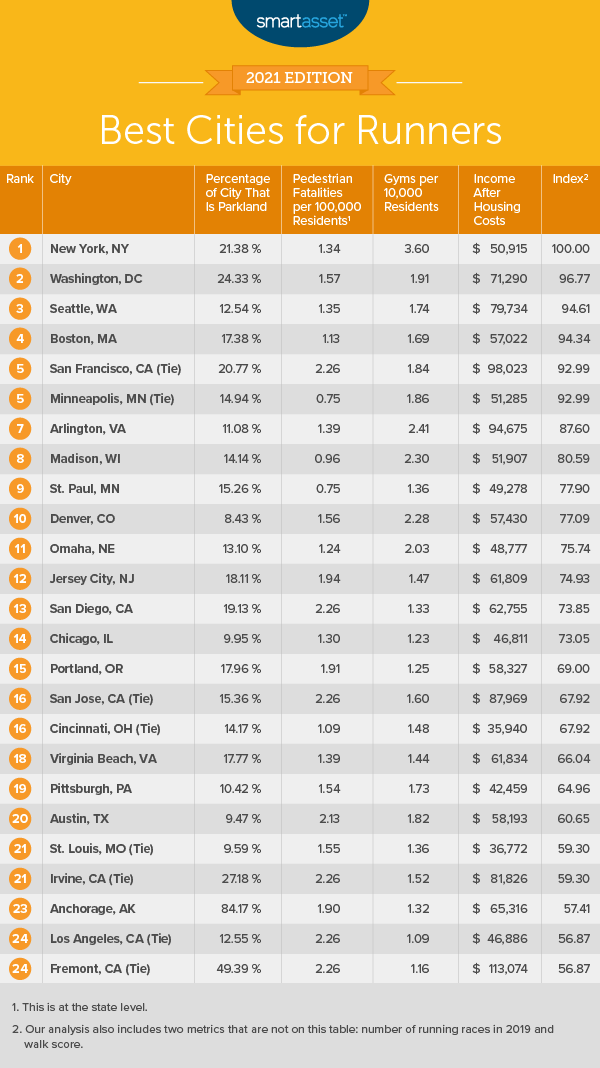 To find the best cities for runners, we analyzed data for 95 of the largest cities across the following six metrics:

Tips for Going the Distance With Your Financial Plan