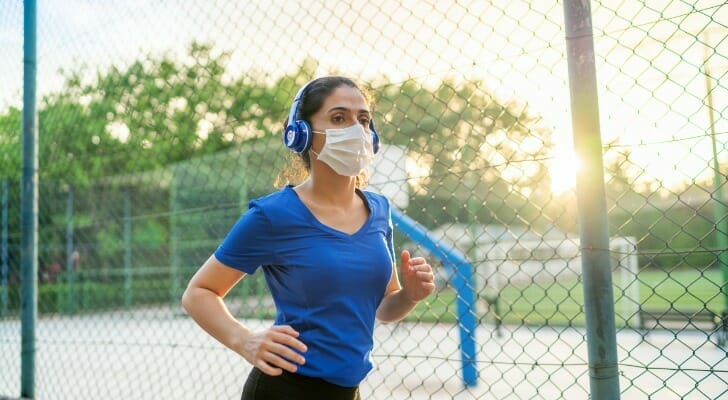 Given that so many Americans were stuck indoors and without access to gyms during the height of the COVID-19 pandemic, those looking to burn some of those quarantine calories and stay healthy may look to running as a premier way to get some exercise. Road races may be less abundant, but those hankering to pound the pavement can maintain social distance measures through distance running. Of course, runners can incur a range of expenses – from buying new shoes to signing up for gym memberships and even purchasing a treadmill. So even as you mind your fitness, it’s important to watch your wallet too. But living in an area well-suited to running can help mitigate these costs and enable you to save more actively. To that end, SmartAsset analyzed factors such as the frequency of races, concentration of gyms, affordability and walkability to determine the best cities for runners nationwide.

More specifically, we looked at data for 95 of the largest U.S. cities across the following six metrics: walk score, pedestrian fatality rate, number of gyms per 10,000 residents, number of races in 2019, percentage of the city that is parkland and housing costs as a percentage of income. For details on our data sources and how we put all the information together to create our final rankings, check out the Data and Methodology section below.

This is SmartAsset’s fourth study on the best cities for runners. Read the 2019 version here. 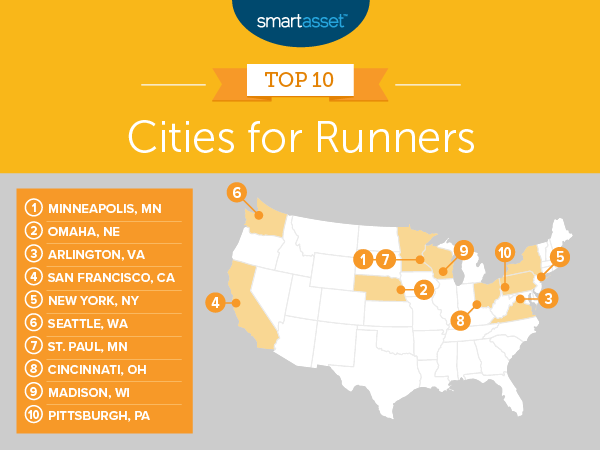 Minneapolis, Minnesota, the No. 1 city for runners, has the lowest pedestrian fatality rate across all 95 cities we examined, with a rate of just 0.68 fatalities per 100,000 residents. Minneapolis also has 1.83 gyms per 10,000 residents, the seventh-highest amount for this metric in this study. In addition, the city had 53 races in 2019, ranking 12th-highest in the study for this metric. So whether you want to run competitively or just hit the treadmill, Minneapolis could work for you. And if you’re having trouble keeping your funds from running away from you as you manage your budget around these expenses, it might be worthwhile to speak to one of the many financial advisors who run their businesses in the Minneapolis area.

Arlington, Virginia has the second-highest number of gyms per 10,000 residents of any of the 95 cities in our study, at approximately 2.4. The city also ranks seventh overall for housing costs as a percentage of income, at slightly more than 20%. Arlington has a walk score of 68.9, the 15th-best score for this metric of any of the cities we analyzed.

San Francisco, California had the third-highest walk score in this study, at 86. It also ranks within the top 10 of the study for the following metrics: number of gyms per 10,000 residents (approximately 1.8), number of races in 2019 (59) and percentage of the city that is parkland (approximately 19.6%).

New York City ranks first overall in terms of walk score, at 89.2. It also has the highest number gyms per 10,000 residents, at approximately 3.6. The city hosted the sixth-highest number races in 2019, a total of 67. New York is expensive, though, and ranks low in the study with regard to average housing costs as a percentage of income, roughly 28%, at 86th out of 95.

The other twin city, St. Paul, Minnesota, ties for the lowest pedestrian fatality rate in the study, at 0.68 per 100,000 residents. The city also consists of approximately 15.3% parkland, the 19th-highest percentage for this metric overall. In terms of number of gyms, St. Paul has 1.27 per 10,000 residents, ranking 36th overall for this metric

Madison, Wisconsin ranks fourth for the metric of pedestrian fatality rate, at just 0.97 per 100,000 residents. It also has the fifth-highest number of gyms across all 95 cities in the study, at 2.05 per 10,000 residents. Additionally, Madison ranks 25th overall for the percentage of the city that is parkland, at almost 14%. 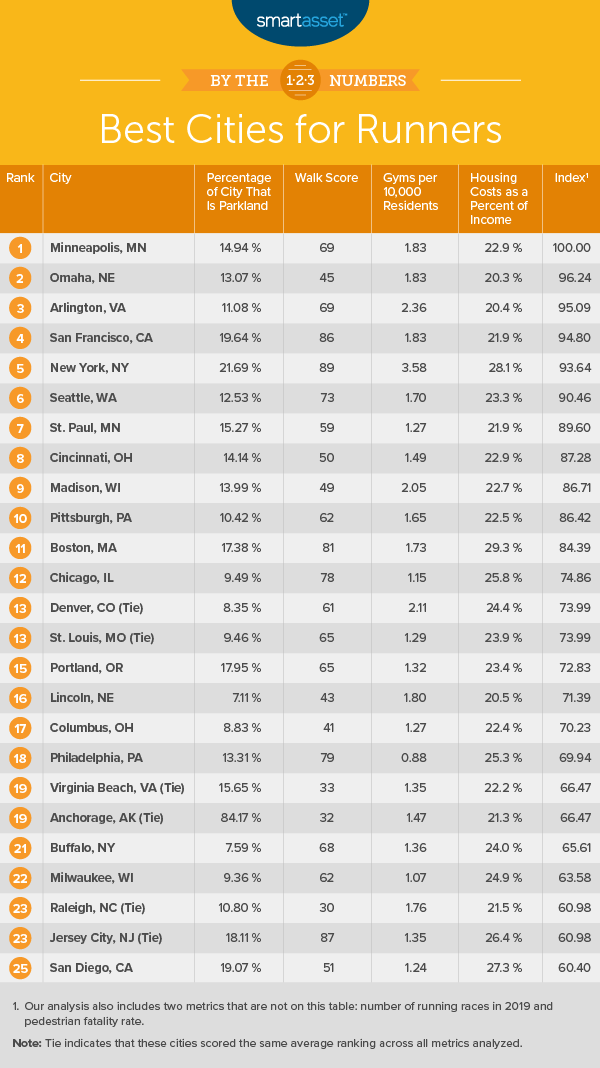 To find the best cities for runners, we analyzed data for 95 of the largest cities across the following six metrics: