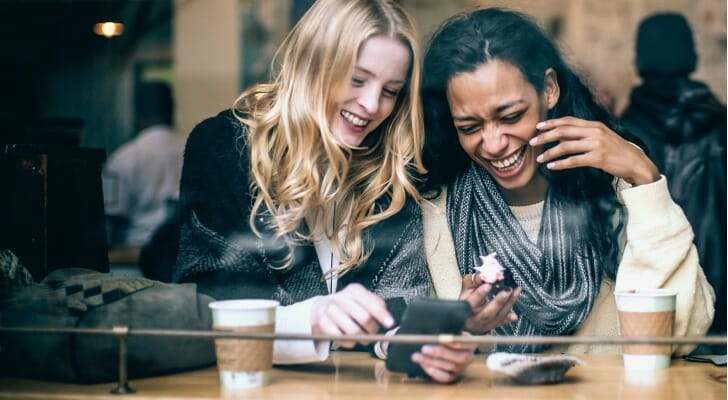 The majority of American adults are coffee drinkers. According to research from the National Coffee Association in 2018, 64% of Americans 18 or older said they drank a cup of coffee the day before. And cravings for a java boost are on the rise: Google data shows that interest in coffee in the U.S. is up 43% over the past five years. But if you are passionate about your caffeine intake, you may find that this relatively expensive beverage negatively impacts savings. Depending on where you live, though, it is possible to find high-quality coffee at a home-brewed price. Below, we rank the best cities for coffee fanatics.

This is SmartAsset’s 2019 version of this study. Check out the 2018 version here. 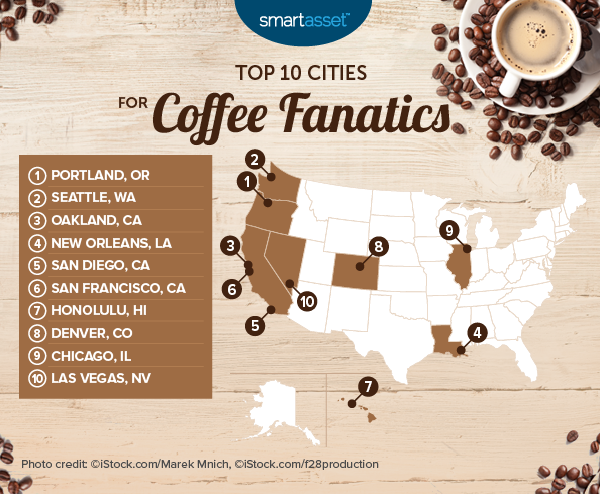 Portland occupies the top spot again. You can bet on the quality of the coffee in Oregon’s largest city. Portland ranked first in both the number of dedicated local roasters and the number of highly rated cafes. This city also had the second-highest Google search traffic for coffee. Variety isn’t a problem here either. Portland ranked eighth and sixth respectively for total number of coffee shops and number of coffee shops per 100,000 residents.

That Seattle is a top spot for coffee lovers shouldn’t be a surprise to anyone in light of coffee’s place in the city’s history. Seattle has long been at the cutting edge of coffee and that history bleeds into the local culture. It ranks below only two other cities in our study for Google search traffic for coffee. It makes sense that everyone is doing thorough research when trying to track down the perfect cup of joe: This city has nearly 1,800 different coffee spots to choose from.

The best coffee and the best coffee spots are typically expensive. In Seattle, a cappuccino would cost you $4.30 on average. But in Oakland, California, the third city on our list, a cup of the espresso-steamed milk-froth combination will cost you $3.86 on average. Oakland also has 16 dedicated roasters in the local area, meaning coffee shops in the area have access to freshly roasted and ground coffee.

New Orleans has a distinct coffee culture. Residents here search Google for “coffee” 18% more than the national average, giving this Louisiana city a top-20 rate in that metric. New Orleans also has approximately 147 coffee places per 100,000 residents, another top-20 rate.

San Diego ranks third in our study for number of highly rated cafes (tied in this metric with Chicago, another top-10 city). It also has slightly more than 2,000 cafes, which factors into its overall ranking at fifth in our top 10 cities for coffee lovers. Coffee drinkers will also appreciate San Diego’s access to freshly roasted coffee beans. The city has seven dedicated roasters in the area, the ninth most in the country. Something to give a coffee lover pause before ordering, however, is the local cost of coffee in San Diego. Data shows that the average cappuccino will cost $4.38.

Only one city in our top 10, Chicago, has a wider variety of coffee shops than San Francisco. So if you are the type of person who likes to sample various cafes and explore different parts of the city, San Francisco may be a good place for you. According to our data, there are nearly 2,600 coffee spots in San Francisco. But coffee is no exception when it comes to the city’s high cost of living. Numbeo estimates that the average cappuccino in the Golden Gate city will cost nearly $4.50.

What could be better than sipping on your favorite beverage in the paradise of Honolulu? Presumably not much, but the average cost of a cappuccino in Honolulu may be a small drawback. Honolulu has the highest average cappuccino price in our study, at $5.07. It does, however, also offer many highly rated coffee shops from which to choose. Honolulu ranks fourth in our study for cafes per 100,000 residents.

Denver has a little bit of everything to offer a coffee lover. There is a burgeoning local coffee culture, evidenced by how often locals search Google for the term “coffee.” Only 11 cities in our study google this beverage more often than the Colorado capital. Denver also ranks in the top 20 for the total number of cafes and ranks fifth for the number of highly rated cafes. Once again, though, coffee at its best can be expensive. Denver ranks 85th in our study for the average cost of a cappuccino.

Last year, Chicago just missed the top 10, finishing in 11th. This year, it made the jump into the top 10. The Windy City has the third-highest number of coffee shops in the nation, a little less than 2,700. What’s more, 43 of those cafes are highly rated, helping Chicago rank third in that metric as well. The 12 local dedicated coffee roasters also help ensure that the city’s many coffee shops stock freshly roasted beans.

Las Vegas is perhaps known for beverages other than coffee, but the data suggests you shouldn’t overlook the coffee scene there. This city ranks seventh for the total number of cafes and fifth for number of cafes per 100,000 residents. Even if it takes a few extra searches and taste-tests, you should be able to find the spot that makes your coffee just how you like it. 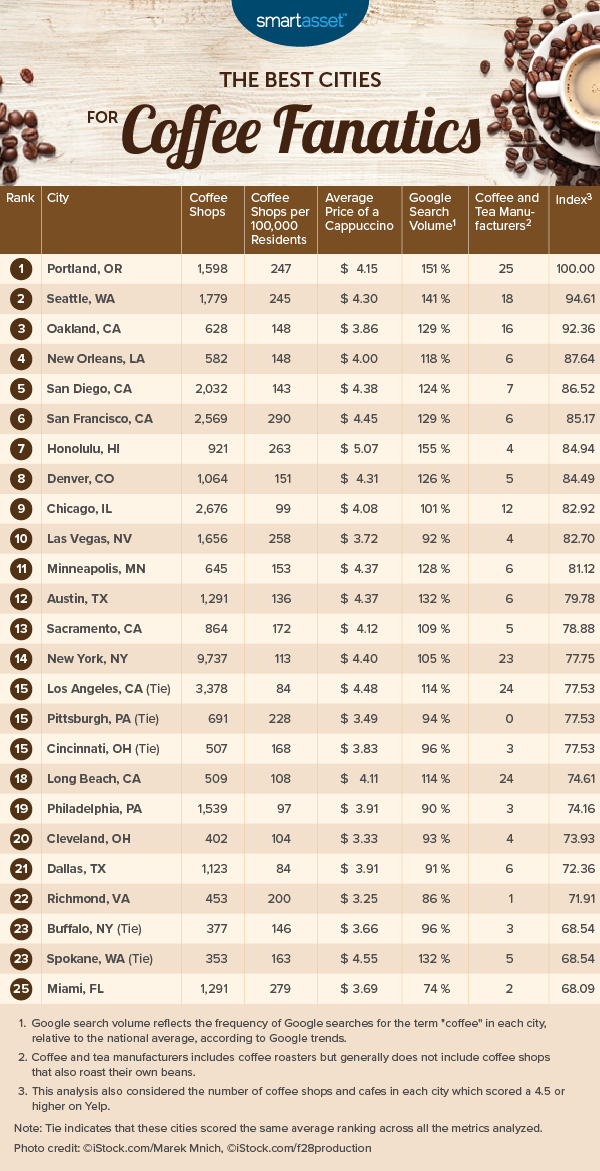 In order to find the best cities for coffee fanatics, we looked at data on the 100 largest cities in the U.S. We specifically looked at the following six metrics: