The Cost of Living in San Diego 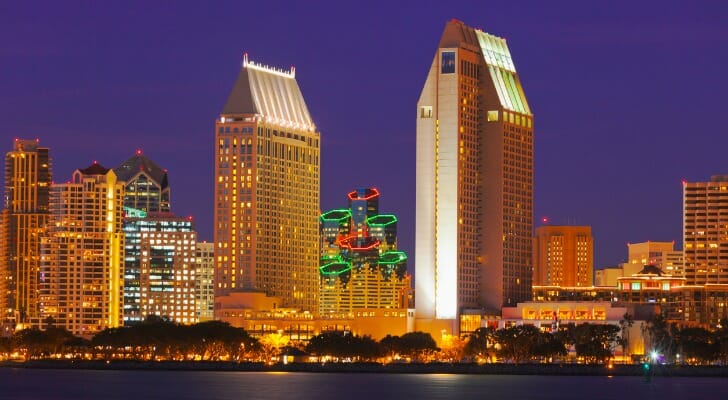 Life in a sunny city by the Pacific Ocean sounds pretty appealing to most people. If you’re considering moving to San Diego, you’re probably wondering whether you can afford to live in what’s officially nicknamed “America’s Finest City.” As far as housing costs go, the city is rather expensive. This is true regardless of whether you’re looking to buy or rent.

Consider working with a financial advisor as you determine what it costs to move to a different city.

If you don’t yet have the savings for a down payment, renting is your only option. As of July 2022, the average rental price in San Diego was $2,916 for a unit that is 875 square feet.

Depending on where you’re from, those rents may sound outrageous. Even still, the San Diego price-to-rent ratio is high, meaning that renting could be a better deal than buying. Of course, your rent-vs. buy decision will depend on your specific financial situation. To figure out if a mortgage is even a viable option for you, check out SmartAsset’s mortgage calculator.

While housing in San Diego is far more expensive than other parts of the United States, utilities are more in line with the national average. You can expect to pay an average of $130 to $138 per month for electricity, water, garbage and natural gas. That’s a bit more than you would have to pay in San Francisco but slightly less than you would have to pay in Los Angeles. 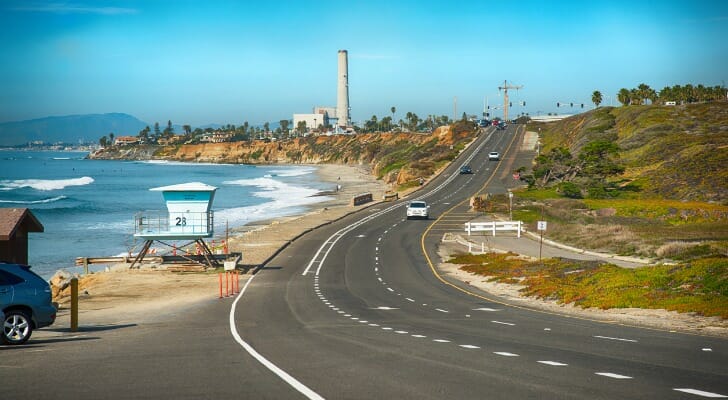 Once you have your housing and utilities taken care of, you need to think about how you’ll get around. A monthly pass on San Diego’s public transit system costs $72 and $100 for express service. There are significant discounts available for senior citizens, disabled people, those on Medicare and children as well. These are $32 and $23, respectively.

If you prefer to have a car, you’ll need to pay for gas. According to GasBuddy (October 2022), a gallon of gas in San Diego costs $4.70. That’s right in line with California’s average price. But if you compare it to the $3.79 national average, it doesn’t look so great.

The best way to save money on food is to cook at home. But even that is getting more and more expensive. The average monthly grocery bill has jumped 10.8% in the 12 months ended Oct. 31, 2022.

As of May 2022 the average monthly grocery bill was about 13% higher than the national average. San Diego residents who choose to go this route will spend about $291 a month on groceries.

California is known for its high taxes. In fact, it boasts the highest income tax rates in the U.S. As far as San Diego-specific taxes go, the sales tax rate is 7.75%. There’s one respite: As with the rest of California, property taxes are low, and the average effective property tax rate for San Diego county is 0.76%. If you want to see what your tax burden will be like in California, check out our free tax calculator. Outside of the basic necessities of life, there are plenty of fun things to do in San Diego. The good news is that many of them don’t cost anything, with ample hiking trails and beaches that are accessible for free. There are some other activities you can pay for, though.

An adult ticket to the famed San Diego Zoo will cost you $65 for adults (a ticket for a child aged 3 to 11 is $55). The San Diego Padres have some of the cheapest tickets in all of Major League Baseball (despite playing in one of the league’s most beautiful ballparks, Petco Park). Tickets for the Padres 2023 season home opener (March 30 against the Colorado Rockies) range from $108 to $858.

Tips on Moving to the Golden State