Where Seniors Are Staying in the Workforce 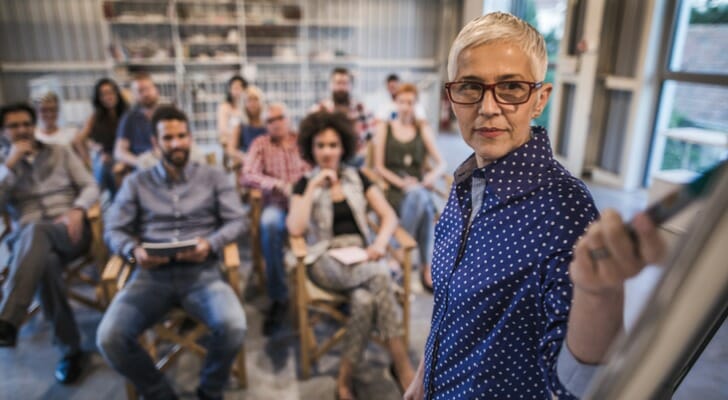 Across America seniors are putting off retirement and staying in the workforce longer. According to Bureau of Labor Statistics data, the percent of Americans age 65 and over who are still in the labor force has nearly doubled in the past two decades. In 1996, only 12% of Americans 65 and over were still in the workforce, while in 2016 that number rose to over 19%. In order to shed more light on this issue, SmartAsset analyzed local data to find the places in America where seniors are staying in the work force. 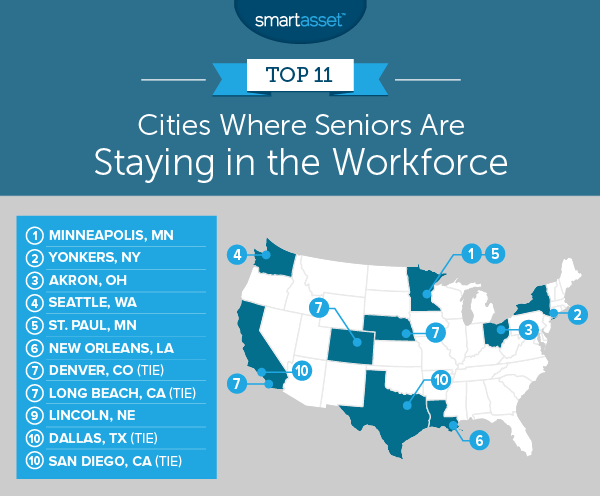 Minneapolis takes the top spot. Census Bureau data shows that Minneapolis seniors have increased their participation in the labor force by 4.6 percentage points. In 2012, 17.5% of residents aged 65 or over were employed or looking to work but in 2016 that number climbed to 22%.

Why seniors in Minneapolis have decided to stay in the workforce is unclear. However one potential explanation for why seniors here feel the need to keep working is the tax burden. According to our analysis, Minnesota is one of the least-friendly states for retirees.

Seniors in Yonkers have decided to stay in the workforce rather than retire, according to our analysis. In 2012 under 16% of residents aged 65 or over were in the workforce. By 2016, that number had climbed to nearly 20% for a percentage point increase of 4%.

Overall the economic conditions in the city are quite poor, with the civilian population over the age of 16 experiencing an unemployment rate of over 8%. Fortunately, seniors do better. Residents aged 65 or over in the labor force have an unemployment rate under 6% here.

Unlike Akron, Seattle is booming. Seattle is one of the top destinations for millennials and rent costs in Seattle are soaring. Even in 2012, it was common to see a senior in the workforce. This city had the third-highest 2012 senior force participation rate in our top 10 at 18.2%. As of 2016 that number sat at 21.2% for an increase of 3 percentage points.

That means over one in every 5 seniors in Seattle is still working or looking for work.

Once again Minnesota is fairly tough on retirees when it comes to paying taxes, so maybe that is encouraging seniors here to work as long as they are able.

Many seniors in Denver chose work over retirement in 2012. Data from the Census shows that only 82.5% of seniors in Denver were not in the labor force. By 2016 that number had grown to 79.8%, meaning an additional 2.7 percentage points worth of retirees decided to stay in the workforce.

If we were just ranking overall labor force participation rate for seniors, Lincoln would rank higher than ninth. According to data from 2016, nearly 22% of seniors in Lincoln were working or looking to work. That is a 2.6 percentage point increase from 2012 when 19.1% of seniors were in the workforce.

One reason seniors here may be encouraged to keep working is the robust labor market. According to Census Bureau estimates, only 3.6% of residents are unemployed and only 1.7% of seniors are unemployed.

Dallas comes in tied for the final spot. Seniors in Dallas have typically stayed in the workforce. In 2012, nearly 20% of residents aged 65 or over were working or looking for work. That figure increased by 2.5 percentage points to 22.3%.

Seniors in Texas have the benefit of working in a retirement-friendly state both in terms of taxes and cost of living.

The last city on this list is San Diego. San Diego would probably be a nice place to retire with its sunny weather and coastal life style. However it’s not a cheap place to live.

In general seniors here have decided to spend a few more years in the workforce before calling it quits on their careers. From 2012 to 2016, the labor force participation rate for seniors increased from 15.9% to 18.4%. 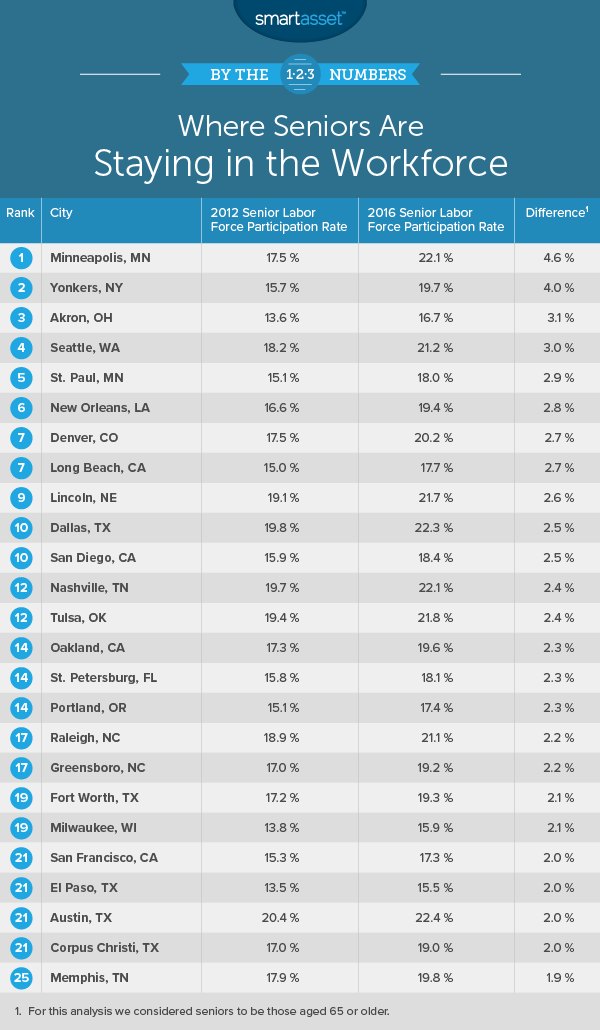 In order to rank the cities, we calculated the difference between the 2016 and 2012 senior labor force participation rate. We ranked the cities with the largest difference first and smallest difference last.