Wes Moss: All About the Financial Expert 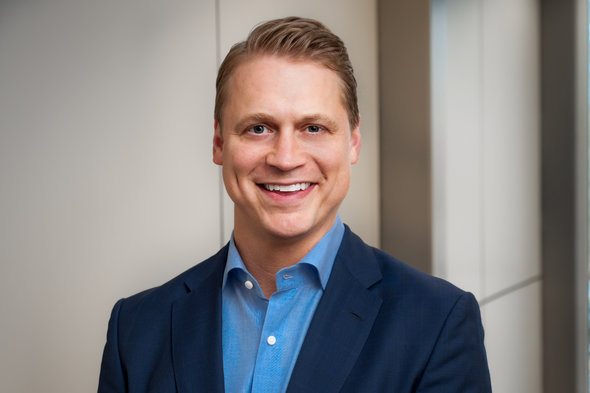 Wes Moss has spent his career helping people to retire as soon as possible and as happily as possible. As a certified financial planner, Moss has experience showing people ways to reach their financial goals. He has also worked with people of all levels to help create them create retirement plans.

As you start planning for retirement, there is one rule-of-thumb that Moss says you shouldn’t follow. In his book, “You Can Retire Sooner Than You Think,” Moss talks about the rule of keeping your rent/mortgage payments to 30% of your monthly income. He advises people to keep their payments even lower than that. Moss says that keeping your mortgage to 30% of your monthly income is the equivalent of doing just enough to get by. If you truly want to build savings, he recommends keeping your mortgage payments in the 10% to 15% range.

Keeping your mortgage or rent payments low will also help with his advice of saving 20% of your income each year. Now 20% may sound like a lot. But in his book, Moss says it’s necessary if you want to retire early. Some people recommend that you save 10% of your income. Moss thinks that’s a great way to start but he says it’s not enough.

Another important idea that Moss talks about on his show and in his books is building multiple streams of income. Moss surveyed over 1,350 retirees before writing “You Can Retire Sooner Than You Think,” and found that the vast majority of happy retirees have two or three sources of income in retirement. On the other hand, unhappy retirees were most likely to have only one source of income.

The rule says that every $240,000 you have in retirement savings will translate to about $1,000 per month in retirement (assuming a withdrawal rate of 5% per year). Of course, this is just a rule-of-thumb and you may need more or less depending on when you retire and how much money you withdraw each year. However, Moss likes the $1,000-a-month rule because it helps people to quickly get an idea for how far their retirement savings will go.

In his book, Moss also recommends investing in real estate to create another source of income for yourself. This may sound intimidating to some people so he says to start small. He tells people to aim for something in the $100,000 range like a small home, ranch or condo. Once you pay off that mortgage you’ll have an asset that you can earn money from each year.

A Brief Bio of Wes Moss 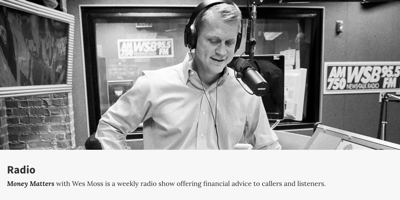 Wes Moss was born in 1976 in Pennsylvania. He earned a degree in economics from the University of North Carolina at Chapel Hill. He started his career as a financial advisor for Prudential Securities. Then he moved to UBS Financial Services to serve as Vice President – Investments. At this time he also became a certified financial planner (CFP). In 2004, Moss was a contestant in season 2 of “The Apprentice.”

In 2009, Moss joined forces with Capital Investment Advisors (CIA). He now serves as chief investment strategist at CIA. CIA manages more than $1 billion in client assets. Moss is also a partner at Wela, which is a digital advisory service that offers free financial management tools to clients.

Wes Moss contributes to or hosts a number of programs and shows. He is the host of “Money Matters,” a radio show in Atlanta, Georgia. “Money Matters” bills itself as the country’s longest-running live call-in, investment and personal finance radio show. Previously, Moss was the host of “Atlanta Tech Edge,” a TV program where he covered technology business in Atlanta. He contributes regularly to the website of fellow Atlantan, Clark Howard. He has also written three books on the topic finance.

Wes Moss is all about retirement. He is a CFP and has worked his entire career helping people to retire early and comfortably. His advice is directed mostly at people who are in their prime working years, but he has advised people at all stages of life.

Moss is also very interested in the idea of happiness. Not many financial planners or advisors talk about happiness. They focus strictly on building wealth or reaching certain dollar values. Moss thinks this is the wrong approach. As he explains in his book, “You Can Retire Sooner Than You Think,” he believes happiness is a vital part of planning and saving for retirement.

Where You Can Find Wes Moss

Moss is the host of “Money Matters With Wes Moss,” a weekly radio show that offers financial advice. Listeners can also call in to the show and have their questions answered live. The show airs for two hours every Sunday morning.

You can get Moss’ financial advice in his podcast, “Money Matters With Wes Moss.” Episodes are about 30 minutes long and cover many of the same topics as his radio show.

Wes Moss released his latest book, “You Can Retire Sooner Than You Think,” in 2014. The book provides a retirement guide to help people retire happily.

The book developed in response to the question of whether or not money can buy you happiness in retirement. To answer that question, Moss conducted an online survey with more than 1,350 retirees across the U.S. He asked them more than three dozen questions on a variety of topics. Then he combined the findings from this study with everything he has learned through his career about retiring early and comfortably. 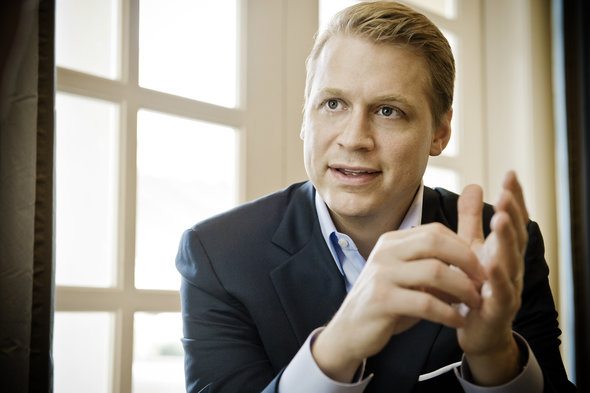 Wes Moss works hard to help people meet their retirement goals. This has been the focus of his career and his latest book also digs deep into the subject. For Moss, it isn’t just about the financial numbers though. He believes that the key to a good retirement is understanding what makes people happy. This isn’t very common for financial planners (Moss is a CFP). So if you’re looking for a way to create a solid retirement plan while also having the happiest retirement possible, you should look at Wes Moss’ work. His latest book, “You Can Retire Sooner Than You Think,” is particularly focused on happiness.

Tips to Help You Have a Happy Retirement