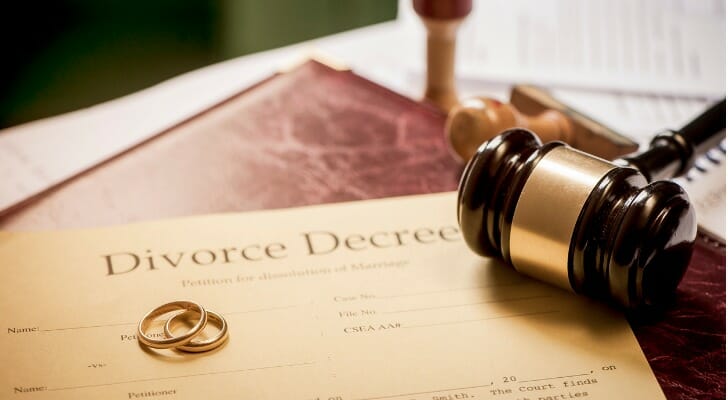 Going through a divorce is never easy. But if you live in Illinois, it’s important to be aware of Illinois divorce laws before going deep into the proceedings. There are certain eligibility requirements one must meet to even file for divorce. In most cases, you’d need grounds for divorce such as adultery or felony conviction. Furthermore, Illinois courts divide marital property as it deems fair. But this doesn’t always mean an even split. Divorce can mean a period of great mental anguish, but it doesn’t need to be hard on your bank account. This article will cover how Illinois divorce laws apply to all possible situations and allow you to be better informed so you can plan accordingly. You may also consider linking up with a financial advisor who can advise you about the financial situations surrounding a divorce.

How to File for Divorce in Illinois

Illinois divorce laws state an individual must have been a state resident for at least 90 days before filing for divorce. The plaintiff (person filing) can file for divorce at the circuit court in the county where either spouse resides.

Grounds for Divorce in Illinois

With one exception, a spouse generally needs fault-based grounds for divorce in Illinois. This means a spouse would need a specific reason to end marriage. We list some common legal grounds below:

Illinois divorce laws allow for one “no-fault” exception, however. Generally, a spouse can file for divorce if the couple has lived separately for at least two years and attempts at reconciliation have failed, or if such efforts would work against the best interests of the family. The couple can waive the two-year requirement with a written stipulation as it had been separated for at least six months before doing so.

Process for a Divorce

Once a spouse has valid grounds for divorce or reasons for an exception under Illinois divorce laws, that spouse can file for divorce. The plaintiff can deliver the official Petition for Dissolution of Marriage to the defendant. The defendant has 30 days after being served to make a response.

How to Split Up Assets During a Divorce in Illinois

Under divorce laws in Illinois, financial assets such as brokerage accounts along with other investments and physical entities such as a house fall under the scope of property. But before a judge moves forward with splitting up this property, the court must determine what category the property falls under. Marital property belongs to both spouses. Separate property belongs to an individual.

However, separate property can turn into marital property. For example, when one spouse deposits inheritance money into a joint bank account under the names of both spouses, that money becomes marital property.

But after the court distinguishes between marital and personal property, the judge moves forward with breaking up marital property.

Under Illinois divorce laws, a judge will divide marital assets and physical property based on equitable distribution. This means the court will split property fairly. Keep in mind that this does not mean a straight 50/50 division based on the value of property and assets. Instead, the judge will weigh certain factors. We have listed some examples below:

Unlike with some states, however, misconduct in the marriage will not be among these factors. So if one spouse committed adultery, that doesn’t give the plaintiff a bigger stake in the marital property.

How to Divide Property in Illinois After Divorce 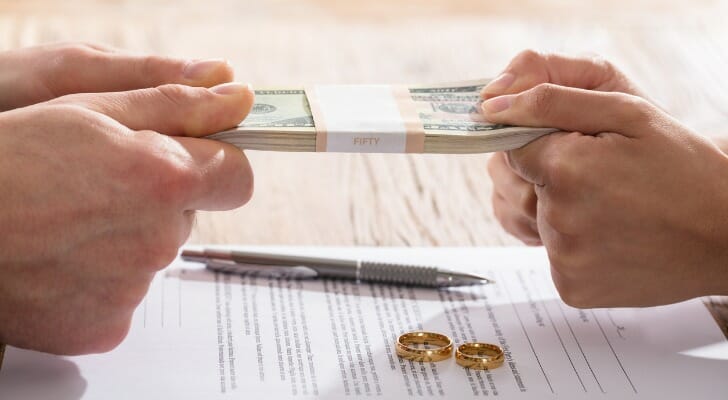 Just as with financial assets, a judge in Illinois divides physical marital property as fairly as he or she sees best fit under Illinois divorce laws. The judge will consider many factors. Below are some examples:

As you can see, the economic condition of either party can play a major role. This means the court may divide a larger portion of marital assets, including bank accounts and mutual funds to the lower-earning spouse.

How to Manage Child Support and Alimony Under Illinois Divorce Laws

Under Illinois divorce laws, a custodial parent may receive child support from the other parent. Illinois supports a Flat Percentage of Income Model when determining payment amounts. The formula generally disregards the custodial parent’s income. Instead, it’s calculated using the other parent’s net income minus certain deductions including the following common ones:

The statute defines the percentage taken out of net income as defined above. We provide the rates below:

The court will enforce these rules unless it finds they would be inappropriate after accounting for the best interest of the child.

Divorce laws in Illinois allow either party to receive alimony payments (or spousal support/maintenance payments). The court determines the amount of alimony as well as the duration based on numerous factors. Fault and marital misconduct are not among them. However, we listed some of the points the court may consider below.

In addition, a spouse can request temporary alimony as the divorce remains pending. Both spouses can agree on an amount, or the court can make that decision. This alimony typically ends once the judge issues a final judgement on the divorce.

401(k) and IRA Plans and Divorce in Illinois

Generally speaking, a judge treats retirement plan assets as any other type of property under Illinois divorce laws. But there are some things you should know about splitting up a 401(k) in a divorce. First, the judge will determine which portion of the plan assets is marital property.

Moving forward, the court will consider many of the same factors mentioned above when deciding how these financial assets should be divided. In the case of a 401(k), the judge would issue a Qualified Domestic Relation Order (QDRO) to the plan administrator(s).

This document details how the account would be divided and by what means. In this case, you may be better off if the shares are stated as percentages instead of dollar amounts. The move may protect either spouse during major market swings.

But keep in mind that some plan administrators may have their own rules dictating how they move money around in a qualified plan in order to comply with stringent federal regulations. The court usually issues QDROs after finalizing the divorce.

But you want to make sure this is the case. Any movement of funds from a retirement plan like a 401(k) or even an individual retirement account (IRA) before the account holder reaches age 59.5 may leave him or her open to serious tax penalties.

Moving forward, recipients of funds have a few choices when it comes to taking their shares from a 401(k). The QDRO may direct immediate distribution. In this scenario, neither spouse would owe the 10% early withdrawal penalty if one applies at all. However, recipients would owe regular income tax on the amount they receive. This may not apply when dealing with a Roth 401(k). Both spouses can avoid either type of tax by setting up 401(k) rollovers into their own accounts.

The process for dividing an IRA is a bit different. A QDRO does not apply when dividing IRA assets. However, the couple should wait until the judge finalizes the divorce to avoid penalties and taxes. A divorce decree can be sent to the IRA administrator, indicating how the assets in the account should be split up. Either party would also benefit from transferring the right share directly to a personal IRA. This is known as a trustee-to-trustee transfer. This would steer both parties clear from potential penalties and taxes.

As you can see, splitting retirement plan assets can be particularly complicated, especially when you consider potential tax consequences and the true value of retirement savings. When analyzing these situations, it’s important for either spouse to find a financial advisor and divorce lawyer who can offer the guidance necessary to make this process run as smoothly as possible.

Divorce and Estate Planning in Illinois 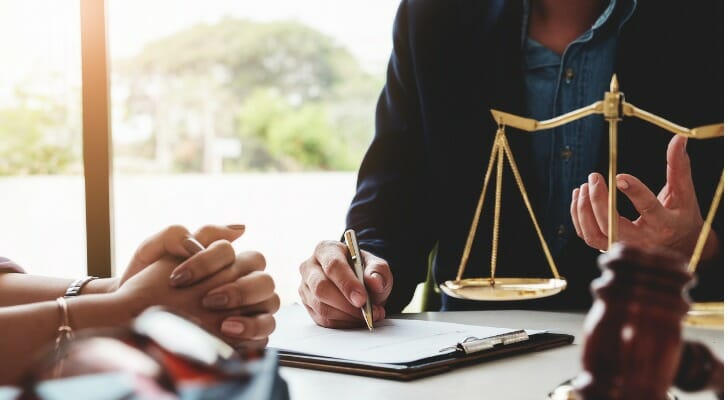 Under Illinois divorce laws when it comes to Illinois estate planning, the surviving spouse loses all rights to property designated in the will of his or her deceased ex. However, this statute applies only after divorce is finalized. What happens when a spouse dies as divorce proceedings are underway?

Generally speaking, the surviving spouse would still lay claim to property as designated in the will of the deceased. This is why it’s important to update your will and estate planning strategy in the midst of divorce proceedings. Qualified financial advisors and estate planning lawyers can serve as crucial guides here, especially if the divorce involves a large estate.

But if an Illinois spouse with children dies intestate, meaning without a will, the descendants would divide the estate of the deceased. This becomes ever more complex if the children were minors at the time of the parent’s death. In this case, a legal guardian would manage the inheritance. In case of a divorce, this usually means the surviving ex-spouse becomes the legal guardian. If the deceased spouse had no children, the ex-spouse essentially receives the entire estate.

One way to safeguard against this scenario is to establish a revocable living trust. As with any Illinois living trust, you establish this document in your lifetime and it dictates what happens to your assets and property when you die. Courts divide property in most divorce cases. But a spouse can still keep an ex from touching what’s left in his or her share after death. A revocable living trust allows individuals to change beneficiaries and trust provisions at any time. So both spouses may want to get their pens busy as the divorce proceedings take place.

Illinois divorce laws can be complex, so it’s important for either party to brush up on key details. These include eligibility to file for divorce and what the proceedings would look like. It’s also essential to know what marital property is under law and how such property may be divided among spouses. Keep in mind the rules about how property including retirement plan assets are divided. Child support and alimony may also play a role, but it doesn’t have to be permanent. And spouses can still protect their estates from exes in the event of death.

Tips on Protecting Your Finances During a Divorce