Where Women Are Buying Homes – 2020 Edition 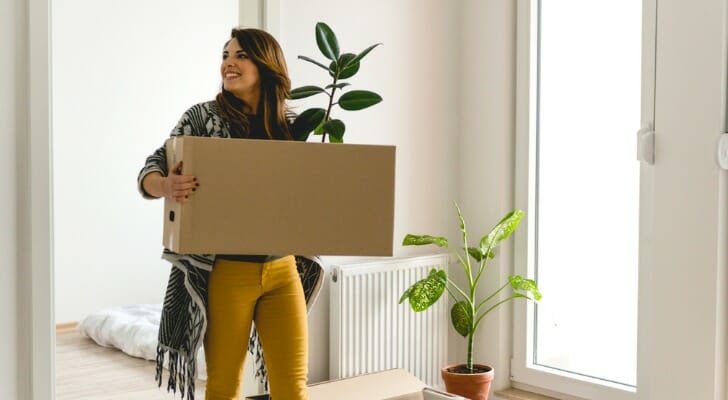 In this study, we identified some of the metro areas where women are buying the most homes relative to men. Using 2018 data from the Consumer Financial Protection Bureau (CFPB), we compared the number of approved mortgages for women to the number of approved mortgages for men. For more information on our data sources and how we created the final ranking, check out our Data and Methodology section below.

This is SmartAsset’s third annual study of where women are buying homes. Check out last year’s version here. 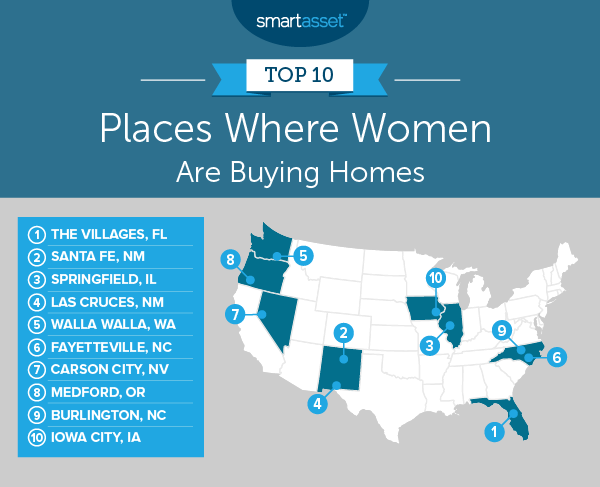 In 2018, women without cosigners bought 62 more homes than men without cosigners in the Villages, Florida. In total, women bought 468 homes while men bought 406 homes. As a result, approved mortgages for women as a percentage of approved mortgages for men were more than 115%, the highest rate across all 400 metro areas in our study. The Villages also ranks No. 1 in our study on the cities where seniors are prepared for retirement.

Las Cruces, New Mexico is about 300 miles south of Santa Fe. During the 2018 calendar year, a total of 619 mortgages were approved for homebuyers in Las Cruces. A majority of those, 314 to be exact, were for women homebuyers without cosigners.

Women bought homes in Walla Walla, Washington at a rate almost 3% higher than men in 2018. In gross terms, women without cosigners there bought 108 homes over the course of the year while men without cosigners bought a total of 105 homes. Of those homebuyers, women received an average loan of about $200,000 while men received an average loan of close to $230,000, which is almost 15% more. 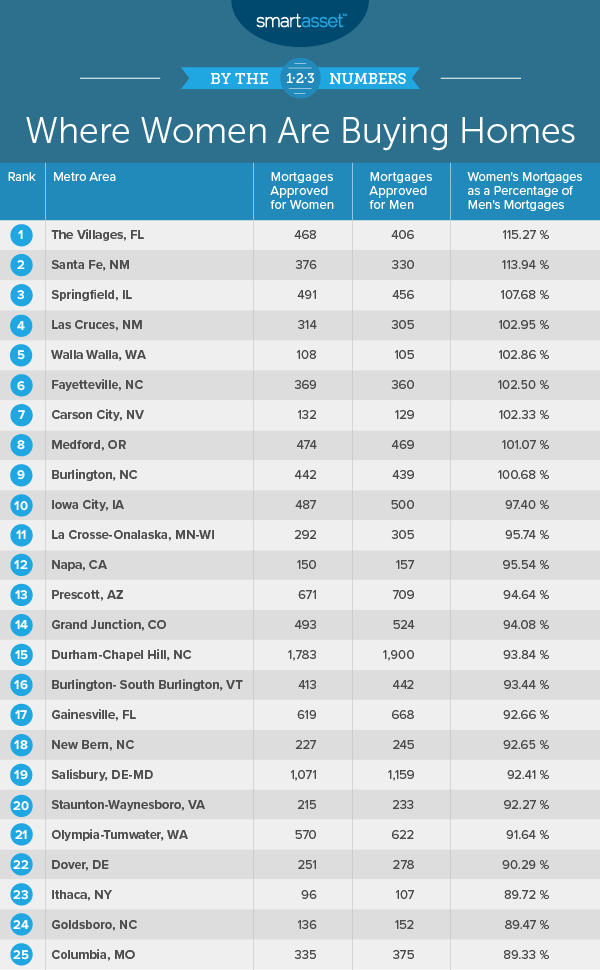 To find the places where women are buying the most homes relative to men, we looked at data for 400 metro areas. We compared them across the following two metrics:

For each metric, we counted only mortgages that were used to purchase homes rather than refinance an existing mortgage or those used for home improvements. We also only included convention first lien mortgages. To isolate homes bought by men and homes bought by women, we additionally only analyzed home loans secured by people without a cosigner.