Best Places to Retire in Nevada 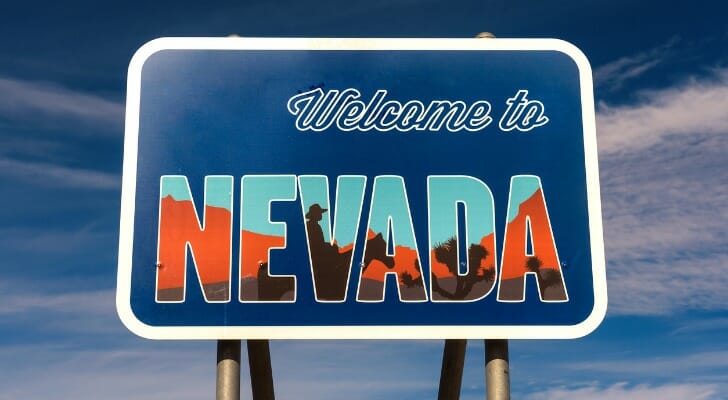 If you’re looking for a tax-friendly retirement, Nevada is one of the places to be. It’s very tax-friendly toward retirees, with no state taxes on income or Social Security benefits. Withdrawals from retirement accounts and public and private pension income are also not taxed. This can leave a lot of extra cash to live a comfortable retirement – or to take to Las Vegas and try your luck! If you’d like to retire in Nevada, you might find the following cities particularly appealing.

To find the best places to retire in Nevada, we looked at a few important factors. One such factor is the percentage of seniors in each city, to ensure you won’t be without peers in retirement. We also checked the number of recreation centers and retirement communities per 1,000 residents. After all, what’s retirement without relaxation and fun?

We also checked the tax burden of each city to help you better plan your retirement savings. Finally, we also looked at how many medical centers each city had per 1,000 residents, as access to medical care becomes even more important in retirement.

Our top city of Gardnerville maintains the lowest tax burden in our top 10 at 15.6%. It also has the highest number of retirement communities per capita, with 0.35 such communities per 1,000 residents. You’ll also have access to about 1.24 recreation centers per 1,000 residents. Almost a quarter of Gardnerville’s population is made up of senior citizens, meaning you’ll have peers to spend your own retirement with.

Gardnerville also provides the second highest concentration of medical centers in this top 10. With 2.48 medical centers per 1,000 residents, you’ll have great access to medical attention.

Nestled between the California border and the Colorado River, Laughlin offers a riverfront retirement and several casinos. Should you choose to retire here, you’ll join a pretty large senior population – nearly 4 in 10 of the city’s permanent residents are senior citizens, the highest proportion in our top 10.

Despite the large senior population, you won’t find many retirement communities here, and the city also has the second lowest concentration of medical centers in this list. It does have a decent number of recreation centers, with 1.05 per 1,000 residents.

Laughlin maintains a tax burden of 16.6%.

On the other side of Nevada, against the Arizona border, lies Mesquite. There’s plenty to do here, with various hotels, golf courses, casinos and restaurants. It’s become a hub for retirees, with 35.7% of the population over the age of 65. 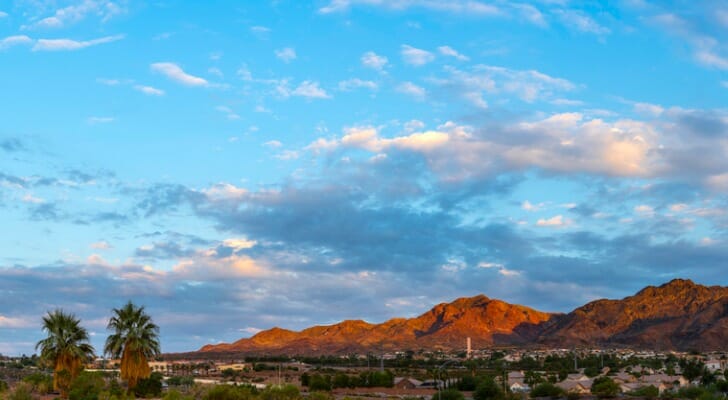 Despite its location just outside of Las Vegas, Boulder City is one of only two Nevada cities that prohibits gambling. It does, however, offer a high concentration of retirement communities – 0.9 per 1,000, second-highest on our list. Seniors make up 27.8% of the general population, and you should have no trouble finding a medical center here, with 1.44 centers per 1,000 residents.

At #5, Pahrump’s biggest advantage for retirees is its senior population. At 29.5%, it’s the third-largest population in this list. On the other hand, retirees in Pahrump will have relatively low access to medical centers, recreation centers and retirement communities. The city isn’t without its attractions, though, with the Pahrump Valley Winery, Sanders Family Winery and the Pahrump Valley Museum.

Retiring close to a body of water isn’t entirely impossible in landlocked Nevada. Carson City offers a piece of Lake Tahoe on its left border, which you can reach by driving through Tahoe National Forest. Besides the natural wonder of the region, you’ll have access to a number of casinos and other attractions like the Nevada State Railroad Museum.

Carson City does have the second lowest percentage of seniors in the population, but puts up decent numbers for retirement communities and even better numbers for recreation centers. It has ample access to medical care, with 2.02 medical centers per 1,000 residents.

Nestled along Lake Tahoe’s Crystal Bay is Incline Village, named for the Great Incline Tramway built in 1878. Incline Village residents will have access to 1.60 recreation centers per 1,000 people (the second-highest concentration on our list), and can spend their golden years taking in the town’s lake views and visiting the Diamond Peak Ski Resort. Note that there are virtually zero retirement communities in this city. There is decent access to medical centers, though, with 1.49 centers available per 1,000 people. 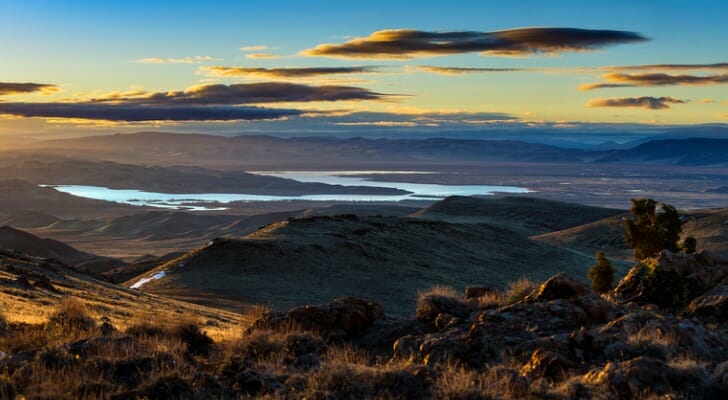 Right up against the Lahontan Reservoir’s western side, Silver Springs might look like a strange place to retire if you simply look at the numbers. There are virtually zero medical centers and retirement communities in the city, with each category posting zero locations per 1,000 residents. Still, seniors make up over a quarter of the general population at 26.1%. You’ll find fewer than one recreation centers per 1,000 residents in Silver Springs. For more outdoor time, you can easily take advantage of Lahontan Reservoir, Lahontan State Recreation Area and historic Fort Churchill State Historic Park.

The city does host a return to a tax burden below 16%, though, at 15.6% just like Gardnerville.

Retiring in Las Vegas might be a dream-come-true for those who have had the pleasure of its casinos, resorts and other attractions. Still, those considering Vegas for retirement should know that only 13.9% of its residents are senior citizens. Despite that, Las Vegas has the third highest concentration of retirement communities on our list, and the second-highest number of recreation centers. And as you might expect, the state’s biggest city provides the highest concentration of medical centers per 1,000 residents, at 3.37.

Closing out our list is Fallon, Nevada, another city with a senior citizen population of 13.9%. Lying 63 miles to the East of Reno, Fallon at least offers a decent number of medical centers with 1.90 per 1,000 residents. There’s also a solid concentration of recreation centers at 1.78 per 1,000 residents.

Certainly a point of interest for Fallon residents and visitors alike is the Grimes Point Petroglyph Trail. The trail, about one-half of a mile long, features rock carvings as much as eight thousand years old.