Where Seniors Are Most Prepared for Retirement 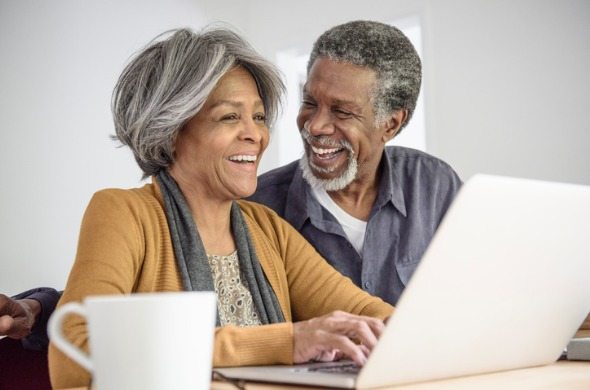 Saving for retirement is tough. Between paying rent or a mortgage, combined with credit card debt, or maybe student loans, finding a few spare dollars to contribute to a retirement fund is difficult. In fact, almost one in 10 seniors have an income which puts them below the poverty line, according to Census Bureau data. But there are some places where seniors are set up for a financially secure retirement thanks to diligent financial planning. Below we look at the top 10 places where seniors are best positioned for retirement. 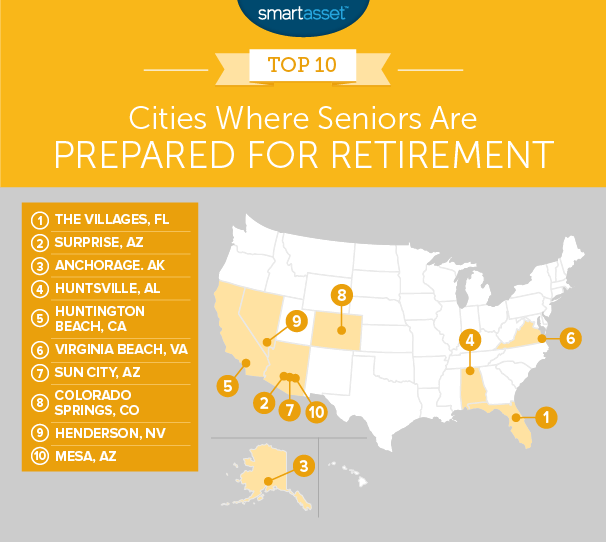 Surprise is the second-fasting growing municipality in the Phoenix metro area. Over 88% of seniors in Surprise own their home. That home acts as a back-up plan if the retirees ever find themselves in a financial pinch. Retirees who own their home can choose to sell or refinance if need be.

Only 5.6% of seniors here are below the poverty line, that’s a top 5 rate.

From two sunny retirement destinations, we head up to a slightly cooler destination, third-placed Anchorage, Alaska. Only 4.1% of seniors here have an income which puts them beneath the poverty level, the best score in the study.

However cost of living in Anchorage is fairly high and 6.1% of seniors use food stamps while 28% of seniors are housing cost-burdened. In those two metrics Anchorage ranks 23rd and 10th, respectively. While neither of those scores are bad, they’ll need to improve if Anchorage wants to jump up to second or first.

Over 79% of seniors here also have some retirement income, the fourth-highest rate in our study. For those who could use a hand with retirement planning , these are the top Huntsville financial advisor firms.

Who wouldn’t want to retire by the beach? Seniors who have targeted Huntington Beach as a place to spend their golden years seem to be prepared for retirement. The average senior household here has a total retirement income (including Social Security) of $59,800 per year. That’s the second-most in our study.

Of course, if you want to spend your retirement in Surf City it will cost you. Despite that high income, 37% of seniors here find themselves spending over 30% of their income on housing (the threshold for being considered housing cost-burdened by HUD).

Another beach city takes sixth. Virginia Beach is home to the longest pleasure beach in the world, according to the Guinness Book of World Records, making it an attractive retiree destination.

Sun City, like The Villages, is a community specifically catered to the needs of retirees. Seniors who live here are certainly prepared for a long, relaxing retirement. Over 84% of seniors here own their home and only 27% of seniors are housing cost-burdened. That means residents here should have some financial flexibility, since they are not putting the majority of their income toward housing.

However the average retirement income for seniors in this city is under $42,000, a below average rate.

The second-largest city in Nevada takes second. Hanging out in the Las Vegas metro area is a fun activity but you certainly need to have a secure retirement if you plan on doing any gambling. Seniors here, for the most part, are on firm financial footing and can probably afford throw a few dollars at the slot machines.

The average senior household, when taking Social Security into account, has $52,500 in retirement income. That is the ninth-most in our study. Plus, only 6.4% of seniors are below the poverty line.

Live here and need some help saving for retirement? Check out our top financial advisor firms in Mesa. 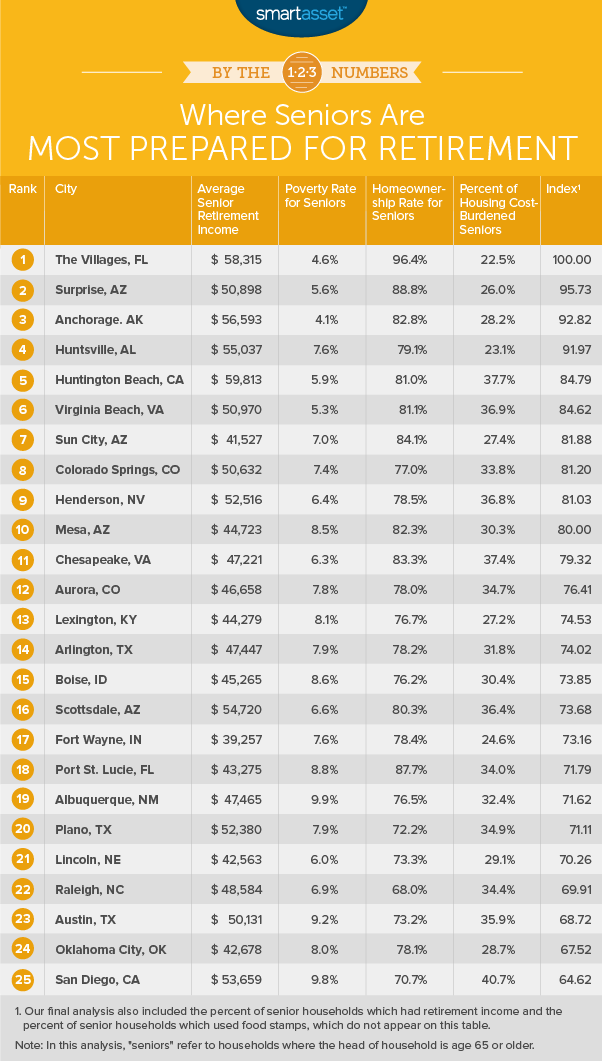 In order to rank the places where seniors are prepared for retirement, we looked at data for the 100 cities with the largest 65-or-over population. We then ranked them using the following six metrics: