The True Cost of Living in Washington, D.C. 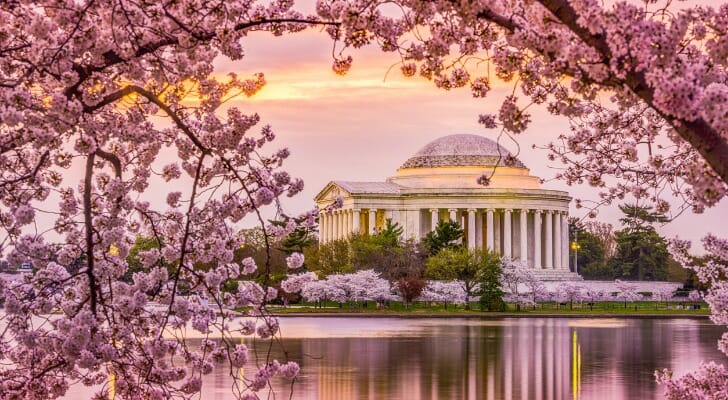 If you’re thinking about moving to the nation’s capital, you’re probably wondering whether you can afford to settle down there. Home prices in the District are notoriously high, but there’s more to the story than that. In fact, rent prices are surprisingly more affordable than other major cities on the East Coast.

Do you have questions about how cost of living can affect long-term financial plans? Speak with a financial advisor today.

D.C. real estate prices have soared as the city has started attracting wealthier residents. As a result, finding an affordable home to purchase may be challenging. According to the National Association of Realtors, the median sales price of a single-family home in the Washington, D.C. metro area is $417,400. That’s more expensive than both New York City ($403,900) and Philadelphia ($224,600).

The home buying market in D.C. is continually experiencing strong annual appreciation rates. In fact, according to NeighborhoodScout, from 2000 to 2018, Washington, D.C. saw a 219.67% cumulative appreciation rate.

The homeownership rate in Washington, D.C. is just above 60%, meaning around 40% of residents pay rent, according to NeighborhoodScout. Therefore if you’re moving to the city, you may have to decide whether to rent or buy.

Although homes definitely aren’t cheap in D.C., rent prices aren’t much better. March 2019 data from Apartment List paints the picture of a market that’s well above the national average. To rent a two bedroom apartment in the capital, you’ll pay a median rent of $1,546. That’s a full $371 above the nationwide mark of $1,175.

The prospects don’t get any better for smaller apartments either. The median rents for studio and one bedroom apartments in D.C. are $1,275 and $1,339, respectively. As a comparison, the national medians for these apartment types are $827 and $947 each. 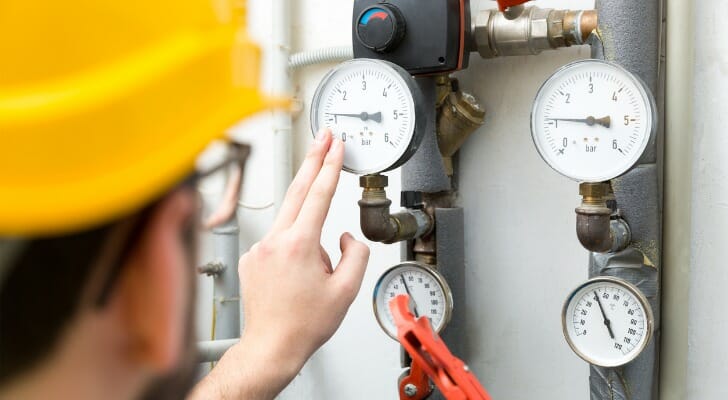 To take things a step further, May 2019 data from Numbeo.com takes a look at the price of a basic utilities package for a 915 square foot apartment in Washington, D.C. The data estimates that you’ll pay $123.12 a month for electricity, heating, water and garbage. For reference, the national average for the same time period is $152.06.

Of course, that’s just the minimum, and it assumes that you’re getting all of your food items from the grocery store and preparing them yourself. If you want to eat out at a restaurant, expect to pay around $16 at an inexpensive place, according to Numbeo.com. A three-course meal for two at a mid-range restaurant in Washington, D.C. will cost you approximately $75. That’s $25 above the national average.

Like many densely populated cities, public transit is popular in D.C. A one-month Metrorail SmarTrip pass costs anywhere from $72 to $216, depending on the distance of your trip. A one-day pass costs $14.50, and the price of a seven-day pass is $60.

Unlike New York City, the subway fare in D.C. isn’t flat. You’ll pay more the farther you go. If you don’t buy a multi-day pass, your public transit costs will vary based on the length of your journeys.

To drive in D.C., you’ll first need to have a car that’s compliant with the rules of the D.C. DMV. To ensure this is the case, you’ll have to pay an annual registration fee. These fees range from $72 to $155 depending on the weight of your vehicle. Hybrid and electric car owners only have to pay $36.

According to GasBuddy (May 2019), a gallon of gas in Washington, D.C. carries an average price of $2.95. This is marginally more expensive than the $2.88 national average. Gas taxes here are 23.5 cents per gallon. Include the 18.4-cent federal gas tax and you will pay 41.9 cents in gas taxes in the U.S. capital.

Car insurance premiums in the city are the fifth-highest in the nation, based on a 2019 report by Insure.com. The average annual insurance premium for D.C. vehicles is $1,876. That means you’ll be spending $400 more than the $1,457 national average.

If you look carefully at D.C. license plates, you’ll see that some of them say “Taxation Without Representation.” Regardless, D.C. residents have to pay federal income taxes. They also pay a progressive District Income Tax of 4% to 8.95%. The District also has a sales tax of 6%. 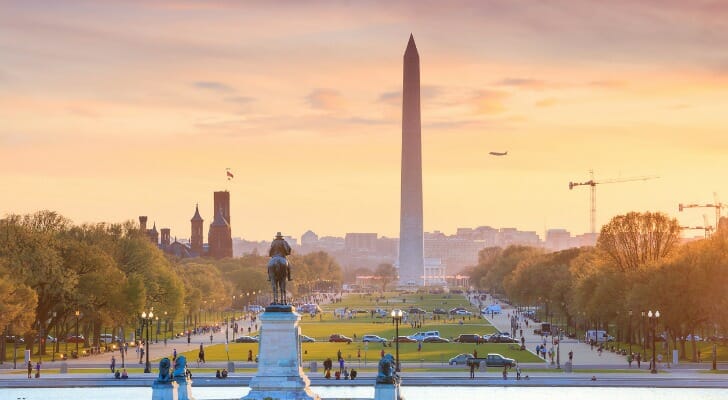 The entertainment options in the capital help take the edge off the high cost of living, as there are plenty of free museums and monuments. Some popular places to visit include the Washington Monument, the Lincoln Memorial, the Tomb of the Unknown Soldier, the Smithsonian National Air and Space Museum and the United States Holocaust Memorial Museum.

There’s a plethora of sports teams that call Washington, D.C. home as well. Here are the average ticket prices for teams in the area:

Tips for Managing Your Cost of Living