The Most-Dog Friendly Cities in America in 2019 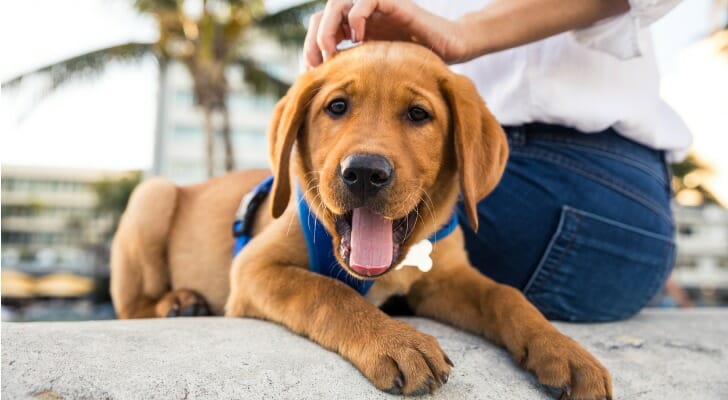 Owning a pet is an investment, and choosing an affordable and pet-friendly city is an important consideration for renters or people looking to buy a home. Dogs are one of the more expensive pets to have since they often require more care than other animals. In order to discover where owners could best raise their pooches, SmartAsset looked more into the most dog-friendly cities in America.

To determine the most dog-friendly cities in America, we examined six metrics in particular: median home value, concentration of dog parks, walk score, number of dog-friendly restaurants, number of dog-friendly shopping centers and average amount of precipitation per year. For more details on data sources and how we put all the information together to create our final rankings, see the Data and Methodology section below.

This is SmartAsset’s fourth annual study on dog-friendly cities. Check out the 2018 rankings here. 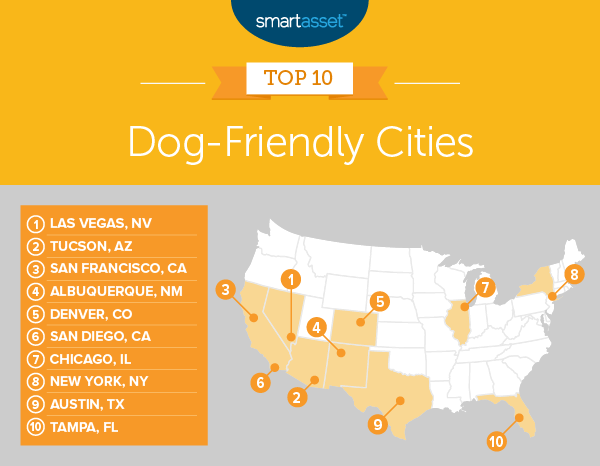 Moving up from third in last year’s study, Las Vegas, Nevada offers many dog-friendly parks, restaurants and shopping centers along with a temperate climate. Las Vegas ties for the fifth-highest number of dog parks per 100,000 residents out of all 100 cities in our study and the 18th– and 17th-highest number of dog-friendly restaurants and shopping centers, respectively. Las Vegas is also a relatively affordable city for dog owners. According to the Census Bureau’s most recent American Community Survey, the median home value in Las Vegas is $245,500.

Like Las Vegas, Tucson experiences little rain throughout the year, a plus for dog owners who like to take walks with their pet. Currentresults.com estimates that Arizona gets rain an average of approximately 22 days per year. Retiree dog-owners may find Tucson particularly attractive: Of all American cities, Tucson saw the third-highest net increase in retirees moving there.

Albuquerque, New Mexico ranks in the top half of all cities across all metrics. Albuquerque’s median home value was less than $200,000 in 2017, and there are about two dog parks per 100,000 residents, meaning the city ranks 39th and 13th for those two metrics, respectively. Of all metrics, Albuquerque does the worst in terms of its walkability, just making it into the top half of all the cities in the study.

Denver, Colorado is a great option for dog owners who love the outdoors. Though it has more average annual days of precipitation than Tucson or Albuquerque, it still ranks in the top third of all 100 cities in the study for this metric. Moreover, Denver offers great nearby hiking options for dogs with more stamina.

New York, New York is an extremely walkable city that has many dog parks available. It ranks first overall in terms of walkability and ties for 27th-highest in terms of the number of dog parks per 100,000 residents. Unfortunately, walking outside or going to a dog park may not always be the best option, as rain is not uncommon in New York. According to data from Currentresults.com, the city has an average of almost 76 days of precipitation annually. In comparison, the average annual days of precipitation across all cities is approximately 54. 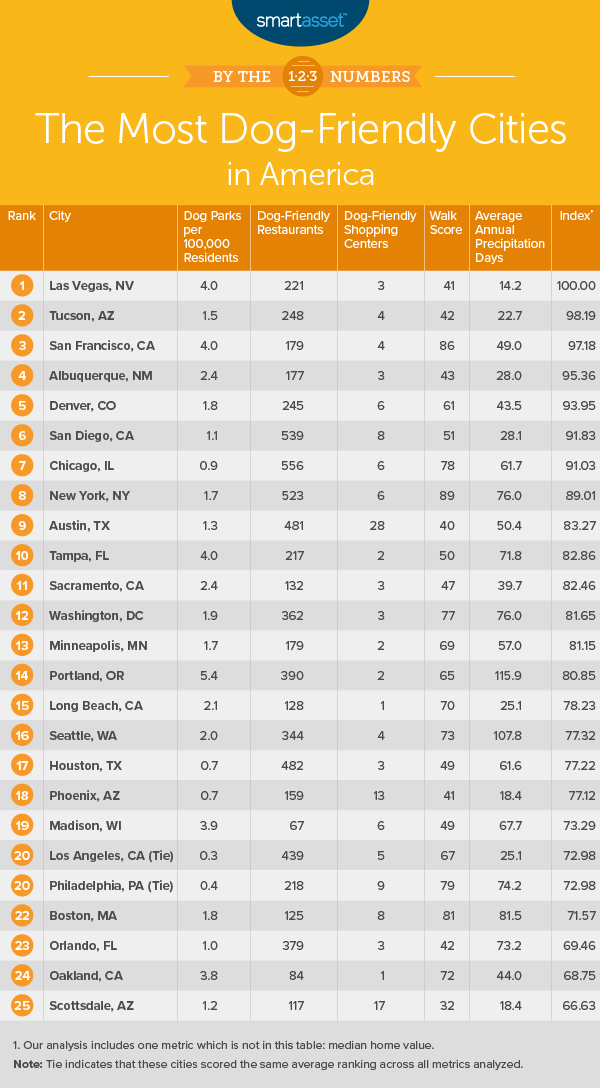 To find the most dog-friendly cities, SmartAsset pulled data for 100 of the largest cities in America. We compared the dog-friendliness of cities across the following six metrics: