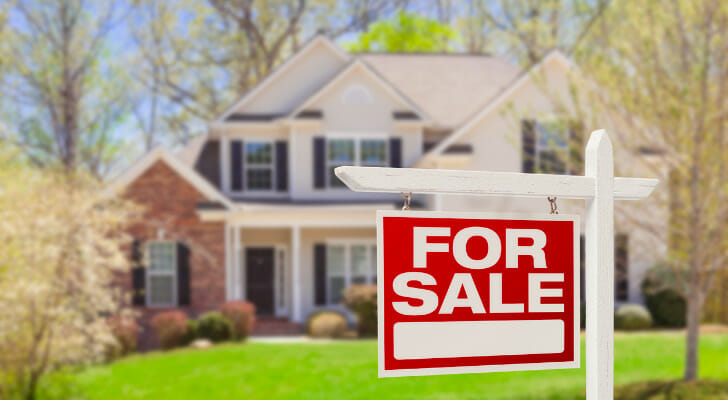 Deciding to leave the home you own might be difficult given the precious memories you’ve made within its walls. But the process of selling it can be downright taxing, especially when the real estate market is unpredictable. Your asking price, mortgage rates and other factors will determine how hard this process will be. Location, however, is arguably one of the most important factors. With that in mind, SmartAsset crunched the numbers and identified the best cities to sell a house.

We compared data from 255 U.S. cities and ranked them according to the following metrics: five-year change in median home value, average number of days on the market, percentage of homes sold for a loss, average closing costs and real estate offices per 1,000 residents. For details on our data sources and how we put all the information together to create our final rankings, check out the Data and Methodology below.

This is SmartAsset’s fifth annual study on the best cities to sell a house. Check out the 2020 edition here. 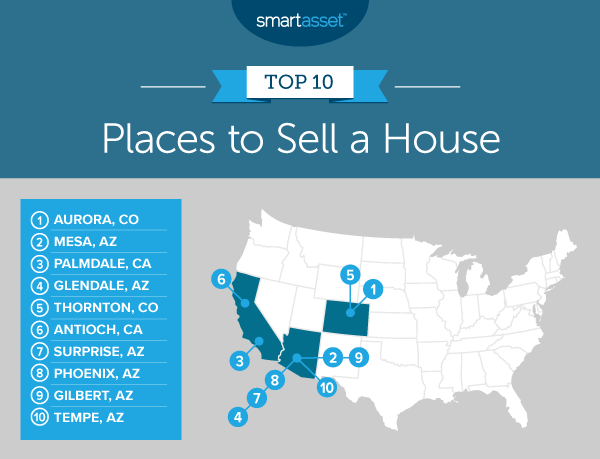 This suburb of Denver is the best city to sell your house, according to our study. The median home value in Aurora has increased 61.7% in the five-year period from 2014 to 2019, the 14th-highest jump for this metric in our study. Aurora homes average 53 days on the market, ranking 46th for this metric. Furthermore, Aurora holds the 24th-highest ranking for the number of real estate offices per resident – 1.92 for every 1,000 people.

The median home value in Palmdale, California has gone up by 61.2% from 2014 to 2019, the 15th-biggest five-year jump in the study. This suburb of Los Angeles has 1.53 real estate offices for every 1,000 residents, ranking 55th out of 255 for this metric. Palmdale is also in the top quartile of the study for its relatively low percentage of homes sold at a loss, at 10.79% and ranking 30th. However, it ranks in the middle of this study for closing costs, averaging $4,121.

The average home in Glendale, Arizona is on the market for 43 days, which is the 17th-fastest turnaround in our study. This city is another suburb of Phoenix, and has risen 51.7% in median home value over the five-year period from 2014 to 2019, ranking 24th out of 255 for this metric. Closing costs for Glendale homes are $3,280, the 50th-lowest in our study.

Coming in as the No. 5 city in the U.S. to sell your home, Thornton, Colorado is the second suburb of Denver (along with Aurora) that ranks in our top 10. The average time a Thornton home stays on the market is just 41 days, the 12th-shortest selling time in our study. The median home value in this city has also risen 53.0% in the five-year period from 2014 to 2019, ranking 22nd-best for this metric. What’s more, just 12.06% of the homes were sold at a loss, making Thornton 49th-best for this metric overall.

Located in the East Bay of San Francisco, Antioch is the second California city in our top 10. The median home value rose 65.6% from 2014 to 2019, ranking ninth-highest in the study for this five-year change. Homes there take an average of 22 days to sell on the market, the third-shortest selling time in the study. Closing costs, however, are relatively expensive – averaging $4,722, which ranks 156th out of 255.

Surprise, Arizona is the third suburb of Phoenix in the top 10. The average home takes 49 days to sell on the market, ranking 35th for that metric in our study. The median home value in this city has risen 39.5% in the five-year period from 2014 to 2019, with less than 13% of homes sold at a loss. Surprise has 1.46 real estate offices for every 1,000 residents, which, being a county-level metric, ties for 73rd out of 255.

Phoenix, Arizona has seen a 51.0% increase in median home value in the five years from 2014 to 2019, ranking 32nd for that metric in the study. Phoenix ranks 39th-lowest out of 255 for the average number of days a home takes to sell on the market – less than two months (51 days). That said, 15.95% of homes are sold at a loss, which places Phoenix in the bottom half of the study for that metric.

Located in the East Valley of metropolitan Phoenix, Tempe rounds out the top 10 in our study on the best cities to sell a house. Homes in this Arizona city average 37 days on the market, the seventh-shortest selling time on our list. The median home value has risen 38.4% in five years, from 2014 to 2019. Less than 14% of Tempe homes were sold at a loss – 13.54% to be exact, ranking 87th out of 255 for that metric. 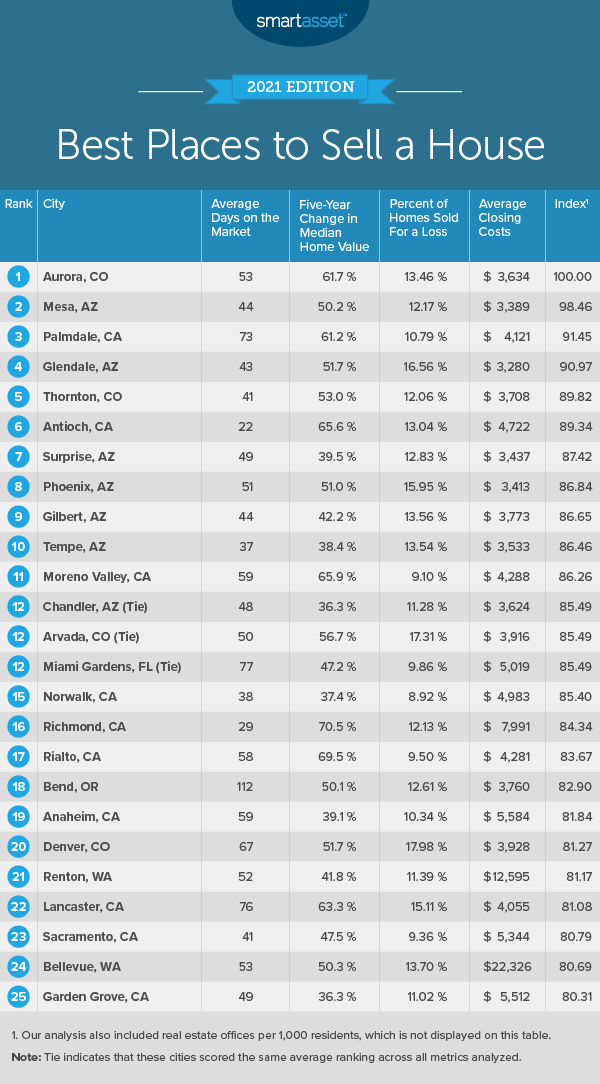 To find the best cities to sell a house, SmartAsset considered available data for 255 of the largest U.S. cities across the following metrics: