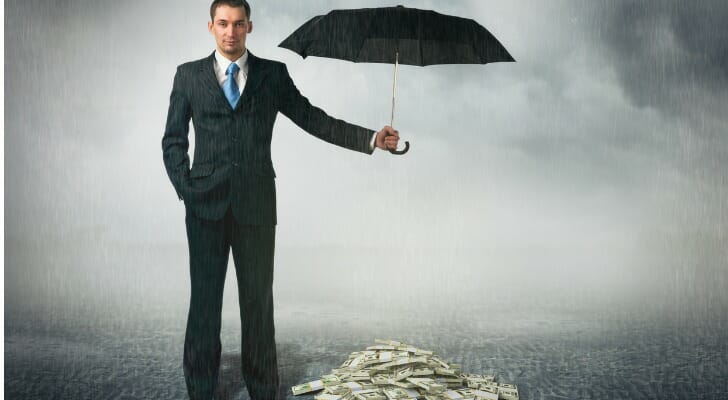 Whether you’re saving money in a bank account or investing it in the market, you want some reassurance that it’s safe. The Federal Deposit Insurance Corporation (FDIC) and the Securities Investor Protection Corporation (SIPC) insure banks and other financial institutions, offering protection for your assets. But they aren’t exactly the same when it comes to what they cover. If you have bank accounts or investment accounts, it’s important to understand the differences between SIPC vs. FDIC protections.

What Is the FDIC and What Does It Do?

The Federal Deposit Insurance Corporation is an independent federal agency that protects deposit accounts at banks and other financial institutions. The FDIC was formed in 1933 and offers coverage to more than 5,000 institutions as of March 2021. That figure doesn’t include credit unions, which are insured by a separate entity, the National Credit Union Administration (NCUA).

The FDIC insurers certain types of deposit accounts held at FDIC-insured banks, including:

The FDIC can also insure specific instruments issued by banks, such as money orders or cashier’s checks. This insurance coverage is designed to protect customers when a bank fails.

Say your bank unexpectedly goes under and shuts down temporarily. If the bank is FDIC-insured, the money in your accounts doesn’t simply disappear. Instead, the FDIC can do one of two things.

First, it can arrange the sale of a failed bank to another bank. So if you’re used to banking with ABC Bank, the FDIC could arrange its purchase by XYZ Bank. You’d then become a customer of XYZ Bank, without losing access to your money along the way.

If there’s no ready buyer for a failed bank, the FDIC can pay out funds to depositors directly. This involves sending out checks to people who had accounts at the bank. It can take a few days to receive payments in this scenario but again, your money doesn’t just disappear because the FDIC protects it.

What Is the SIPC and What Does It Do? 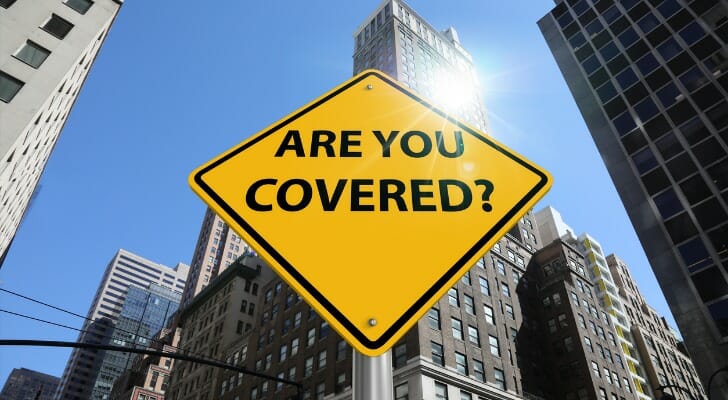 The Securities Investor Protection Corporation protects assets held in brokerage accounts. For example, if you’ve set up an online brokerage account or you use an investment app it’s possible that you may have SIPC coverage in place. The SIPC’s role is to protect investors against negative impacts that may occur when a brokerage is financially troubled. For example, say you hear about a new investing app that’s trending. You decide to open an account but six months later, the startup goes bust. If the brokerage had SIPC insurance, your assets would be protected.

Covered assets held in a brokerage account can include:

It’s important to note that there’s one thing the SIPC doesn’t do and that’s protecting investors against financial losses. So if you invest $1,000 into a hot stock that ends up fizzling out, the SIPC isn’t responsible for paying your money back to you.

FDIC insurance coverage isn’t unlimited. The FDIC insurance limit is $250,000 per person, per bank, per ownership category. Here are some examples of what your coverage may look like, depending on whether you’re single or married and what type of accounts you have.

Scenario 1: You’re single and have a checking and savings account at the same bank

Having multiple accounts doesn’t mean the $250,000 cap applies to each account. Instead, the FDIC insures all single accounts you own at the same bank for up to $250,000 total. You can, however, get around this limitation by opening single accounts at multiple banks.

When a deposit account is owned by two or more people, each co-owner’s share of the account is insured up to $250,000. This covers all the accounts at the same bank.

Ownership type determines your FDIC coverage. So again, let’s say in this scenario you and your spouse have a $250,000 balance in a joint checking account. You also have $250,000 in a savings account that’s in your name only.

In this case, you’d each have $125,000 in coverage for the joint checking account. But you’d also be covered for the entire $250,000 balance in your single-owner savings account. The FDIC offers an online tool called EDIE the Estimator to help you determine your coverage limits.

Just like the FDIC, the SIPC imposes limits on coverage. The SIPC coverage limit is $500,000 in total value per customer. Of that $500,000, $250,000 can be cash. That’s helpful to know if you regularly keep uninvested cash in your brokerage account.

Just like the FDIC, this limit applies to all the assets you have at a single institution. If you have multiple brokerage accounts at different companies then the SIPC limits would apply at each one, assuming the brokerage has SIPC coverage.

SIPC vs. FDIC: Why It Matters

Understanding the differences between the SIPC vs. FDIC is important in the event that a worst-case scenario happens and your brokerage or bank fails. Not all banks and brokerages maintain FDIC or SIPC coverage so if you have money at an institution that isn’t covered, you could have a difficult time trying to recover any of your savings or investments.

Assuming that you’re doing business with an FDIC- or SIPC-insured bank or brokerage then a failure may be nothing more than an inconvenience. Either institution can act to ensure that you have access to your funds as quickly as possible following a bank or brokerage’s shutdown.

The easiest way to know if you have either type of coverage is to ask. Banks typically advertise their FDIC-insured status online and at branch locations, so it’s relatively easy to verify. With brokerages, you may have to dig a little deeper into the fine print to learn if the company is SIPC-insured. If you can’t find the answer on your own, contacting the brokerage is the next step.

SIPC vs. FDIC: Which Is Better? 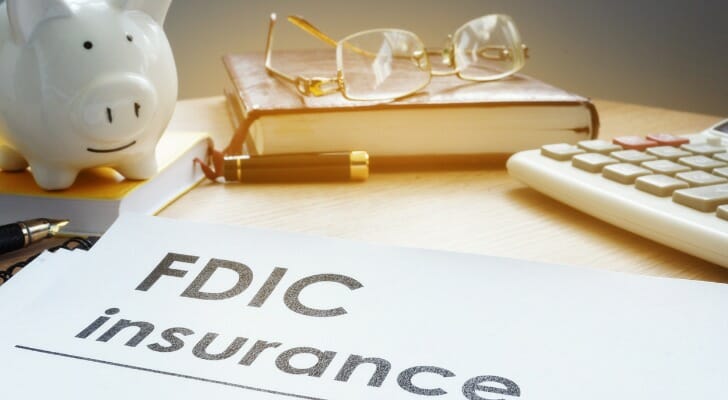 With SIPC and FDIC insurance, one isn’t necessarily better than the other since they both protect you in different ways. If you have bank accounts or brokerage accounts, having both types of coverage can help you feel reassured about the safety of your savings or investments. And neither one costs you anything to have. Again, however, keep in mind that neither one of them protects you against investment losses. SIPC and FDIC insurance is not meant to make you whole if an investment doesn’t turn out the way you’d planned.

Knowing the differences between the SIPC vs. FDIC is helpful for managing your money and keeping it safe. The former is for clients of broker-dealers who go bankrupt. (There are similarities in purpose between the SIPC and the Pension Benefit Guaranty Corporation.) The FDIC, on the other hand, is for customers of banks. The most important thing to keep in mind is coverage limits. If you have multiple bank accounts or brokerage accounts, be aware of how much coverage you have at each institution you’re doing business with.