Where Seniors Are Staying in the Workforce – 2019 Edition 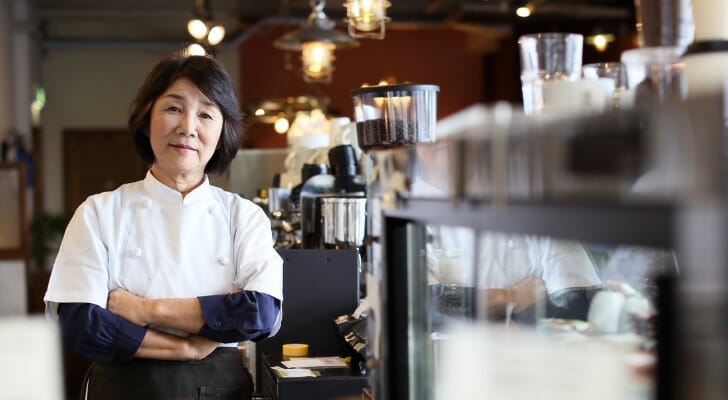 Whether working through your retirement years is an aspiration or a necessity, it doesn’t hurt to have some help with financial planning when considering that aspect of your future. As you set your goals, you might be interested in the fact that there are certain cities in which the senior participation in the labor force has grown more than in others in recent years.

To see where these places are located, SmartAsset gathered and analyzed data for the 100 cities in America with the largest senior populations. Specifically, we compared the senior labor force participation rate for 2014 and 2017 for these cities. For details about data sources and how we put all the information together to create our final rankings, see the Data and Methodology section below.

This is SmartAsset’s second study on where seniors are staying in the workforce. Read our 2018 study here. 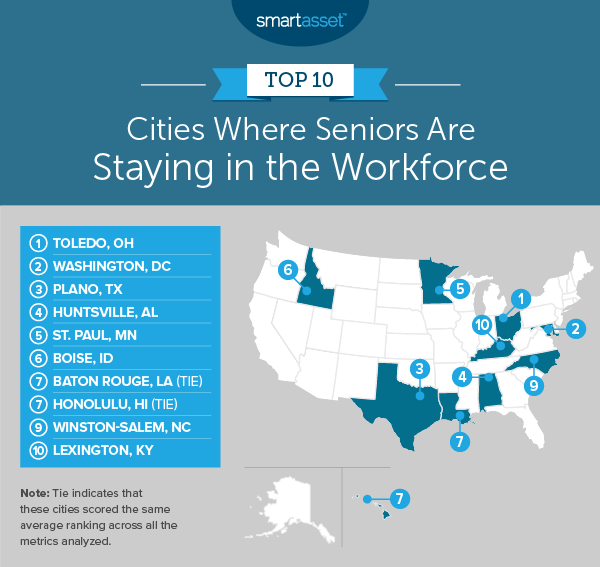 Toledo tops this list with a growth of approximately 6.6 percentage points between 2013 and 2017 for senior labor force participation rate, according to Census Bureau data. The rate grew from 11.1% to 17.6%. A paycheck calculator might come in handy to estimate your take-home pay.

Plano, Texas, a suburb of Dallas, makes it into the top three cities where seniors are staying in the workforce more. Plano had a senior labor force participation rate of approximately 22.4% in 2013. It was 28.5% in 2017, an increase of about six percentage points. Plano is also one of the 2019 cities where women are most successful.

Huntsville, Alabama ranks fourth in our study. The city had a senior labor force participation rate of about 14% in 2013 and about 19.7% in 2017. That’s a jump of approximately 5.7 percentage points.

Coming in at No. 5 – the same ranking it had in our 2018 study on this subject – is St. Paul, Minnesota. Around 20% of St. Paul seniors were part of the labor force in 2013. That number grew to approximately 25.3% in 2017, a total increase of about 5.3 percentage points. There’s more good news for those still racing into their retirement years: St. Paul is one of the best cities for runners, too.

Boise, Idaho ranks sixth in our study. The senior labor force participation rate increased to about 21.2% in 2017 from about 16.1% in 2013. That’s a jump of approximately 5.1 percentage points. If you’re earning some extra money as a result of staying in the workforce, there are various types of investments you can consider.

Baton Rouge, Louisiana ties with Honolulu, Hawaii for seventh place in our study. The city had a senior labor force participation rate of about 18.1% in 2013. It had gone up approximately 4.7 percentage points to about 22.9% by 2017.

Winston-Salem, North Carolina ranks ninth in our study. It had a labor force participation rate for seniors of about 18.5% in 2017, up approximately 4.6 percentage points from a total of about 13.9% in 2013. 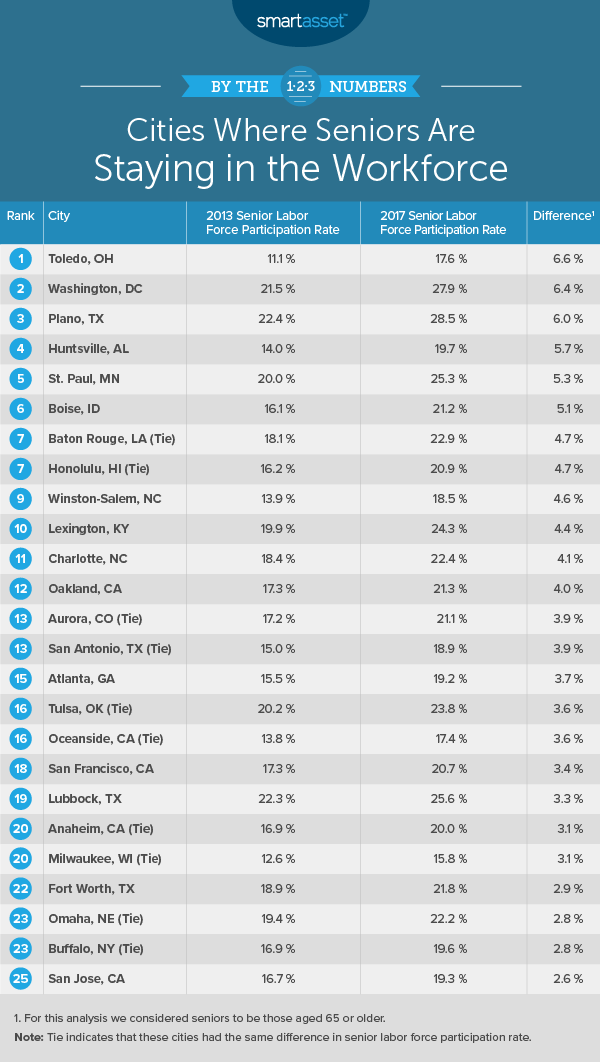 To rank the cities where seniors are staying in the workforce, SmartAsset analyzed data from the 100 cities in the country with the largest senior populations. Specifically, we looked at the following two factors:

In order to rank the cities, we calculated the difference between the 2017 and 2013 senior labor force participation rate. We ranked the cities with the largest difference first and smallest difference last.

Tips on Managing Your Money