States With the Largest Increases in Million-Dollar Earners – 2021 Edition 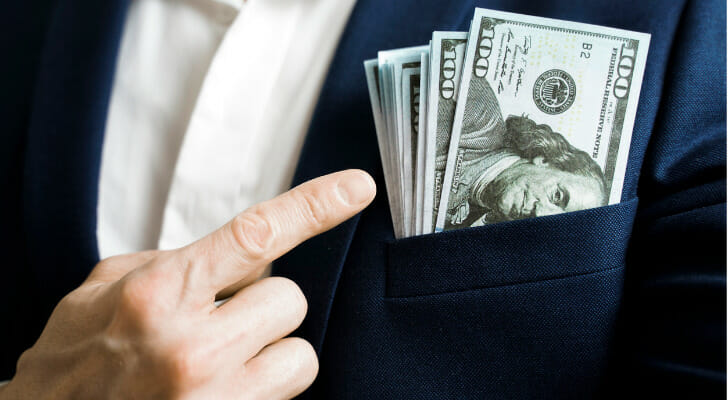 The number of Americans pulling in seven figures a year is on the rise. IRS data shows that less than three in 1,000 taxpayers earned over $1 million in 2018, up from less than two in 1,000 back in 2013. Those who have the good fortune of clearing the $1 million mark in annual income, or those looking to be strategic about reaching this threshold, may find it useful to consult a professional financial advisor. SmartAsset wanted to find out where millionaires are growing the fastest, so we identified the states with the largest increases in million-dollar earners.

To do this, we compared the number of tax returns filed by people earning at least $1 million in 2013 with the total in 2018. For details on our data sources and how we put all the information together to create our final rankings, check out the Data and Methodology section below.

This is the second time SmartAsset has crunched data on million-dollar earners. Here’s the link to the first study. 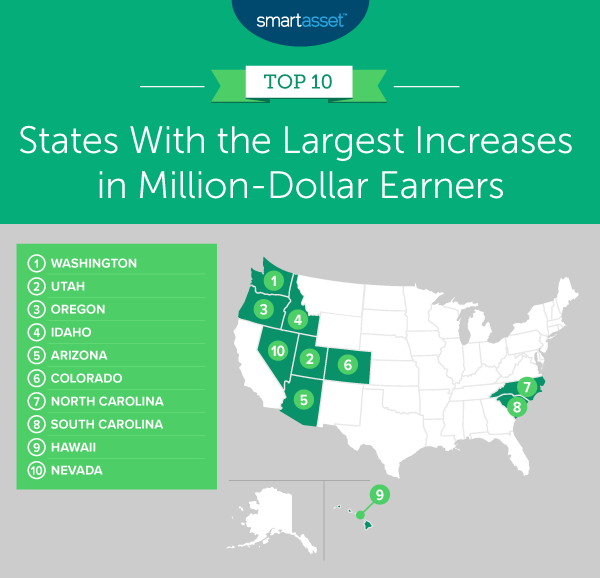 Our Arizona income tax calculator can provide a snapshot of your tax consequences if you’re a Grand Canyon State resident or thinking of relocating.

Hawaii had 690 million-dollar tax returns filed in 2013. That number nearly doubled to 1,260 in 2018. Those are the lowest totals in our top 10. Nevertheless, millionaire tax filers in the state grew 82.61% over those five years.

Nevada rounds out the top 10 with 2,910 million-dollar earners in 2013 and 5,220 in 2018. This group grew 79.38% in just five years. Nevada is also one of the U.S. states with the largest tax bills, so high-earning Nevada taxpayers may wish to take a look at our lists of the top financial advisors in Las Vegas or Reno for further guidance.

To find the states with the biggest increase in million-dollar earners, we used IRS data to compare the number of tax returns filed in 2013 and 2018 (for all filing statuses) indicating earned income of at least $1 million. We then found the percentage increase over the course of those five years, and ranked the states from the largest increase to the smallest.