States With the Most Million-Dollar Earners 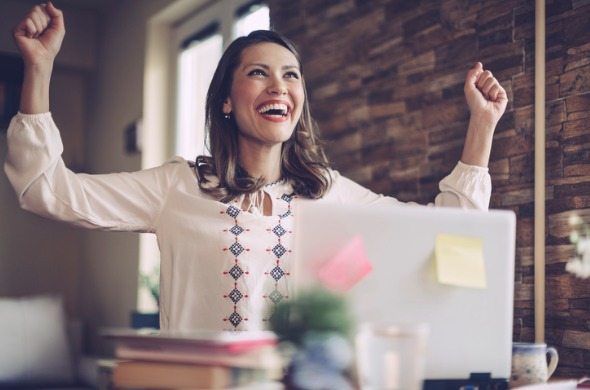 Hollywood and New York City probably come to mind when you think about the places with the most million-dollar earners. While location plays a part in how much money you earn, there are other factors that can help you reach millionaire status. Plenty of patient saving is most likely required. Many people seek professional advice from a financial advisor to help them make the best decisions about their finances. Below, we looked at the unique economic profiles of each state through IRS data to find the states with the most million-dollar earners. 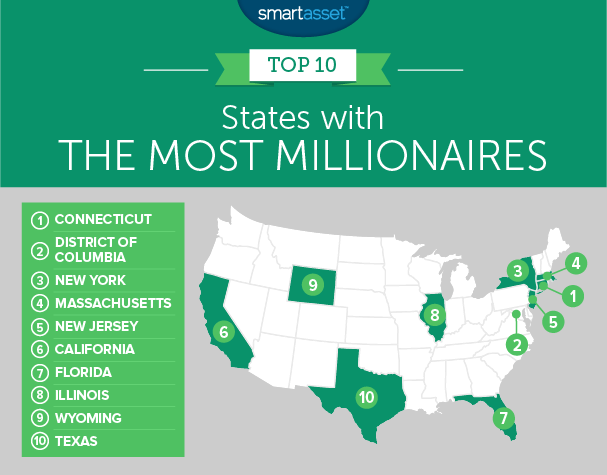 In Connecticut, millionaires lose quite a bit of their earnings to income taxes. According to our data, a married couple earning a combined $1 million would pay $62,982 in Connecticut income taxes.

The nation’s capital comes in just behind Connecticut in second place. This area had the second-lowest total number of millionaire taxpayers in our top 10. However due to a low overall population, it had a high concentration of millionaires.

Overall about 0.59% of tax returns in this state were filed by people with an adjusted gross income above $1 million.

The Empire State comes in third. Connecticut’s neighbor to the west has the second-most millionaires overall. In total there were 50,080 tax returns filed by people with a gross adjusted income of at least $1 million. Only sixth-ranked California had more. In total 9,614,610 tax returns were filed in New York, according to IRS data, meaning 0.52% were filed by millionaires.

A couple with a combined income of $1 million in the state of New York pays an effective state income tax rate of 6.57%. If they live in New York City, they have to deal with a further effective tax rate of 3.67%. In total, we estimate a couple taking home $1 million could expect to pay $439,191 in income taxes.

Another high-tax Northeastern state takes fourth. There were around 16,000 tax returns filed in Massachusetts by taxpayers with an adjusted gross income above $1 million. That is equal to about 0.47% of all tax filers.

The Garden State comes in fifth. Like Connecticut, this state likely benefits from its proximity to New York City. Residents who live in New Jersey pay steep state taxes. Married filers taking home $1 million can expect to pay $72,134 in taxes to the New Jersey state government.

No state has more millionaires than California, which perhaps makes sense given that it’s the most populated state. There are just under 72,500 tax filers in California with an adjusted gross income above $1 million. Like residents in some other states in the top 10, such as Connecticut and New York, California residents face high income tax rates.

A couple taking home exactly $1 million in California would pay $94,731 to the California state government.

Florida is the first low-income-tax state to crack this top 10. This state would be a great place for a millionaire to retire. It has no state income tax. A couple filing jointly with an income of $1 million would pay only $364,089 in income taxes. In total around 0.34% out of the 9,627,280 tax filers in Florida took home at least $1 million.

Illinois just edges out Wyoming and Texas for eighth. These three states’ scores are separated by just over 0.01%. Around 19,800 of the total 6,161,970 tax filers in Illinois took home an income of at least $1 million. That is equivalent to roughly 0.32%.

Like Massachusetts, Illinois has a flat income tax. The good news for Illinois residents, especially the millionaires, is that it is relatively low. A couple taking home $1 million could expect to pay $49,280 in state income tax.

The Cowboy State contains the ninth-highest concentration of millionaires in our study. According to IRS data, about 0.32% of all taxpayers in Wyoming took home $1 million or more. In raw numbers that is only 880 residents.

Wyoming might be the best state to live in for people who want to lower their tax burden. This state has no state income tax, the lowest sales tax of any state with a sales tax and the ninth-lowest average effective property tax rate in the country.

Our list ends in another low-income tax state. There are over 37,000 tax filers in Texas with an adjusted gross income of at least $1 million. That means roughly 0.31% of filers took home at least $1 million in adjusted gross income. While Texas residents don’t have to pay state income tax, they do have to contend with some taxes, like a sales tax between 6.25% – 8.25% and property taxes that are among the highest in the nation.

For this study, we defined millionaire as an individual or couple who earned at least $1 million in adjusted gross annual income. In order to find the states with the most million-dollar earners, we looked at data for all 50 states and Washington D.C. Specifically we looked at the following two metrics:

Data for both metrics comes from the IRS and is for 2015.