What Are Basis Points (BPS)? 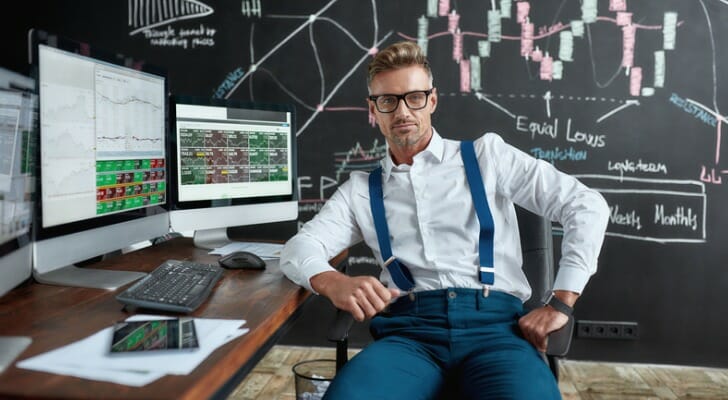 When analysts talk about changes to market prices, interest rates or other financial metrics, they often do so in terms of “basis points.” A basis point is equal to a change of 0.01%, useful shorthand in an industry where fortunes can change on fractions of a percent. The prevalence of the term underscores just how massive financial transactions have become and, thus, why even seemingly microscopic changes in yield can render or ruin fortunes. Here’s what you need to know to better understand – and be able to use – a key Wall Street term, something that’s especially useful as you talk to your financial advisor.

Much of finance works around percentages. Interest rates, for example, calculate returns in percentages of the initial loan. Equity investors generally calculate their returns in the form of percentages. When a stock goes up or down, an investor’s money changes by the percentage of increase or loss.

When a percentage figure changes by a certain amount, traders say that it has changed by that many “points.” For example, say a bond’s interest rate increases from 3% to 4.2%. In this case you would say that the interest rate had increased by 1.2 points. The term points refers to the amount by which the percentage went up or down.

While points are most often used when talking about percentages, they are also sometimes used when talking about prices. If a trader says, for example, that the price of a stock declined by 15 points, he may mean that the stock lost $15 off of its value. This is a common shorthand, but a less precise use of the term. However, using the term points in this way can lead to confusion, as other investors may not be able to tell whether you are referring to the underlying value of an asset or the percentage amount by which it has changed.

The Point of ‘Basis Points’ 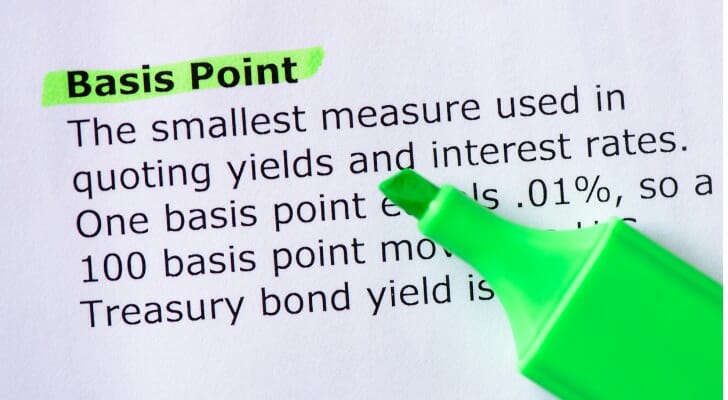 A basis point is one one-hundredth of a percent, or 0.01%. So, say that an interest rate increased from 2.02% to 2.11%. In this case we would say that the interest rate has increased by nine basis points. Financial advisors and traders use this term for several reasons. It is useful to have a quick shorthand to use while communicating with other traders. Reducing the phrase “one one-hundredth of a percentage point” to “basis point” simply makes for quicker, easier conversations.

It also organizes trading around a common metric. Defining a basis point as 0.01% gives traders something to focus on. If someone is negotiating an interest rate, for example, this creates a basic unit of value that they can discuss and all understand. Most price changes will happen around the basic unit of 0.01 points and most negotiations begin with that as the lowest common denominator up for discussion. It’s like understanding that prices will be negotiated in dollars, rather than quarters or dimes. It simply makes everything easier.

Finally, investors use 0.01% as this basis, because it is small without being too small.

Even minor changes to an investment asset can cause significant shifts in market value. If a trader has invested $50 million in a stock, for example, a single-point decrease means that the investor will have lost $500,000. Since many managers or mutual funds and exchange-traded funds handle billions of dollars in assets, this dynamic plays out on an enormous scale.

This is why traders keep track of changes as small as 0.01 percentage points. While this is a small shift in absolute terms, even a few-hundredths of a percent can mean millions of dollars gained or lost on the stock market. It is a unit of measure large enough to have real value, while also being small enough that traders don’t have to ordinarily subdivide it. (The term wouldn’t be much use if traders had to regularly talk in terms of half-a-basis point.)

A basis point, in other words, is industry shorthand. It means that some percentage measurement has changed by 0.01. 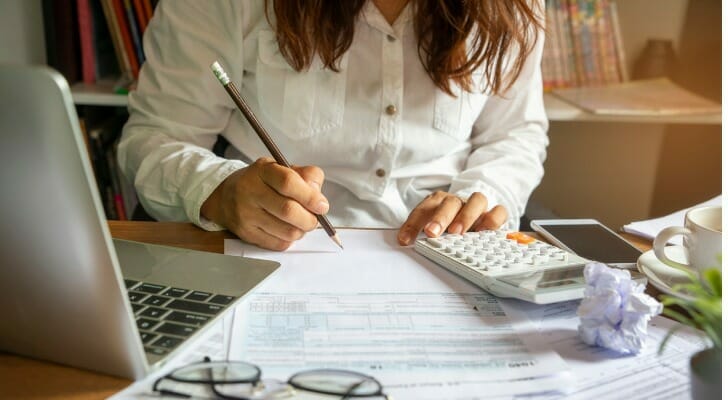 A basis point is equal to a change of 0.01%. It is common in literature about bonds and other income securities. The fact that basis point is such a common part of financial parlance reflects the extent to which securities markets are gargantuan. Even the most microscopic twitch in the price or yield of a security can mean the difference between a profit of hundreds of millions of dollars or a loss of that much.