Where Upper-Middle-Class People Are Moving – 2021 Edition 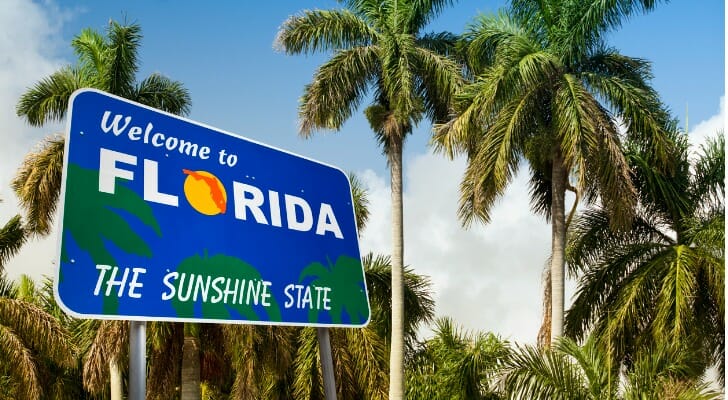 Tax filers with higher adjusted gross incomes (AGIs) tend to move less than filers with lower AGIs. This may be due to various reasons, including that taxpayers in higher income brackets often skew older or are more established in their careers. Regardless of the cause, IRS migration data shows that roughly 3% of filers with AGIs between $10,000 and $50,000 moved to a different state from 2018 to 2019. By comparison, 2.26% of tax filers with AGIs between $100,000 and $200,000 moved across state lines during the same years. Though higher earners may be less likely to move states overall, some states have still seen relatively large influxes of this demographic.

This is our third annual study on the states where upper-middle class people are moving. Check out our 2020 edition here. 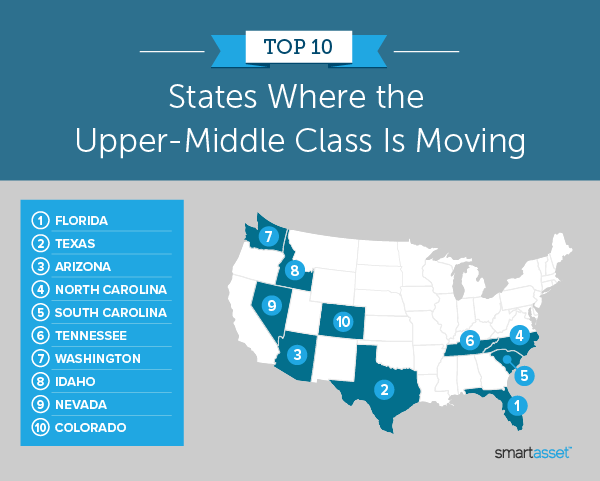 If you recently moved to Arizona and are looking for some financial help, check out our list of the top financial advisors in the state.

According to 2018-2019 IRS migration data, about 7,700 upper-middle-class people moved to Nevada while less than 5,400 left. In total, the net migration of the upper-middle class to Nevada was 2,360, the ninth-highest in our study.

Tips For Maximizing Your Savings