States With the Best Infrastructure – 2022 Edition 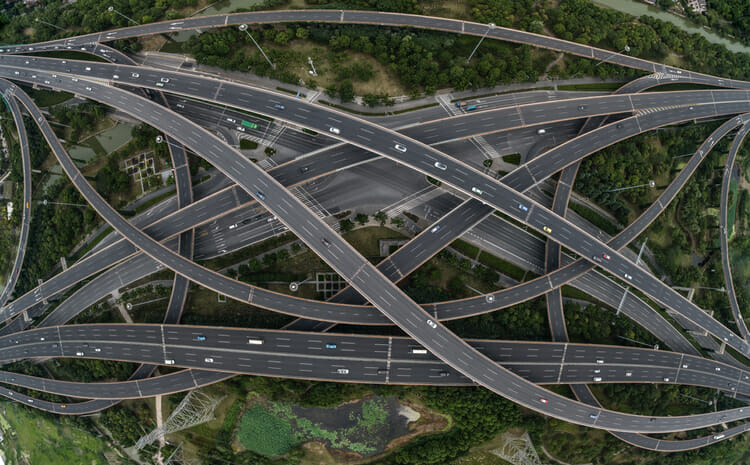 Millions of federal dollars are on the way to states as a result of two recent bipartisan infrastructure bills. This has the potential to impact the finances of everyday Americans. Some sources suggest that the average American loses roughly $3,300 of disposable income per year due to poor infrastructure – money that could be put to other use such as retirement planning, housing, family spending and more. Better infrastructure means the creation of millions of jobs and lower commute times among other benefits.

In this study, we looked at current infrastructure conditions in all 50 states. We compared states across eight metrics on topics such as road, bridge and public transportation quality, internet coverage, water system needs and electric grid reliability. For details on our data sources and how we put all the information together to create our final rankings, check out the Data and Methodology section below.

This is SmartAsset’s third annual study on the states with the best infrastructure. Check out the previous version here.

Nevada has the second-lowest average length of power outages (less than an hour typically, at 55 minutes) and the third-lowest average number of outages (0.59 times per year). Nevada also ranks sixth-best for access to broadband internet service (94.2%). In terms of transportation, Nevada has the highest percentage of bridges in good or fair condition (99.2%, tying with Utah).

Utah ranks in the top 10 states for three of the eight metrics we considered. It ties for the highest percentage of bridges in good and fair condition (99.2%), ranks eighth-best for broadband coverage (93.0%) and has the ninth-lowest number of power outages (0.79 per year on average). The average commute time for workers in the state is also low, at 22.0 minutes.

Regarding transportation, Nebraska has the fifth-lowest commute time on average (18.9 minutes). A contributing factor could be that 89.9% of roads are considered in good or fair condition (eighth-highest) and 94.8% of bridges are reported to be in the same condition (26th-highest). Power outages occur infrequently (0.58 times per year) in Nebraska and typically are short (66 minutes on average).

Oregon has the ninth- and 14th-highest percentages of roads and bridges in good or fair condition (89.8% and 96.3%, respectively). About 4% of workers use public transit to get to and from work (11th-highest) and the average commute time in this state is roughly 24 minutes.

Across the infrastructure metrics we considered, Maryland ranks well for utility-related factors. The state has the third-highest broadband internet coverage (96.3%). Additionally, the average frequency and duration of electricity outages is 0.77 times per year and roughly 76 minutes, respectively. Maryland also ranks fifth in one transportation-related metric: the percentage of workers that use public transit to get to work (7.4%).

Delaware residents can expect power outages lasting roughly 85 minutes on average when they occur (14th-lowest in our study). Almost 96% of the state has broadband coverage (fourth-highest). Long-term, Delaware has the fifth-lowest needs for drinking water over a 20-year period (roughly $833 in water per person).

Minnesota ranks 12th-best for two metrics: its percentage of bridges in good or fair condition (96.5%) and the average duration of power outages (about 79 minutes). The state also ranks 13th-best for two other metrics: the percentage of workers who rely on public transit to get to work (3.2%) and the frequency of power outages (0.84 times a year).

Kansas offers workers a commute time that is under 20 minutes (eighth-lowest). Potentially a factor, the state has the ninth- and 12th-highest percentages of bridges and roads in good or fair condition (97.2% and 88.4%, respectively). In terms of electricity stability, residents in Kansas experience an average of 0.86 power outages per year (15th-lowest) and these power outages last under 100 minutes typically (22nd-lowest).

Wisconsin residents experience an average of 0.71 power outages per year (sixth-lowest). Typically, power outages last just under an hour and a half (17th-lowest). Wisconsin also has the 20th- and 21st-highest percentages of bridges and roads in good and fair condition (95.8% and 83.4%, respectively).

Arizona rounds out our list of the top 10 states with the best infrastructure. The Grand Canyon state has the lowest average frequency and length of power outages (0.51 times a year and roughly 45 minutes, respectively) across all 50 states. Broadband coverage accounts for 88.4% of the state. Arizona also has the fourth-highest percentage of bridges in good or fair condition (98.4%) and ranks 25th-best for its percentage of roads in the same condition (81.4%).

To find the states with the best infrastructure, SmartAsset looked at data for all 50 states (excluding the District of Columbia). We compared states across the following eight metrics:

Financial Tips for Maximizing Your Investments