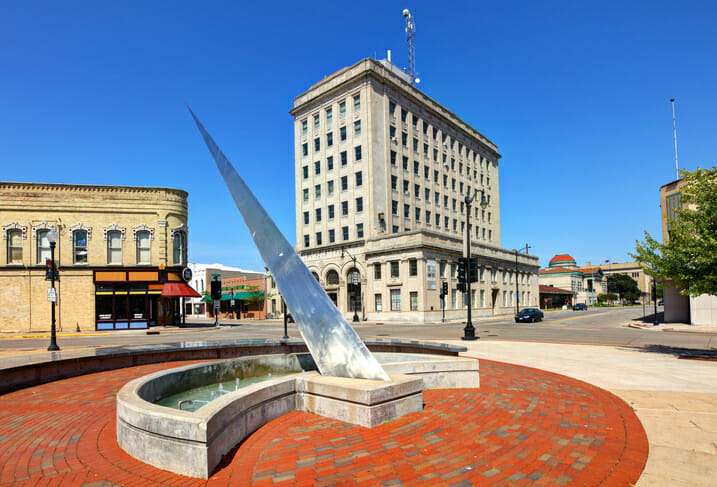 But while the mass exodus from large cities may have been overstated, many small cities are growing. A recent SmartAsset study found that five of the top 10 boomtowns in America have fewer than 100,000 residents. Keeping this in mind, we set out to identify the most livable small cities in the nation.

SmartAsset analyzed data on 286 cities with between 65,000 and 100,000 residents, considering the following metrics: concentration of entertainment establishments, restaurants, bars and healthcare establishments, Gini coefficient (a measure of income inequality), home affordability, housing costs as a percentage of median income, poverty rate, unemployment rate, percentage of residents without health insurance and average commute time. For details on our data sources and how we put all the information together to create our final rankings, check out the Data and Methodology section below.

This is the 2022 edition of our study on the most livable small cities in America. Read the 2021 version of the study here.

Missouri's O’Fallon, a suburb of St. Louis, is the most livable small city in the U.S. for the second year in a row. O’Fallon has the 11th-lowest income inequality across our study and the 21st-lowest percentage of residents living below the poverty line (4.6%). Meanwhile, the city of 88,000 ranks 28th-best for home affordability, as the median home value in O’Fallon is just 2.54-times the median household income. Average housing costs in O’Fallon make up about 18% of the median household income, the 25th-lowest percentage in our study.

Eau Claire, Wisconsin has the third-highest percentage of businesses that are bars and the 16th-highest concentration of healthcare establishments. Meanwhile, median housing costs comprise 18.75% of the median household income, which ranks in the top 15th percentile for that metric. The city also has the ninth-shortest average commute time of just 16.2 minutes.

With nearly 79,000 residents, Flower Mound, Texas has the eighth-lowest poverty rate in our study, at 3.8%. Flower Mound also has the 14th-lowest income inequality, while the greater county has the 15th-highest concentration of restaurants (9.18%). Housing costs are 17.65% of the median household income in Flower Mound, that’s 19th-lowest across the 286 cities in our study.

Located between Indianapolis and Chicago, the city of Lafayette, Indiana and surrounding Tippecanoe County have the 10th-highest concentration of restaurants (9.39%). Lafayette additionally ranks 20th overall for its concentration of healthcare establishments, which comprise 14.28% of all establishments. The median value of a home in Lafayette is about 2.54-times the median household income, the 29th-lowest ratio in our study.

Located northeast of Indianapolis, Indiana's Fishers had the lowest unemployment rate of all 286 cities in our study as of February 2022, as just 1.7% of workers did not have a job. The city also has the lowest percentage of residents living below the poverty line (2.9%). Meanwhile, median housing costs in Fishers comprise just 16% of the median household income, fourth-lowest across our study.

Cheektowaga, New York is one of the most affordable places for people to buy a home. The median home value is just 2.13-times higher than the median household income, eighth-best across our study. Just 3.6% of Cheektowaga residents do not have health insurance, the 30th-lowest rate in our study. Cheektowaga and the surrounding Erie County have 32nd-highest concentration of bars in our study.

Home to about 70,700 residents, the city of St. Charles, Missouri has the 18th-lowest housing costs as a percentage of median household income (17.59%). As of February 2022, St. Charles County also had the 40th-lowest unemployment rate (2.8%) across the 286 cities we studied. The city also ranks in the top 15th-percentile for its concentration of healthcare establishments (13.50%).

Woodbury, Minnesota has the sixth-lowest unemployment rate (2.0%) as of February 2022 and the 14th-lowest percentage of residents living below the poverty line (4.2%). Meanwhile, Woodbury and the surrounding Washington County have the 20th-highest concentration of arts, entertainment and recreation establishments, which make up more than one in 50 establishments in the area.

To find the most livable small cities in America, SmartAsset compared 286 cities with at least 65,000 people but fewer than 100,000 across the following 11 metrics: