Most Dog-Friendly Cities in America – 2022 Edition 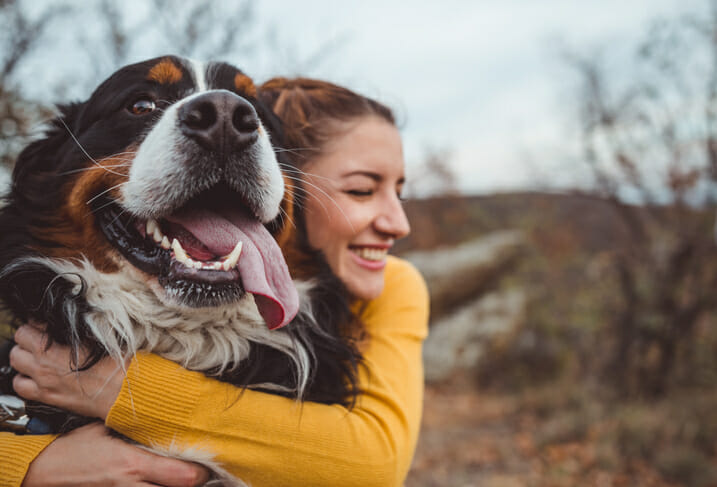 In 2021, over $100 billion was spent on the pet industry in the U.S. alone. While that figure includes pets of all kinds, dogs make up the majority of pet ownership in the U.S. with 48 million households caring for a four-legged friend. While spending on dogs continues to climb with each passing year, more and more cities have also grown in their dog-friendliness, even allowing patrons to enjoy the company of their dogs while they dine or shop.

To uncover the cities that are more accommodating to dogs and their owners, we analyzed data for 97 of the largest U.S. cities across topics reflective of dog-friendliness and livability. For details on our data sources and how we put all the information together to create our final rankings, read the Data and Methodology section below.

This is SmartAsset’s seventh study on the most dog-friendly cities. Check out the previous version here.

For the ultimate dog lover in search of the most dog-friendly city, look no further than St. Petersburg, Florida. For pet care, residents have access to the fifth-highest number of pet stores and vet offices (84.5 for every 10,000 establishments). You’ll also find roughly 18 dog shops (third-highest among all cities in the study) and 134 dog-friendly restaurants (39th-highest out of 97 cities).

In Tucson, Arizona, pet owners can expect the 16th-lowest average annual number of rainy days (22.8). While out and about, residents and their loyal furry companions have access to 182 pet stores and vet offices (or 89.2 for every 10,000 establishments, ranking third-highest). Additionally, there are 253 dog-friendly restaurants in the city.

Dog owners have access to the fourth-highest number of dog parks per capita (4.9 parks for every 100,000 residents). There are also 242 dog-friendly restaurants in Tampa, Florida (18th-highest), as well as 62.5 pet stores and vet offices per 10,000 establishments (39th-highest).

This Midwestern city takes the No. 1 spot for the metric: pet stores and vet offices per 10,000 establishments (104.6). Madison, Wisconsin also ranks seventh-best for its access to dog parks per capita (4.1 parks for every 100,000 residents). Residents looking to bring along a shopping companion also have access to 15 dog-friendly shops (10th-highest).

Despite the hustle and bustle of city life, dog owners in Las Vegas, Nevada have access to 3.8 dog parks (for every 100,000 residents), which is the ninth-highest across all 97 cities in our study. Las Vegas also boasts just 25 days of precipitation on average (17th-lowest). Additionally, residents looking to enjoy a meal alongside their dog have access to 223 dog-friendly restaurants (22nd-highest).

Not only does Arlington, Virginia have the eighth-highest number of dog parks per capita (3.9 for every 100,000 residents), but it also boasts the 14th-best walk score, a measure of city walkability. Dog owners in the city also have access to 14 dog-friendly shops, which is the 13th-highest figure for this metric.

Minneapolis, Minnesota has the 13th-highest walk score and ranks in the top 25 cities for the total number of dog-friendly restaurants (196). Residents with furry friends looking to get outdoors have access to 1.6 dog parks (for every 100,000 residents), which ranks in the top third of all cities included in the study.

The Golden City is the most walkable of all 97 cities in the study, meaning that many errands can be completed on foot, providing plenty of opportunity to bring out four-legged friends for a walk. While out, dog owners have access to the fifth-highest number of dog parks per capita (4.5 for every 100,000 residents). Additionally, San Francisco also has an average of 27.9 rainy days (the 22nd-lowest in this metric).

St. Louis, Missouri ranks 20th for both walkability and access to dog parks per capita (2.3 for every 100,000 residents). The Midwestern city also ranks in the top third for the number of dog-friendly restaurants (157) and dog-friendly shops available (6). For dog lovers looking to move to the area, St. Louis has the lowest average sales price for a home among the top 10 ($197,500).

To find the most dog-friendly cities, SmartAsset pulled data for the 100 largest cities in America, 97 of which had available data. We compared cities across the following seven metrics: