Cities Where Renters Can Afford to Live Alone – 2022 Edition 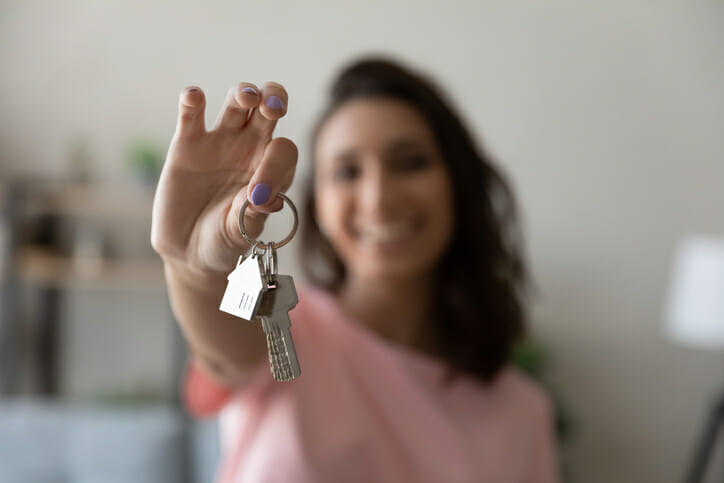 Rent prices are rising rapidly in many of America’s largest cities. Nationally, average rent increased by 11.3% between the start of 2021 and 2022. To more comfortably afford housing costs, some renters opt to share a space. The Pew Research Center reports that nearly one in three adults have a roommate. However, many people prefer living alone, if it fits in their monthly budget.

In this study, we compared the 100 largest U.S. cities across topics such as rent costs, earnings, living costs and employment to uncover where renters can afford to live alone. For details on our data sources and how we put all the information together to create our final rankings, read the Data and Methodology section below.

This is SmartAsset’s fifth study on the cities where renters can afford to live alone. Check out the previous version here.

The most populous city in Minnesota claims the top spot and also has the lowest April 2022 unemployment rate, at 1.4%. Minneapolis has the ninth-highest percentage of housing units that have less than two bedrooms (32.81%). Rent for these types of units is $1,130 on average and full-time workers in the city earn an average of $55,754.

Omaha, Nebraska offers the 15th-lowest average rent for a studio or one-bedroom apartment ($837). The city has the ninth-lowest unemployment rate for April 2022 (2.2%) and the 37th-highest average earnings for full-time worker ($49,171). The estimated annual cost of living in Omaha is about $23,800.

Lincoln, Nebraska ranks in the top 20 cities for three metrics. First, Lincoln has the third-lowest unemployment rate for April 2022 (1.8%). It also has the 15th-lowest estimated annual cost of living of all the cities in this study ($23,419) and the 17th-lowest average rent for an apartment with less than two bedrooms ($877).

The Mad City has an unemployment rate that falls in the top 10, ranking sixth at 2.0%. For an apartment with less than two bedrooms, the average rent is $1,083 (ranking 27th-best) and roughly 24% of all units fall into that category. Average earnings for full-time workers and the cost of living is roughly $52,900 and $26,300, respectively.

Wichita, Kansas offers the lowest average monthly rent for an apartment with less than two bedrooms, at $581. Wichita also has the second-lowest cost of living ($22,160) and the 22nd-lowest April 2022 unemployment rate (2.7%).

Average rent for studios and one-bedroom apartments in Lexington, Kentucky is $749 (ranking fifth) and the annual cost of living is about $23,200 (ranking 13th). Full-time workers earn an average of $47,000. Additionally, Lexington ties for the 36th-lowest unemployment rate for April 2022 (2.8%).

Tulsa, Oklahoma ties with Lexington, Kentucky for its April 2022 unemployment rate (2.8%). Average rent for an apartment with fewer than two bedrooms is $780. With full-time workers in the city earning roughly $41,800 and the low average rent figure, many individuals can afford to live alone.

Seattle, Washington has a high concentration of studio and one-bedroom apartments. Roughly 37% of apartments have less than two bedrooms (fourth-highest) and the average rent for these will cost an average of $1,528. The unemployment rate in April 2022 was 1.9%, which is fourth-lowest overall, and average earnings for full-time workers are nearly $78,500, which ranks fifth-highest.

To find the cities where renters can afford to live alone, SmartAsset looked at data on the 100 of the largest U.S. cities. We compared them across five metrics:

Financial Tips for a Solo Renter