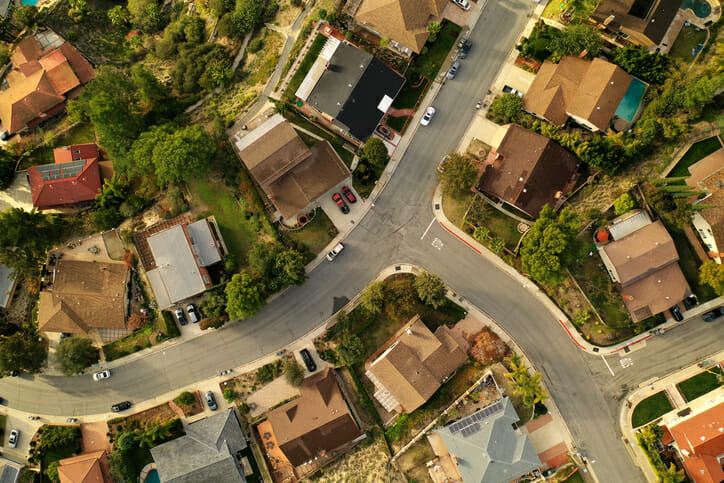 Historically, the middle class has been the largest economic group in the U.S. and currently remains so. However, it is an economic group whose numbers have steadily declined year-over-year. More families are renting than buying homes in recent years and the number of families considered cost-burdened (paying more than 30% of their income for housing) has steadily increased – up to approximately 27% of the middle class in 2018. However, some states are better than others for middle class residents and we set out to uncover them.

In this study, we compared all 50 states and the District of Columbia across seven metrics. Specifically, we looked at the percentage of households in the middle class, median household income adjusted for cost of living, median home value, homeownership rate and the Gini index. We also considered four-year changes in both median household income and middle-class job growth. For details on our data sources and how we put all the information together to create our final rankings, read the Data and Methodology section below.

This is SmartAsset’s third study on the best states for the middle class. Check out the previous version here.

Across all 50 states and the District of Columbia, Utah has the highest concentration of middle-class households (46.62%), defined in our study as households with an annual income between $60,000 and $149,999. Additionally, Utah’s Gini index – a measure of income inequality, where 0 indicates perfect equality and 1 indicates perfect inequality – is the second-lowest nationwide, at 0.42.

Idaho shows consistency over time, remaining second-best overall in our study. From 2016 to 2020, the median household income in Idaho increased by 21.17%, the fifth-best rate overall. Additionally, the number of jobs earning a middle-class income ($30,000 to $70,000) increased by 31.20% which also ranks fifth-best in our study. The state's income distribution - measured by the Gini index - ties for third-best with an index of 0.44.

Jumping three ranks from the No. 6 spot in 2020, New Hampshire also ranks in the top 10 states for four of seven metrics analyzed. These metrics include the percentage of middle-class households (44.10%), Gini index (0.44), homeownership rate (73.25%) and median household income adjusted for cost of living ($77,966).

Since 2016, the median household income has increased by 15.13% and when adjusted for the cost of living, the income value is $76,561,10th-best in our study. When measuring income inequality, Minnesota ties for the 11th-best Gini index of 0.45.

Colorado falls behind for our two housing-related metrics, with the homeownership rate (66.79%) ranking only 36th-best and the median home value ($415,700) ranking sixth-highest.

South Dakota ranks as the sixth-best state for the middle class, ranking in the top 15 states for three metrics. It has the 15th-highest homeownership rate (40.69%), sixth-best Gini index (0.44) and fourth-largest four-year increase in middle-class jobs (33.20%). For middle-class individuals looking to put down roots, homes in South Dakota are also relatively affordable. The median home value is 16th-lowest, at $188,900.

Across the seven metrics we considered, Iowa ranks particularly well for housing-related measures. It has the eighth-lowest median home value ($164,000) and ninth-highest homeownership rate (72.46%). Additionally, Iowa ties for the third-lowest Gini index in our study, at 0.44. The median household income adjusted for cost of living is $67,779, 24th-highest in our study.

Vermont moves up this year, ranking 20th-best overall in the previous version of this study. This Northeastern state ranks eighth-best for two metrics: percentage of households in the middle class (42.03%) and homeownership rate (72.62%).

Indiana rounds out our list of the top 10 states for the middle class jumping eight spots from No. 18 in our previous study edition. The median home value is $163,500 (seventh-lowest) and 40.14% of households are in the middle class (ranking 20th-best). The homeownership rate is 12th-highest, at 71.39%.

Indiana falls farthest behind when it comes to median household adjusted for cost of living. We found that the adjusted figure is $65,373, the 18th-lowest across all 50 states and the District of Columbia.

To find the best states for the middle class, SmartAsset looked at data for all 50 states and the District of Columbia. We compared them across seven metrics:

Tips for Improving Your Financial Security