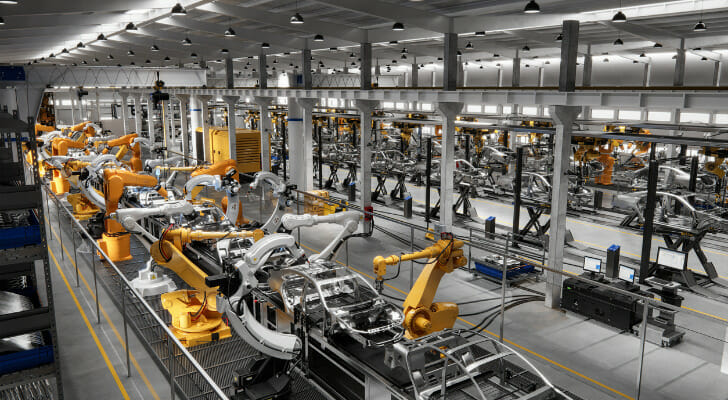 It’s no secret that manufacturing isn’t the economic force it once was in the United States. The U.S. Bureau of Labor Statistics says that 7.5 million manufacturing jobs have been lost since the peak in 1969. A variety of factors account for this, notably companies moving manufacturing to other countries where labor costs are significantly lower. That said, there are still some cities where manufacturing is a big part of the economy. SmartAsset analyzed data to identify and rank the best places to work in manufacturing.

This is SmartAsset’s sixth study on the best places to work in manufacturing. Read the 2020 version here. 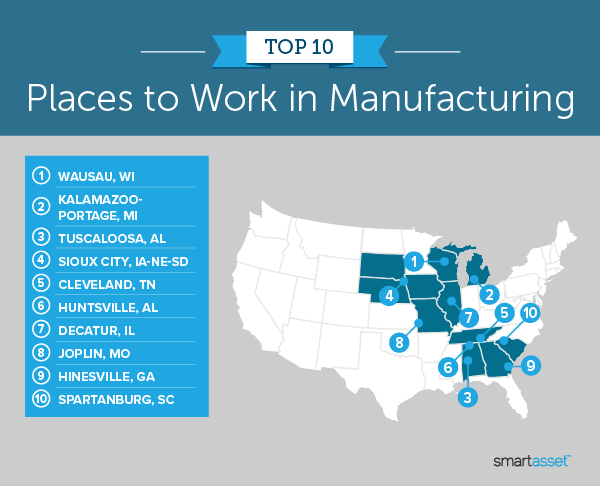 Tuscaloosa is the highest ranked Southern metro area on this list, with 21.43% of the workforce employed in manufacturing (ranking 30th). Housing costs in the area make up just 15.36% of income, the 44th-lowest out of all the cities studied. One-year income growth is also in the top 50, ranking 46th at 6.42%

Sioux City’s metro area is spread out in three different states and has the 21st-highest rate of manufacturing jobs with 23.45% of the workforce. This area also saw the 10th-highest job growth between 2016 and 2019, a leap of 27.82%. Three year income growth wasn’t nearly as good, though, finishing in the bottom half (225th) with only 5.15% growth.

Manufacturing jobs make up 20.99% of the workforce in Cleveland, Tennessee, the 34th-highest percentage in this study. Comparatively, job growth over one year in manufacturing ranks 11th, jumping 14.6%. The unemployment rate for September 2021 stood at 3.3% in Cleveland, ranking 102nd.

Manufacturing jobs in Huntsville, Alabama’s workforce make up only 11.08%, the lowest ranked metro area (163rd) in the top 10 of this study for that metric. Manufacturing jobs here, however, have seen a 20.97% high income growth between 2016 and 2019, ranking 11th in this study. Huntsville had the 30th-lowest unemployment rate in September 2020 out of the areas studied (2.3%).

Manufacturing jobs in Hinesville, Georgia rank 54th in this study, making up 18.37% of the workforce. This area had the biggest job growth between 2016 and 2019, with a whopping 51.04%. That said, incomes for manufacturing jobs actually shrunk by 1.87% during that period, placing Hinesville near the bottom (351th place).

The final metro area in the top 10 is Spartanburg, where 25.6% of the workforce is employed in manufacturing (16th in this study). Spartanburg ranks 18th in three year job growth, jumping 22.81%. One-year income growth, however, was only 0.17%, ranking 252nd.

To find the best places to work in manufacturing, we compared 378 metropolitan areas across the following metrics: