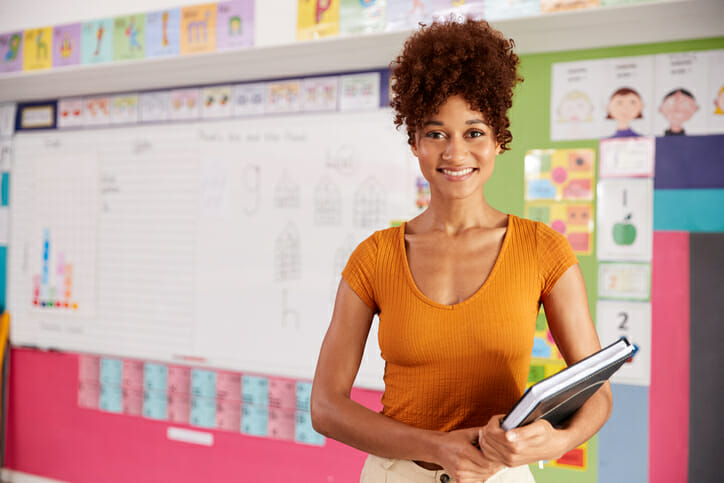 Teachers play an important role in enriching the minds of the next generation. And though the work itself may be rewarding, the pay often isn’t. Education jobs consistently fail to keep pace with inflation and are among the least financially-rewarding for positions requiring a bachelor’s degree. Once adjusted for inflation, teacher incomes have declined by -3.8% over the past decade.

What’s more, issues like a lack of funding and the fallout of the COVID-19 pandemic have made the field more challenging for educators today. Despite this, some areas of the country provide more job opportunities, higher earnings and lower housing costs for teachers.

In this study, SmartAsset uncovered the best places to be a teacher by analyzing data for the 137 largest metro areas across the country. We compared areas across nine metrics on topics such as employment, income, housing costs, classroom size, school funding and access to the internet. For details on our data sources and how we put all the information together to create our final rankings, read the Data and Methodology section below.

This is SmartAsset’s seventh study on the best places to be a teacher. Check out the previous version here.

There are roughly 4,600 teachers in the Youngstown-Warren-Boardman, Ohio-Pennsylvania (which equates to 2.39% of the area’s workforce and ranks No. 4 in this metric). For teachers in the area, there has been a 15.52% increase in average income over a one-year period (third-highest). Additionally, housing costs in the area are roughly $683 monthly (fourth-lowest).

About two hours away from the No. 2 ranking metro area is our No. 3 metro area: Syracuse, New York. This metro area offers the eighth-highest average spending per student ($21,154) and the 10th-lowest student-to-teacher ratio, with 12.17 teachers per student.

In Hartford-East Hartford-Middletown, Connecticut, teachers earn roughly $82,680 annually (18th-highest overall). Teachers can also expect substantial monetary support in their districts as this metro area has the second-highest average spending per student ($22,750) across 137 metro areas in our study. Classrooms are also smaller on average, meaning that teachers can dedicate more individual attention to students. Specifically, the student-to-teacher ratio is 12.13, ninth-lowest in the study.

Teachers in the Worcester, Massachusetts-Connecticut metro area earn roughly $76,000 on average and make up a little over 2% of the workforce. Student spending averages around $18,300 per student (15th-highest). Teachers in the area have smaller classrooms on average with a student-to-teacher ratio of 13.23 (17th-lowest).

The Canton-Massillon, Ohio metro area ranks in the top 10 across three metrics. First, the area offers low monthly housing costs ranking seventh-best for its $787 median expense. Teachers in Canton-Massillon make up 2.30% of the workforce (roughly 3,640 teachers) which is the eighth-highest concentration for this metric. Additionally, teachers in the area have experienced a 12.28% increase in income over a one-year period since 2020 (ninth-highest increase).

Toledo, Ohio has the fifth-highest concentration of teachers compared to its overall workforce (2.38%, comprising 6,630 teachers). This metro area also ranks 14th-best for its one-year change in income for teachers (a 9.35% increase since 2020) and housing costs ($839 monthly).

The average income for teachers is $71,864 in Lancaster, Pennsylvania. Over a one-year period from 2020, incomes have increased by 6.36% (30th-highest) and the number of employed teachers has increased by 11.08% (24th-highest). Similarly, the student-to-teacher ratio is the 16th-best, with only 13.50 students per teacher. Even with smaller classrooms, average spending per student ranks well at $18,203 (16th-highest).

Teachers make roughly $72,150 in Columbus, Ohio on average. Over a one-year period, teacher incomes have increased by 5.77% (36th-highest). Over the same time period, the number of teachers employed has grown by 3.71% (45th-highest). In total, over 19,000 teachers are employed in the area, making up close to 2% of the Columbus workforce.

To find the best places to be a teacher, SmartAsset looked at the 150 largest U.S. metro areas, 137 of which had available data. We compared those areas across nine metrics: