Where Singles Are Increasingly Choosing to Buy Over Rent – 2020 Edition 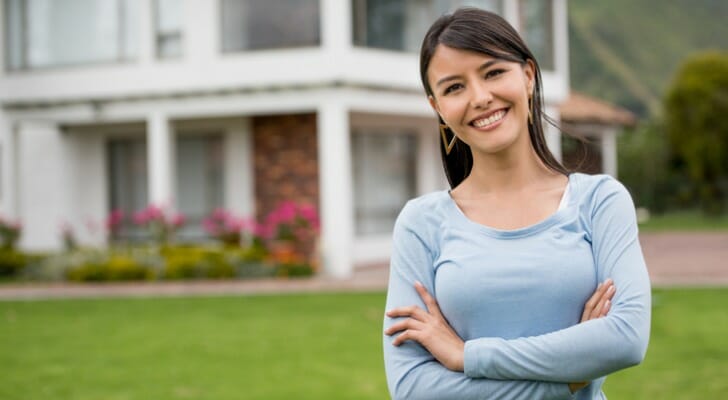 According to 2018 Census Bureau data, approximately two of every 10 owner-occupied housing units in the U.S. is a one-person household. That means more than 17 million units fall under this category. These are singles who have chosen to buy a house or apartment instead of renting. Covering initial expenses like closing costs and a down payment – not to mention saving up for future costs like mortgage payments and insurance – can be difficult for a multi-person household, let alone just an individual. But there are some cities in which single homeowners are increasingly choosing to buy. SmartAsset crunched the numbers to find out where.

To uncover the cities where singles are increasingly choosing to buy over rent, we examined data on the 100 largest U.S. cities for two metrics: single homeownership rate in 2014 and single homeownership rate in 2018. For details on our data sources and how we put all the information together to create our final rankings, check out the Data and Methodology section below.

This is SmartAsset’s second version of our study on where singles are choosing to buy over rent. Read the 2019 version here. 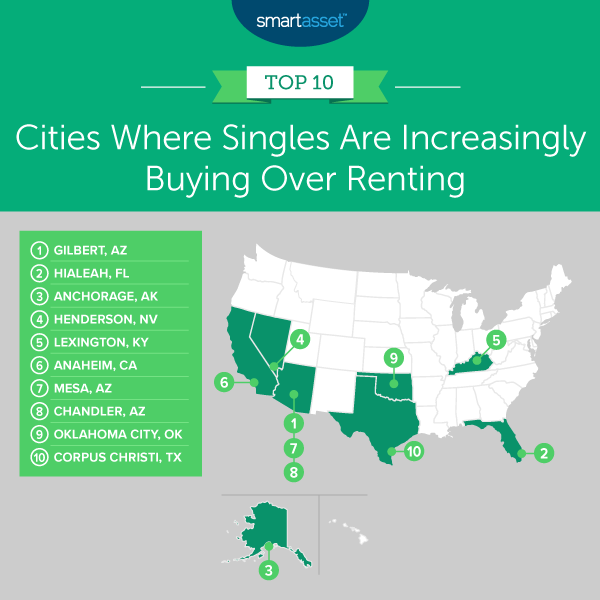 Of the 100 largest cities in the country, Gilbert, Arizona is the top place where singles are increasingly choosing to buy over rent. In 2014, the total number of occupied one-person households was 10,428, and with 6,158 of them owner-occupied, the homeownership rate for singles that year was 59.05%. The 2018 rate was 70.77%, marking an increase of 11.72% – the largest in our study. Current homeowners in Gilbert who are looking to sell might wish to take advantage of this increase, as the city is also one of the best U.S. cities to sell a house.

Individuals have been increasingly choosing to buy instead of rent in Lexington, Kentucky in recent years. The four-year change in the homeownership rate for singles in the city has increased by 5.92%, according to our comparison of Census Bureau data from 2014 and 2018. Specifically, the rate increased from 42.25% in 2014 to 48.17% in 2018.

Single residents in Anaheim, California have increasingly chosen to buy instead of rent in 2018 than in 2014. In 2018, there were approximately 18,900 occupied one-person households in the city, about 8,700 of which – or almost 46% – were occupied by their owners. By comparison, there were about 17,000 total occupied one-person households in Anaheim in 2014 and fewer than 6,900 of them – or about 40% – were occupied by their owners.

Mesa is one of three Arizona cities in our top 10, as well as the top city where retirees are moving. The homeownership rate for one-person households in the city was 48.02% in 2014 and 53.00% in 2018, marking a four-year increase of close to five percentage points.

In 2014, there were a total of 20,554 occupied one-person households in Chandler, Arizona, about half of which were occupied by their owners. According to Census Bureau data, that rate increased by 4.84% over the following four years. In 2018, the homeownership rate for singles was 55.82%. 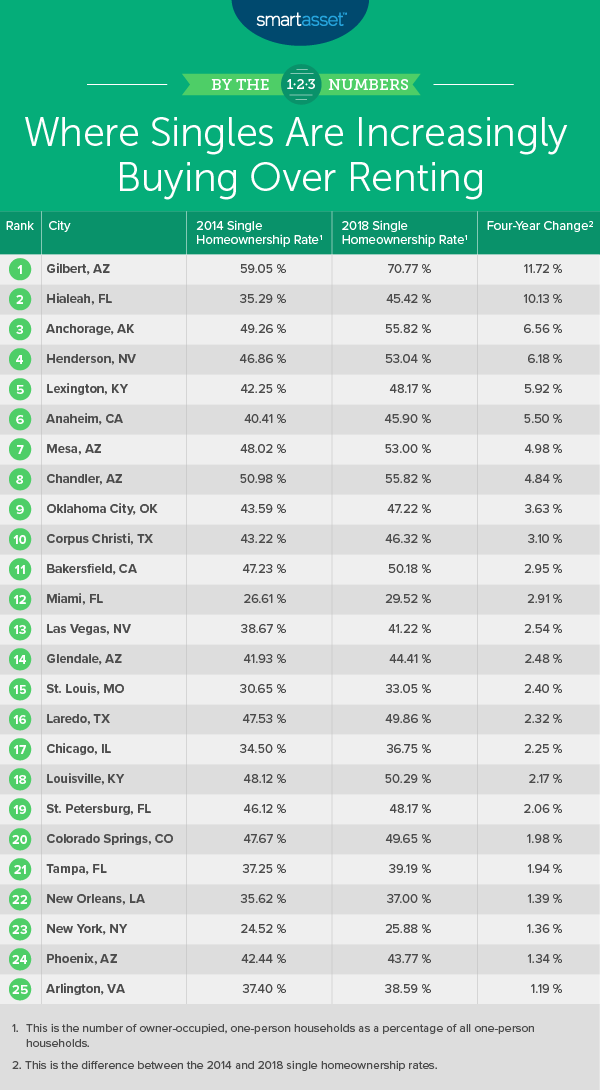 To find the cities where singles are increasingly choosing to buy over rent, we looked at data on the 100 largest U.S. cities across two metrics: