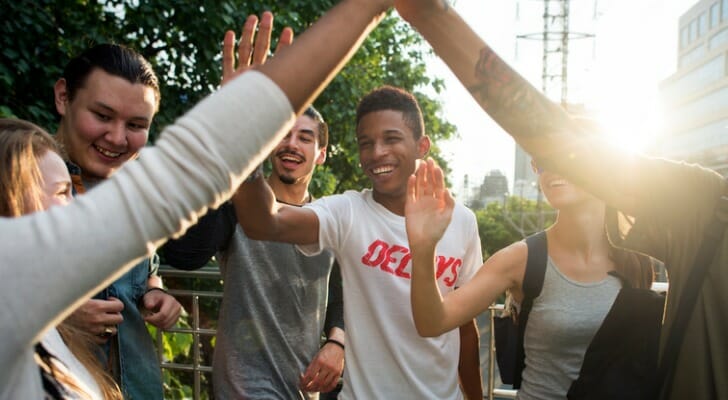 Finding the perfect city is difficult. You know you want to live somewhere with plentiful high-paying jobs. But you also want to balance a good job with affordable housing. That ideal scenario will allow you to boost your savings and set you on a clear path for financial independence. But there are other important considerations at play. Many Americans desire to live somewhere walkable where the threat of crime is low. Below we look at these and other factors to rank the most livable cities in America.

To rank the most livable cities in America, SmartAsset took a look at seven factors. Specifically, we looked at walkability, violent crime rate, property crime rate, population density, disposable income, housing cost-burdened rate and unemployment rate. Check out our data and methodology below to see where we got our data and how we put it together to create our final rankings. 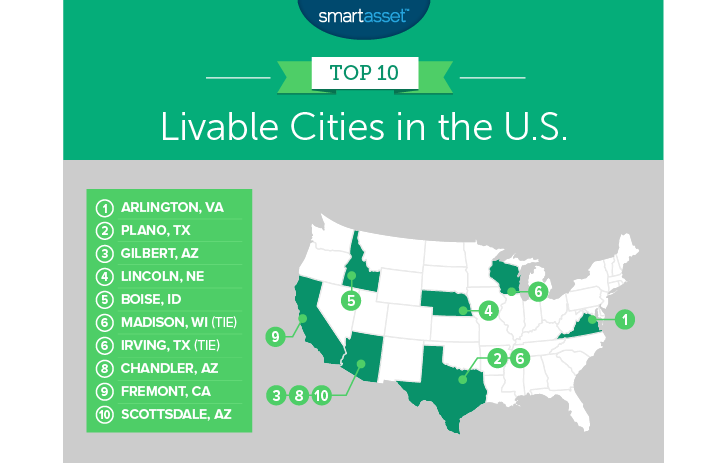 Arlington, Virginia is the most livable city in the country, according to our data. This city has it all. It is reasonably walkable, crime is not a feature in many residents’ lives and opportunities to earn money are abundant. In total, Arlington ranks in the top 20 in all metrics, including ranking in the top 10 in four out of seven metrics.

Plano, Texas is a livable city due to its excellent access to jobs and affordable housing. Census Bureau data reveals that Plano has an unemployment rate of only 2.7% and that the median household can afford the median home with only 18% of its income. That affordable housing means even those on the lower end of the income ladder are not doing too poorly. Only 19% of households here are housing cost-burdened. The one downside to Plano is the likelihood of needing to own a car to get around. Plano ranks below average in walkability.

Although crime is on the decline in the U.S., it can still affect the livability of individual cities. For people who place a high value on low crime rates, Gilbert is a fantastic city to end up in. This city ranks as one of the safest in the country. Finding work here also is not too difficult. Gilbert has an unemployment rate of 3%. Like in Plano, you will need a car to get around Gilbert. This city has a relatively low population density and is not very walkable.

Coming in fourth is Lincoln, Nebraska’s capital. This city has an alluring mix of affordable housing and ample work opportunities. The average household here would only need to dedicate 20% of its income to afford the average home, and the unemployment rate in Lincoln is under 4%. Housing is so affordable for locals that only 15% of households spend over 30% of income on housing. That leaves plenty of households here able to save money whether for retirement or to invest with their financial advisor.

Boise claims a top-five spot on the back of its affordable housing and strong economic indicators. The primary concern for many Americans is securing housing they can afford. There is plenty of that to go around in Boise. This city ranks in the top 10 for both of our housing-related metrics. Boise ranks eighth in median housing costs as a percent of household income and also in percent of households that spend at least 30% of their income on housing.

Mad City, Wisconsin’s capital and home of the University of Wisconsin, shares sixth place. This city is more walkable than some ranked above it. Madison also has the third-lowest unemployment rate in the study. However, the cost of greater access to the city by foot is less affordable housing. This city ranks below 25 in both of our housing-related metrics.

As mentioned, sixth is a tie between Irving and Madison. The two cities have similar livability profiles, with some slight differences. Irving is slightly safer than Madison. It  ranks 10th for violent crime rate and is also more affordable. Irving ranks in the top 20 for both affordability metrics. However, Irving is less walkable than Madison, and opportunities in Irving are harder to come by. Irving has an unemployment rate of 4.4%, a score that ranks outside the top 20.

The second of three Phoenix metro area cities to claim a spot as one of the most livable cities in the country is Chandler, Arizona. This city is mostly safe from crime, ranking in the top 20 for low rates of both violent crime  and property crime. Most households here also earn enough to afford housing comfortably. This city ranks 10th in both housing costs as a percent of household income and percent of households that spend at least 30% of their income on housing.

Fremont rides high livability scores in violent crime, property crime and unemployment to a top-10 ranking. In total, Fremont scores in the top 20 for three out of the seven metrics. Where potential newcomers to Fremont may want to be wary is the housing costs. The median home costs 22% of the median household’s income, which is not too bad. But 21.3% of households spend at least 30% of their income on housing, which ranks 40th.

Rounding out the top 10 is Scottsdale, Arizona. This city has lots of opportunity in the form of high-paying jobs and is relatively safe. In housing costs as a percent of income, Scottsdale ranks third best. For unemployment rate, Scottsdale ranks fifth, and in violent crime rate per 100,000 residents, Scottsdale ranks as having the fourth-lowest violent crime rate. However, if you do live here, you will have to have a car. Scottsdale is one of the least walkable cities in the country and is also fairly spread out. That means even the smallest errands will require a drive. 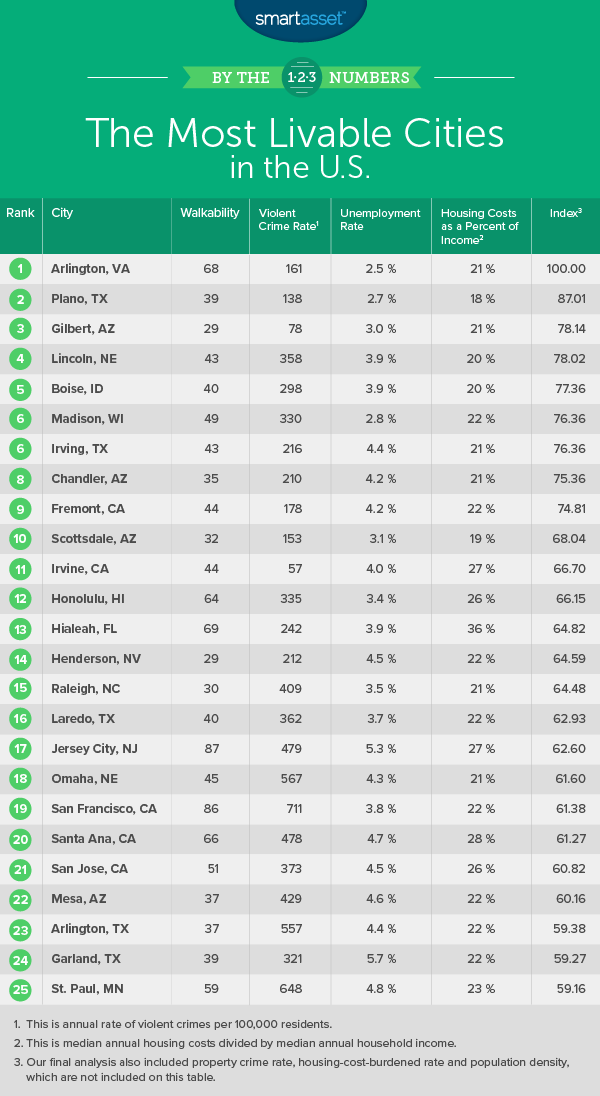 In order to find the most livable cities in the U.S., we analyzed data on 100 of the largest cities in America. Specifically, we looked at data for the following seven factors:

Tips for Maximizing Your Savings Rate