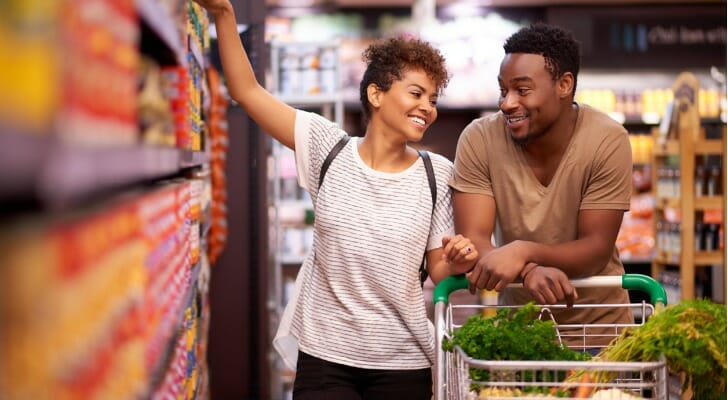 Since household formation often alters spending patterns, one of the best ways to isolate differences in spending between the sexes is by comparing singles. As millennials, born between 1981 and 1996, are less likely to have formed families relative to older generations, they provide an interesting lens to understand how men and women spend and save money. Do single millennial men and women spend and save differently? SmartAsset gathered data from the Bureau of Labor Statistics’ (BLS) Consumer Expenditure Survey to take a closer look.

Below we discuss the typical spending of millennial men and women according to 11 major categories: housing, utilities & housekeeping, food, healthcare, transportation, apparel & personal care, entertainment, reading & education, alcohol & tobacco, personal insurance & pensions and cash contributions & miscellaneous. For more information on our sources and data, check out the Data and Methodology section below. 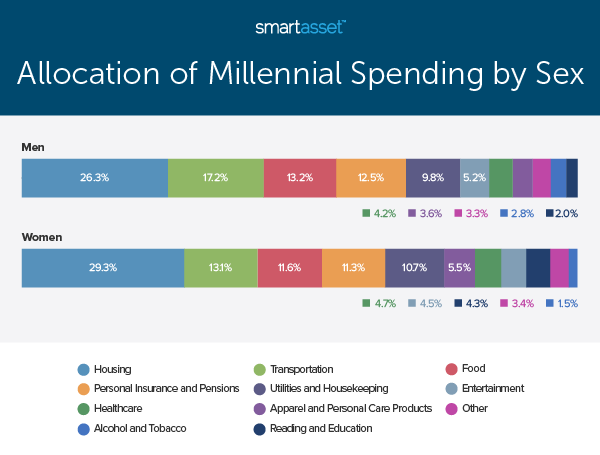 Millennials generally allocate greater shares of their food spending to eating out (including take-out and delivery) than to buying groceries and preparing food at home. Of their total food expenditures, millennial men spent about $3,500 on eating out, or 63%. Millennial women ate out slightly less; about 56%, or $2,500, of their food spending went toward meals at restaurants and take-out.

Millennial women tend to spend more on education than millennial men do. Of single participants between the ages of 25 and 34 in the 2017-2018 survey, 89% of women had a college degree compared to 78% of men. The difference in achieved education levels mirrors their prioritization of continued education and spending on education. Data from the Consumer Expenditure Survey shows that millennial women allocated almost $1,700 to reading & education in 2017-2018, more than double the amount men allocated. 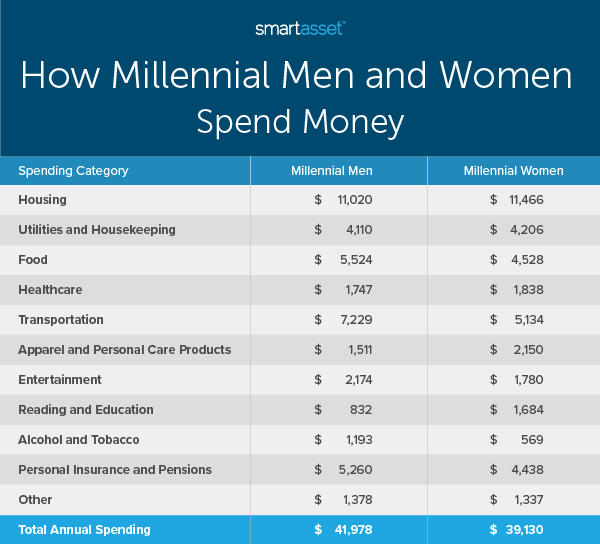 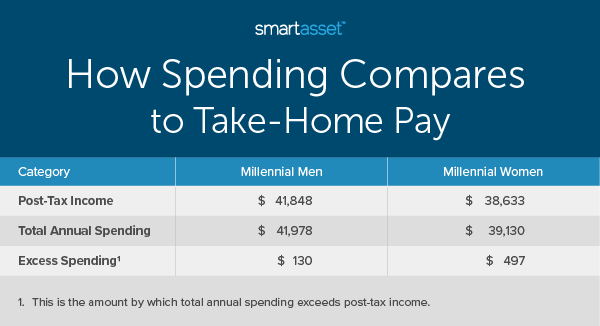 Data for this report comes from the Bureau of Labor Statistics’ 2017-2018 Consumer Expenditures Survey. Since the BLS reports averages per consumer unit, we looked at the spending of single men relative to single women to isolate differences in spending patterns by sex. Millennials are defined as those between the ages of 25 and 34.