The Best States for Homeowners in 2019 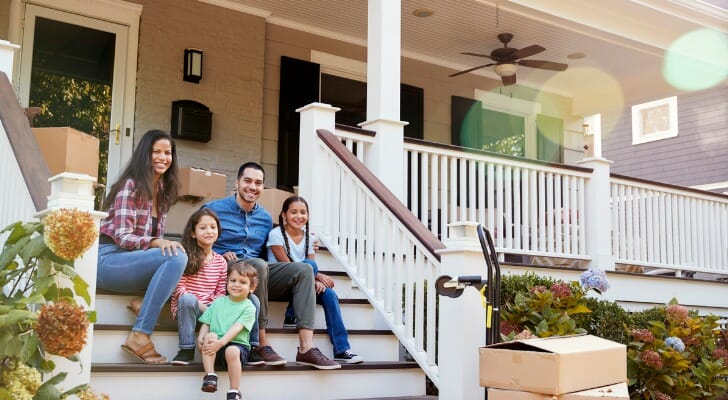 Owning a home is a big milestone for many. Despite the costs and maintenance associated with homeownership, it can represent security, achievement and success. There are some states, though, where it is better to own a home than in others. Things like value-to-income ratios, foreclosure rates and the average cost of owning a home all play into how good a state is for homeowners. Those factors and others are important to review with a trusted financial advisor before you make any final decisions.

To find our list of the best states for homeowners, SmartAsset considered nine metrics and compared every state (except for Vermont, which had some missing data) across each of them: average price per square foot, the one-year percentage change in value per square foot, median- value-to-median-income ratio, foreclosures per 10,000 homes, average effective property tax rate, median annual property taxes, average closing costs, average homeowners insurance and the burglary rate. See the Data and Methodology section below to see details on how we developed our list.

This is SmartAsset’s fifth annual study on the best states for homeowners. Read the 2018 version here. 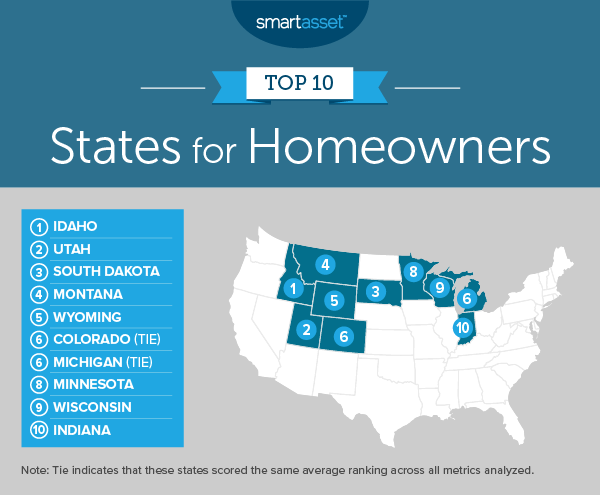 Idaho is the best state for homeowners for the second-straight year. The Gem State saw a price-per-square-foot increase of 12.12% from 2017 to 2018, the second-highest rate in the top 10, which could indicate the state is growing more desirable and attracting new residents. Median property taxes are just $1,408, the third-lowest in the top 10 of our study, and place Idaho in the top 15 for this metric in the study overall. But it’s important to note that it does also have the second-highest average closing cost in the top 10, at $2,023. And the real estate price per square foot in this state, at $161, is the fourth-lowest rate for this metric in the top 10, and ranks 20th-highest in the study overall.

Second on our list is Utah. The Beehive State boasts an average property tax rate of just 0.62%, the third-lowest in the top 10 of this study and 11th-lowest overall. It also scores very well for average annual homeowner’s insurance at $634, the third-lowest in the study. Utah doesn’t fare as well when it comes to foreclosures, though. The state ranks 34th out of 49 for this metric: It has 4.19 foreclosures per 10,000 homes.

The third state on our list for best states for homeowners is South Dakota, which has a median-home-value-to-median-income ratio of just 2.97, a top-15 rate. The burglary rate in South Dakota is approximately 311 per 100,000 residents. That’s the third-lowest rate in the top 10 and the 12th-lowest rate for that metric in the study overall. The property tax rate is fairly high at 1.26%, leading to median annual property tax payments of $2,119.

Fourth on the list is Montana, which boasts a foreclosure rate of just 0.60 per 10,000 homes. That’s the second-lowest rate in our entire study. Montana also ranks 10th for the metric of real estate price per square foot, at $186. It has a property tax rate of 0.81% and median annual property taxes of $1,865, both of which are top-25 rates. The average closing cost in Montana is $1,994 and the average annual homeowners insurance cost is $1,003. As you go about making your decision and consulting a financial expert, be sure to check out these must-do moves for choosing a wealth management firm to take a holistic glance at your entire financial picture.

Wyoming is the fifth-best state in the country for homeowners. It has a property tax rate of 0.61%, which leads to a median annual property tax bill of $1,301. Those are both the second-lowest rates for those metrics in the top 10, and also both top-15 rates in the study overall. Wyoming ranks 9th overall for low burglary rates, at approximately 275 per 100,000 residents. The real estate price per square foot is $174.

Colorado is tied for sixth place in this study. The state has the lowest average property tax rate in the top 10, at just 0.50%. That’s the third-lowest rate in the entire study. Median home value-to-median household income ratio in Colorado is 5.05, however, which is a bottom-four rate. Average annual property taxes are $1,736. That bears out in the price per square foot of real estate – $246, the highest in the top 10 and fourth-highest in the study overall.

Michigan is tied with Colorado, and if you’re wondering, “How much house can I afford?” you’re in luck: Michigan has a median-home-value-to-median-income ratio of just 2.84, which ranks in the top 10 for affordability in our study. On the downside, Michigan, has the second-lowest real estate price per square foot in the top 10 – $120 – and ranks 32nd for this metric overall. The property tax rate is 1.51%, which is the second-highest rate in the top 10. That leads to a high median annual property tax bill of $2,358. But average homeowners insurance costs are approximately $865 annually, a top-15 rate in the study overall.

Next is Minnesota, which has a real estate price of $183 per square foot and ranks 12th for this metric overall. Minnesota also boasts a median-home-value-to-median-income ratio of 3.28, which brings the state towards the middle of both the top 10 rankings as well as the middle of the entire study. The property tax rate is 1.09%, which creates a median annual property tax bill of $2,445. Minnesota homeowners have an average homeowners insurance payment of $1,219 each year. As you weigh these metrics, be sure to consider your decision with a fiduciary financial advisor.

Wisconsin is next, sporting the third-lowest closing costs and fourth-lowest average annual homeowners insurance in our study. The Badger State does have the third-least expensive real estate price in the top 10 – at $136 per square foot. The property tax rate is the highest in the top 10, though, and the fifth-highest rate in the entire study – 1.82%. This leads to relatively high median annual property taxes of $3,257. The burglary rate in Wisconsin is approximately 300 burglaries per 100,000 residents, which helps the state rank 11th for this metric overall.

Indiana is the final state in the top 10 of this study. The Hoosier State has the third-most affordable median-home-value-to-median-income ratio in our study at 2.60. It actually has the most affordable real estate in the top 10 and the seventh-lowest price in the study overall, at just $95 per square foot. The property tax rate is also fairly low at 0.84%, which helps Indiana rank eighth overall for this metric. The average closing cost in the state is $2,045 and the average annual homeowners insurance cost there is $944. 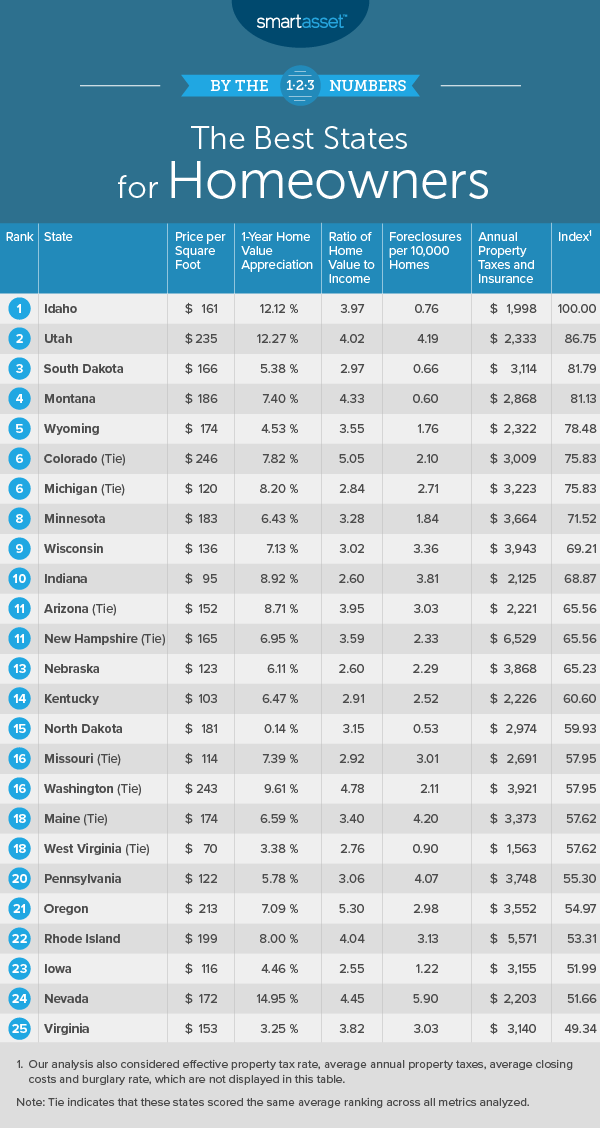 To find the best states for homeowners, SmartAsset analyzed data for every state except Vermont, for which data was unavailable. We considered the following metrics:

Tips for Getting The Most From Your Money