How Economic Downturns Have Affected the Gender Unemployment Gap in the U.S. – 2020 Study 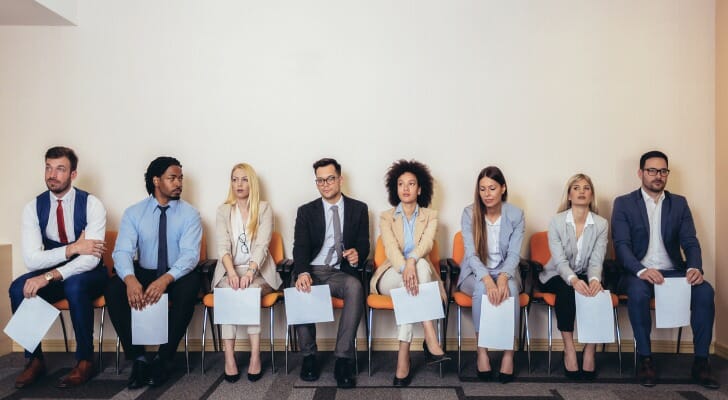 In this study, SmartAsset took a closer look at the gender unemployment gap during recent recessions and in 2020. Specifically, we considered male and female unemployment rates during the early 1990s recession, the early 2000s recession, the Great Recession and the coronavirus pandemic. We also explored what drives varying unemployment rates between men and women. For details on our data sources and how we put it all together to create our findings, check out the Data and Methodology section below.

Believed to be precipitated by restrictive monetary policy, the early 1990s recession lasted from July 1990 to March 1991. Though the recession technically ended in 1991, the national unemployment rate peaked in June of the following year, at 7.8%. In fact, unemployment remained elevated through the end of 1994, only falling back to its pre-recession level – 5.5% – in December of that year. 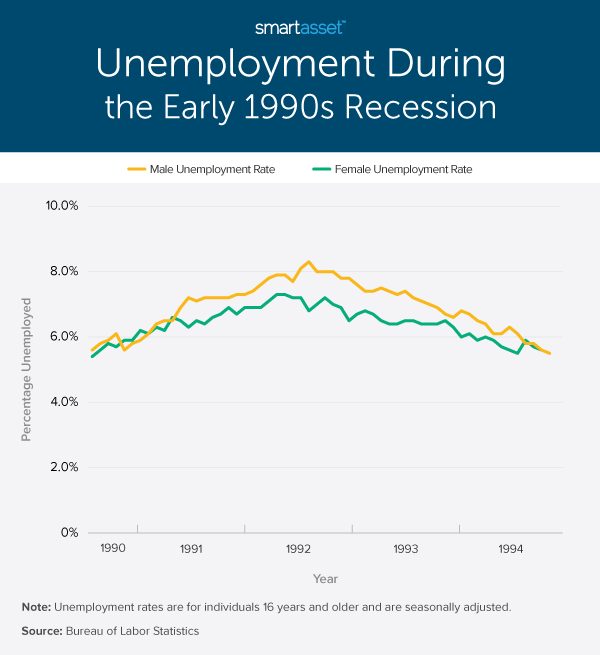 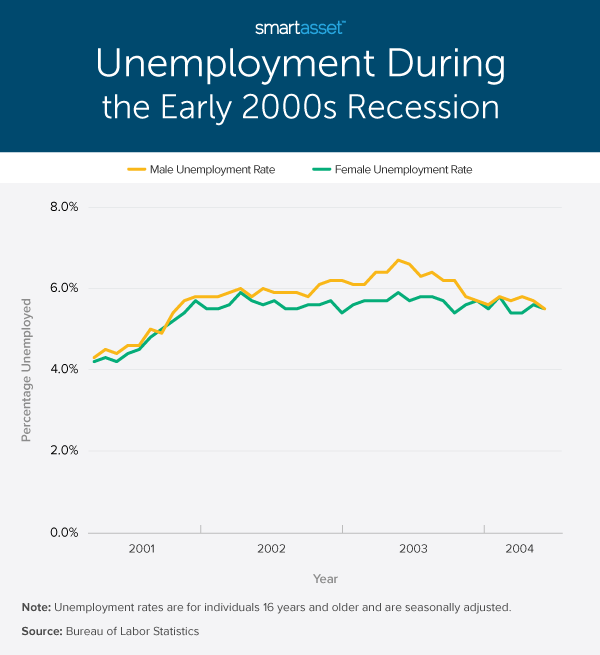 The Great Recession and the Coronavirus Crisis in 2020 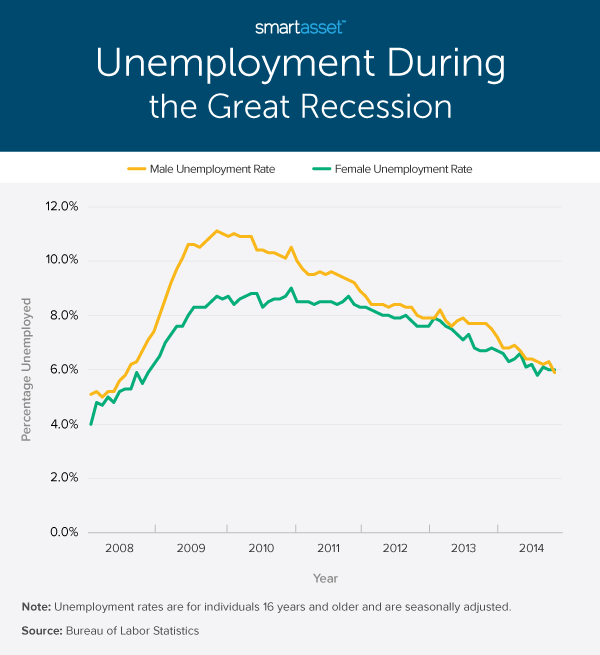 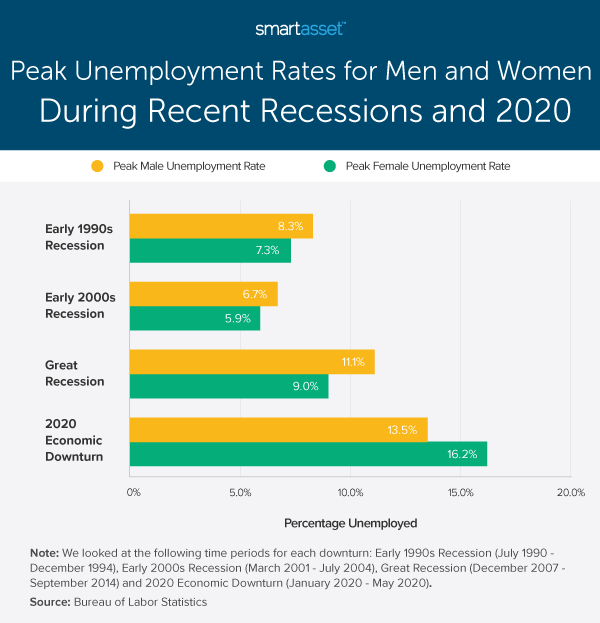 What Drives Varying Unemployment Rates Between Men and Women?

Albanesi and Sahin’s theory likely holds some weight when applied to 2020. The higher increase in female unemployment rate in recent months may also be attributed to higher numbers of female workers working in the most affected industries such as accommodation & food services and healthcare & social assistance. At the end of 2019, 52.8% of accommodation & food services workers and 78.1% of healthcare & social assistance workers were women.

Job losses for women during the coronavirus pandemic may extend beyond differences in industry distribution by gender. A May 2020 paper from the National Women’s Law Center found that women were disproportionately affected even when considering the fact that they comprise higher percentages of workforces in industries negatively affected by COVID-19. Within the broader sector of leisure & hospitality, women accounted for 54% of job loss in April 2020, despite making up only 52% of the workforce. Similarly, in the education & health services sector, women accounted for 83% of job losses, 6% higher than their workforce distribution.

Data for this study primarily comes from the Bureau of Labor Statistics’ (BLS) Labor Force Statistics from the Current Population Survey. Unemployment rates are for the population 16 years and older, and all figures are seasonally adjusted. In the last section of our study, “What Drivers Varying Unemployment Rates Between Men and Women?,” we discuss “The gender unemployment gap,” published by Stefania Albanesi and Aysegul Sahin in January 2018, along with a May 2020 paper from the National Women’s Law Center entitled, “After a Full Month of Business Closures, Women Were Hit Hardest By April’s Job Losses.”