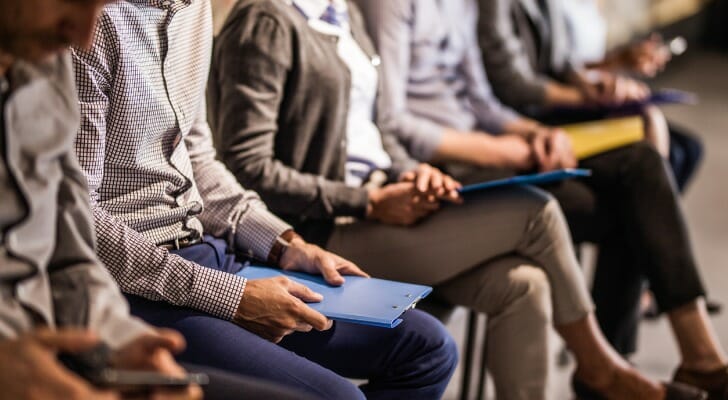 Last Thursday, the Department of Labor reported that 3.28 million people filed for unemployment insurance for the week ending March 21, 2020. This was the highest historical number of new claims in a week, almost five times the previous record high. Long-term unemployment, especially during a crisis like the coronavirus pandemic, will make it difficult for many Americans to save money adequately.

Though the number of jobless claims increased in every state, some states saw bigger increases than others. In this study, we looked at which states saw the biggest spikes in unemployment claims by comparing the average number of initial claims per week in January and February 2020 to the advance number of initial claims for the week ending March 21, 2020. For details on our data sources and how we put all the information together to create our final rankings, check out the Data and Methodology section below. 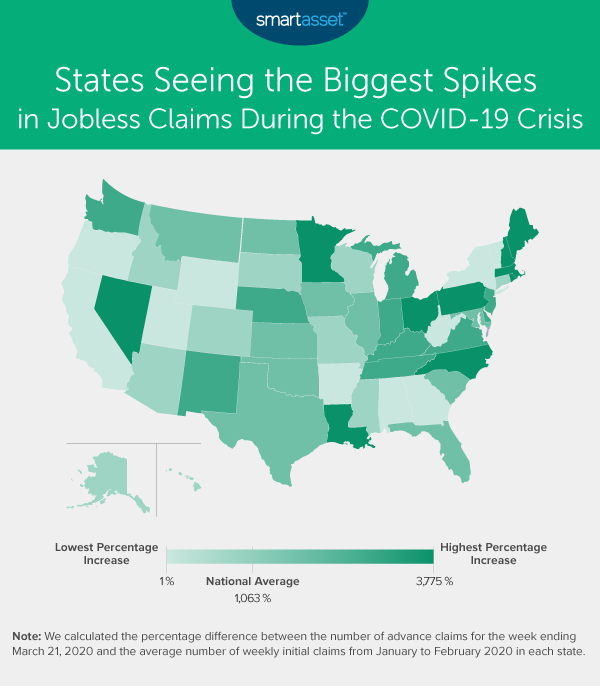 Tips for Making It Through a Recession