What Can Happen if You Don’t File Your Taxes? 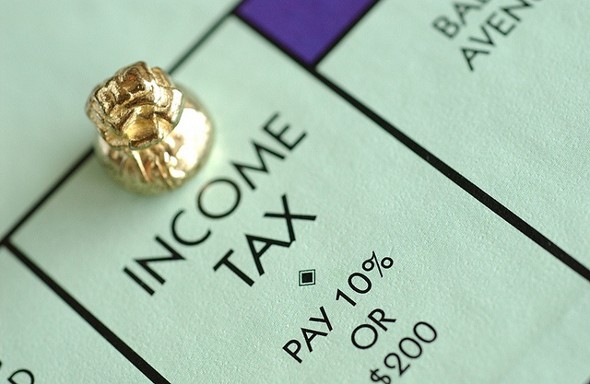 If you’re expecting to get a big refund, tax season is probably something you look forward to each year. On the other hand, if you always end up owing Uncle Sam, then the April deadline may be a date you dread. Waiting until the last minute to file only adds to your stress, though, especially if you’ve got a balance due. But not filing at all can be even more problematic. There are both immediate and long-term consequences for failing to file, so if there’s a chance you won’t get your return in on time, here’s what you can expect.

Penalties and Interest Start Piling Up

Beginning the day after the April tax deadline, penalties and interest begin to accrue for taxpayers who haven’t filed their returns or paid their tax bill. The failure-to-file penalty is currently set at 5% of the amount of tax you owe for every month or partial month the IRS hasn’t received your return. The penalty maxes out at 25% of your taxes due. If you eventually file but it’s more than 60 days after the April deadline, the minimum penalty is $135 or 100% of the outstanding tax, whichever is smaller.

There’s also a separate failure-to-pay penalty of 0.5% of the tax owed. This penalty also accrues on a monthly basis and is capped at 25%. Filing an extension before the April deadline will give you an additional six months to get your return in, but you still have to pay your bill by the new date to avoid the late payment penalty. If you miss the October filing date, then the failure-to-file penalty will kick in.

In addition to the penalties, you’ll also get stuck paying interest on your tax debt. Through the first quarter of 2016, the rate is set at 3% and it compounds daily. The longer you wait to file or pay, the more money you’re going to end up shelling out to get square with the IRS.

A Substitute Return May Be Filed

If you put off your filing long enough, the IRS could decide to take matters into their own hands and prepare a substitute return. The tax agency uses only the information it has on hand to complete the return, which means that if you normally claim a substantial amount of deductions or you have additional exemptions to include, they won’t factor into the calculations. That’s a problem since it could result in a much higher tax liability than you’re actually responsible for.

Your Refund Could Be Forfeited

While you won’t have to worry about any penalties for not filing if you’ve got money coming back to you, that’s still no reason to delay, as the IRS only allows you three years to collect on a refund. If you don’t file within that time frame, you’re out of luck.

Although it typically takes some time for the IRS to catch up to late taxpayers, rest assured that once it does, you’re going to have to pay the piper one way or the other. If you ignore those letters notifying you that you owe back taxes, you open the door to more aggressive collection actions.

That includes things like a seizure of your bank account, wage garnishments or even having a lien placed against your property. A lien can be particularly devastating since it shows up on your credit, which can make getting approved for new loans a lot tougher or cause your existing creditors to jack up your interest rates. The only way to get rid of the lien is to pay what you owe in full.

What to Do if You Miss the Deadline

Your best course of action when you’re late filing your taxes is to get your return in ASAP. The sooner you file, the less you’ll have to pay for penalties and interest. If you’re looking at a pretty large tax bill and you can’t afford to pay all at once, you’ll need to see if you qualify for a monthly payment plan.

Installment agreements are generally available to taxpayers who owe less than $50,000. You’ll have to agree to have your payments automatically withdrawn from your bank account, and all your future refunds will be applied to the outstanding balance. While it’s not ideal, it’s undoubtedly a better alternative than having to explain a wage garnishment to your employer.