States With the Smartest Taxpayers 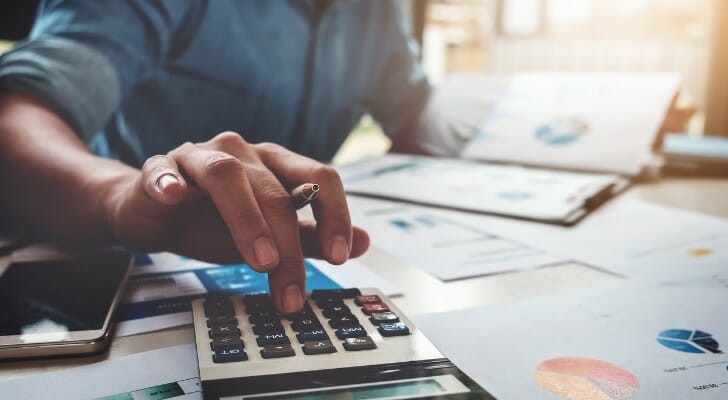 A large majority (75%) of taxpayers overpay on taxes and receive a tax refund, according to IRS data. A smaller proportion (19%) see the opposite: They will have overestimated their withholdings and learn they still owe the IRS some money. Apart from overpaying and underpaying, there is another small, exclusive group of savvy Americans who manage the Goldilocks fantasy: withholding just the right amount so, come tax time, the tax balance between them and the IRS reads an even zero. 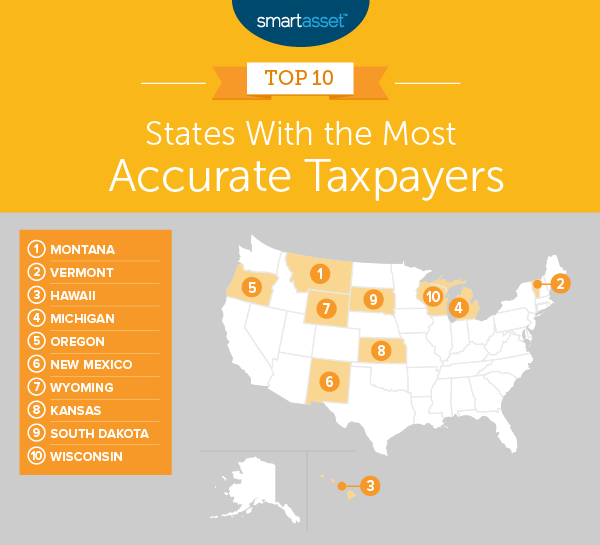 Montana has the most efficient taxpayers in the country, according to IRS data. Of the 500,680 tax returns Montanans filed in tax year 2016, nearly 8% paid the exact right amount of taxes. That means come tax time they did not have to worry about receiving their refund or coming up with some cash to pay taxes they owed.

In Vermont, roughly 7.5% of tax returns paid the correct amount of tax in tax year 2016. In every state, the number of residents receiving a refund far outnumbers those who underpay on their taxes and find out they owe money. Roughly 74% of Vermont residents received a tax refund in tax year 2016, while 18% had to pay extra taxes.

More than 76.4% of Michigan tax returns indicate taxpayers overpaid on taxes in tax year 2016 and, as a result, got a refund. That may sound like good news, but it isn’t really. A tax refund is your money the government borrowed, interest-free. Roughly 17% of Michigan taxpayers underpaid on their taxes in tax year 2016, meaning they took an interest-free loan from the government that they had to pay back. That left 6.8% of Michiganders who paid their taxes just right.

More than 76% of New Mexico taxpayers overpay on their taxes and receive a tax refund. The average taxpayer receiving a tax refund in New Mexico gets a check of $2,836 in tax year 2016. That was below average compared to most states but still a good chunk of change. Once again though, it’s important not to think about the tax refund as a gift. A tax refund was always your money, but you are simply receiving it in a lump sum. About 6.26% of New Mexico taxpayers were extra intelligent and got it just right in tax year 2016, neither overpaying nor underpaying.

Exactly 6.2% of Wyoming taxpayers paid their taxes correctly on the first attempt in tax year 2016. The Equality State collects no individual state income tax, which makes paying taxes there a bit simpler. Of the 93.8% of taxpayers here who still had some work to do after paying their taxes in tax year 2016, the vast majority received a tax refund.

Slight fewer than 6.1% of Kansas taxpayers got it exactly right at tax time in tax year 2016. Of the 1.3 million taxpayers in Kansas in tax year 2016, 252,620 ended up owing money to the IRS after paying their taxes. Just under 1 million, on the other hand, found they paid too much tax and received a tax refund.

South Dakota has no additional income tax. That makes paying taxes here about as straightforward as it can get. Still, only 6.02% of taxpayers paid the exact right amount of tax here in tax year 2016, the ninth-highest rate in the study. Like in most states, roughly 3.5 times as many taxpayers received a tax refund as underpaid their taxes.

Slightly more than 6% of taxpayers here paid the exact right amount on their taxes in tax year 2016. In fact, 75% of Wisconsin taxpayers overpaid in tax year 2016, while 18.8% underpaid. In theory, it is better to be in the group underpaying on your taxes, but in practice, finding out you are owed money rather than that you owe money may bring you more satisfaction.

In order to rank the states with the best taxpayers, we looked at data for all 50 states and Washington, D.C. We then compared the states across two metrics:

Tips for Using Your Tax Refund