States Most Dependent on the Federal Government 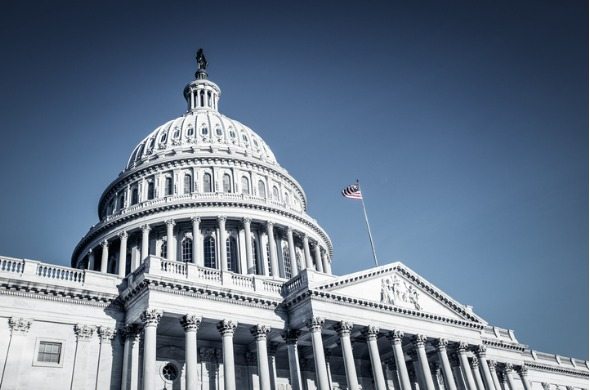 Many taxpayers fret over where their hard-earned money goes once they’ve paid their share of taxes. This is true for residents of all states. But some states get a better deal when it comes to income taxes paid and benefits received. These states, and their economies, rely on the federal government for support to a greater extent than other states. Below we rank the states most dependent on the federal government. 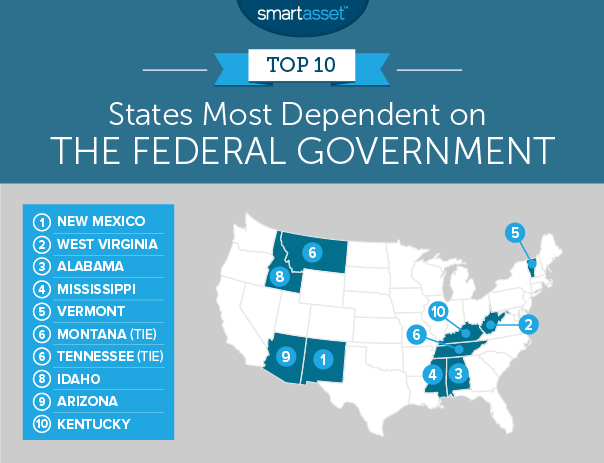 Just under 6% of the New Mexico workforce works for the federal government. A large number of these workers are in the military. The National Park Service, United States Forest Service and the United States Bureau of Land Management are also prominent employers.

Compared to the average job, working for the federal government is a good gig. The average federal worker in New Mexico earns over twice as much as the average private sector worker. This state also has the second-highest ratio of federal funding to income taxes paid in our study.

These workers also tend to be some of the best paid. The typical federal government employee makes almost 2.2 times as much as the median private sector worker in Alabama.

Vermont ranks high in terms of federal funding compared to income taxes paid. For every dollar Vermont sends to the federal government the state gets back $1.14. In that metric, the Green Mountain State ranks sixth.

The state also has top 10 scores in percent of state revenue provided by the federal government and federal funding compare to income taxes paid.

However Tennessee only ranks 27th for income taxes paid relative to federal funding to the state government. That’s also the lowest rank in the top 10.

In total there are about 21,300 federal government employees in Idaho, or 2.8% of the overall workforce.

In order to find the states most dependent on the federal government, we looked at data for all 50 states. Specifically, we looked at the following four factors:

Many people fret about filing their taxes. Often, they put it off to the last minute. Don’t do that. By waiting you delay getting your tax refund, which is money you could potentially invest. Another problem with waiting until the last minute is that you increase your chances of making a mistake on your forms.

If you are up against the deadline, it probably makes sense to take the safe route and file for an extension. If your return is not ready for the April 15 deadline, you can e-file your six-month extension using the IRS’ Free File program.

Your tax situation might not be that complicated. In that case you may not need to hire an accountant to help you file your taxes. In fact most Americans use online tax-filing software. We reviewed the best free tax software here.