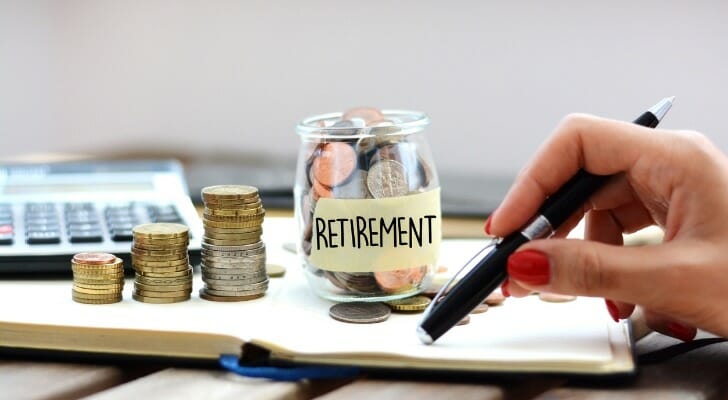 The Washington Retirement System, managed by the Department of Retirement Systems (DRS), is a somewhat sprawling collection of retirement plans. While all systems are primarily defined benefit plans, many plans introduced a defined contribution portion for members hired more recently in order to supplement what the employers and pension fund will have to pay out.

Do you have questions about building a retirement plan? Speak with a financial advisor today.

Types of Retirement Systems in Washington

The state of Washington has a fairly complicated set of retirement systems. There are seven broad categories for employees and several subcategories within those seven. For most systems, your monthly benefit in retirement will be a function of your years of service and your average final compensation (AFC). Your AFC will likely be the average of your 24 consecutive highest paid months on the job. 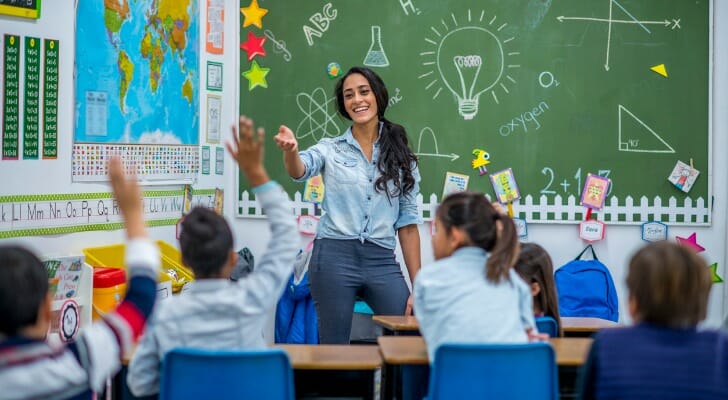 This is the largest system within the Washington DRS. Members of PERS are eligible for a full retirement benefit once they turn 60 and have at least five years of creditable service. There are also some early retirement options if you have enough years of service. Your monthly benefit payment amount will be dependent your years of service and AFC. If you were hired on or after March 1, 2002, you will also have a defined contribution portion to your account.

Washington’s TRS comes with several survivor options as well as potential health coverage and death and disability insurance. You’re eligible for a full retirement benefit once you turn 65 and have at least five years of service under your belt. If you have 25 years of service and you’re at least 55, you’re eligible for early retirement, although you’ll have slightly reduced benefits. Plan 3 members will have a defined contribution portion as well as a defined benefit portion.

This system is for those full-time employees who either enforce the law or fight fires. Your monthly benefit payment in retirement will depend on your specific plan, your years of service and your AFC. You’ll become eligible to start receiving benefits at age 50 or 53, depending on your plan and years of service.

This system allows for judges to retire either at age 60 or with 15 years of service. If you meet certain requirements, you’ll have disability and survivor benefits as well. Like the other systems, your monthly benefit will depend on your years of service and your AFC.

You can outrun federal income tax with many retirement plans, but it will always catch up eventually. Pension plans are no exception. When you make contributions to your pension fund, you’ll be doing so with pre-tax dollars. This will allow you to contribute more, which means more interest. However, your funds will be taxed once you begin to receive payments in retirement. You may wish to keep the tax man at bay even longer, though. If so, you can roll your pension over into an alternative retirement account like a 401(k) plan. If you do that, you’ll just pay the taxes once you begin to make withdrawals from that account.

If you’d rather pay your taxes as an employee instead of as a retiree, you have two options. You can have the taxes withheld from your paycheck or you can make estimated tax payments. Estimated tax payments are payments you make quarterly that you calculate to be roughly what you would owe in taxes. While this route requires some math on your part, the withholding option involves little to no work for you. You may also get a refund or a charge after tax season if the IRS withheld too much or too little.

Washington has no state income tax, so you won’t have to factor that into your calculations whatsoever. 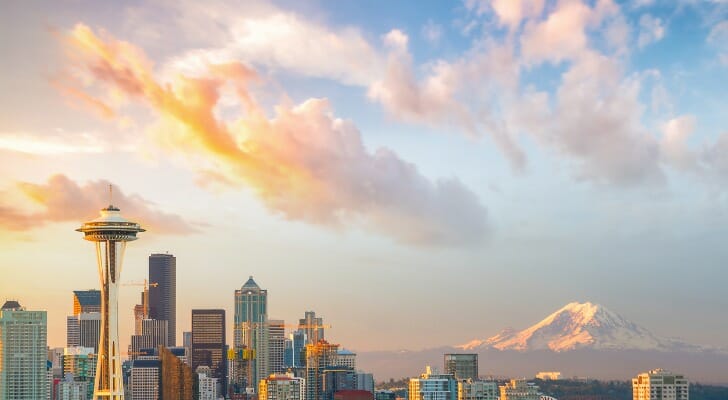 Overall, the Washington Retirement System is in good shape. As of 2016, it had an 84% funded ratio (total assets divided by accrued liabilities). That was good for ninth in the country. The Washington State Investment Board (WSIB) manages the retirement fund, investing mostly in public equity, private equity and fixed-income assets, as of June 30, 2017. Another good sign for the state? It currently has more active employees contributing to the fund than it does retired or inactive employees receiving benefits.

As of 2022, though, the financial health of the system has declined, which should come as no surprise considering the state of the economy. During the year, the state fund lost $2,752.9 million.