The Fastest-Growing Job in Each State – 2018 Edition 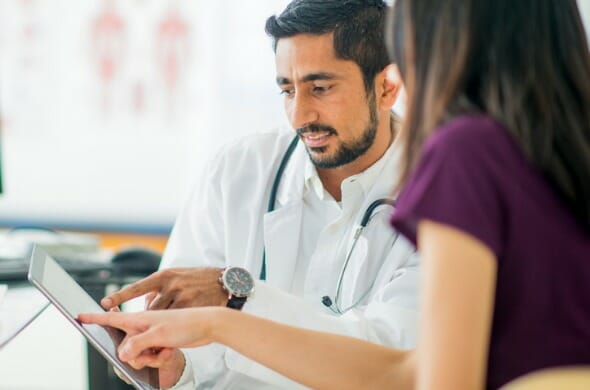 In March 2018, the unemployment rate was a low 4.1%, with about 6.6 million Americans unemployed. This is good news for job seekers, as it’s the lowest U.S. unemployment has been since 2000. Different types of jobs are available in different parts of the country, and it can be immensely valuable for workers today to get ahead of tomorrow’s employment trends. It can mean the difference between a secure retirement and a working retirement.

In order to take a look at this issue we looked at employment trends to find the fastest-growing job in every state. We looked at the 5-year percent change in people employed in every occupation that the Bureau of Labor Statistics tracks from 2013 – 2017. Check out our data and methodology below to see where we got our data and how we created our final rankings.

This is the 2018 version of this study. Check out last year’s version here. 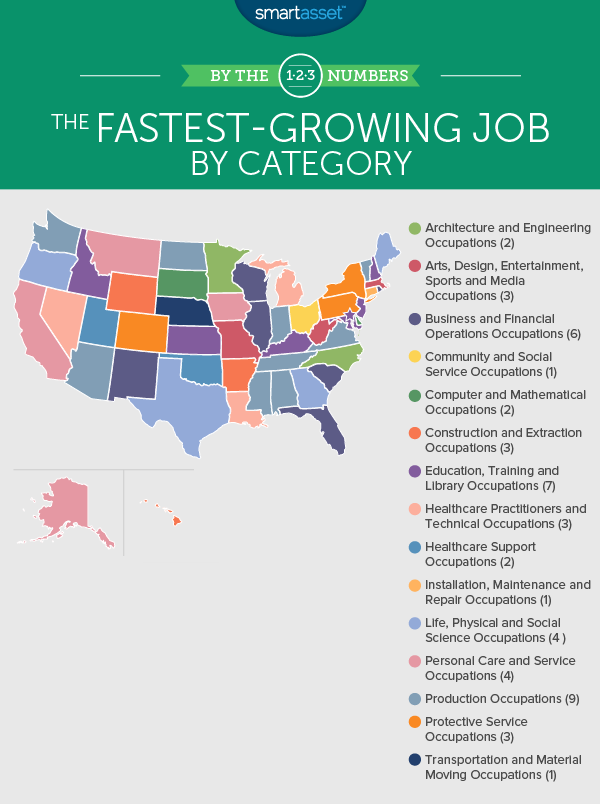 The fastest-growing occupations in nine states – Arizona, Mississippi, North Dakota, Alabama, Tennessee, Indiana, Virginia, Washington and Vermont – were production occupations. The most impressive growth and occupation combination was Arizona and metal and plastic machine tool setters. In 2013, the Bureau of Labor Statistics estimates there were only 210 people working in this occupation in Arizona. By 2017, there were 1,560. That’s a percent increase of 642%.

In general these occupations tend to not to pay particularly well. In Mississippi, food batchmakers was the fastest-growing occupation, with 5-year percent growth of 368%. The average worker in this profession in the Magnolia State makes only $26,100 per year. Cooling and freezing equipment operators in Virginia earned an average of $29,700 per year. The highest paying occupation in this group is metal and plastic forging machine setters in Tennessee. The average worker in that occupation earns $51,170, a 64% increase from 2013. In fact metal and plastic forging machine setters earn $8,000 more per year, on average, in Tennessee than they do in Alabama, where it was also the fastest-growing occupation.

In total the average production occupations which were the fastest-growing occupations in a state saw occupation growth of 313% and income growth of 16.8%.

The fastest-growing occupation in this group was post-secondary agricultural sciences teachers in Idaho. In 2013 there were an estimated 50 people working in this occupation in Idaho and by 2017 there were 250. That is an impressive growth of 400%.

Overall in states where teaching occupations were the fastest-growing occupation, they grew by 300% on average.

Despite their relation to finance, occupations in this category are a mixed bag when it comes to pay. Credit counselors in New Mexico and Illinois earn $37,400 and $46,700, on average, respectively. Comparatively across the three states where financial examiner is the fastest-growing occupation, the average worker earns over $75,000 per year. Credit analysts in Rhode Island also do fairly well, they earn over $72,200 on average.

However, the long-term pay trends for these occupations are on the decline. All but one of the state-occupation combinations in this category saw average earnings drop from 2013 – 2017.

In Alaska, the fastest-growing occupation was residential advisor while in Iowa, it was concierge and it was recreation worker in Montana.

Neither of these jobs are particularly prevalent in either state. In total there are 650 systems software developers in South Dakota, an increase of 195% from 2013 and 960 operations research analysts in Delaware, an increase of 134% from 2013. However, STEM jobs are still growing fairly rapidly, a good sign for the overall economy. In Nebraska, operations research analyst is the second-fastest-growing occupation and in Illinois, statistician is the second-fastest-growing occupation.

All data including earnings data comes from the Bureau of Labor Statistics.