The Fastest-Growing Job in Each State 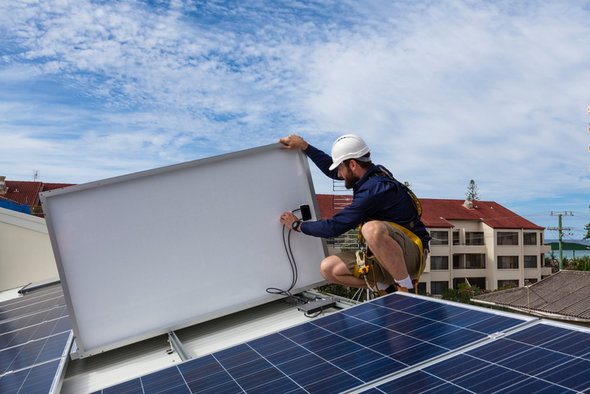 The U.S. unemployment rate was 4.5% as of March 2017, according to data from the Bureau of Labor Statistics. But in many states the jobs that are currently available and growing are not necessarily the ones that have traditionally been available. With the economy doing relatively well, SmartAsset took a look at the fastest-growing jobs in different parts of the country. 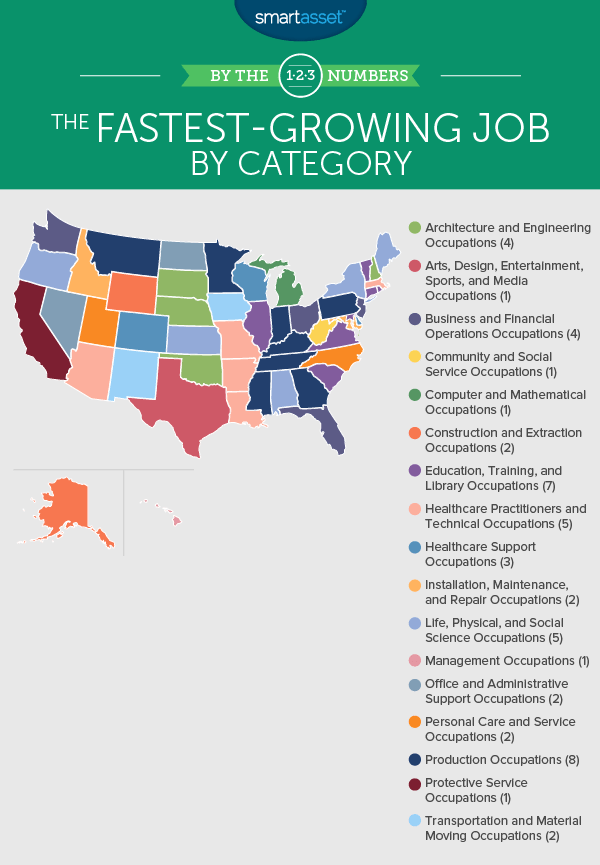 Other parts of the country also saw growth in certain manufacturing fields. For example, sawing machine operator was the fastest-growing job in Pennsylvania, while in Montana it was coating, painting and spraying machine setters, operators and tenders. The only two fastest growing production occupations and state pairings which did not involve work with heavy machinery were hand sewers in Minnesota and medical appliance technicians in Indiana.

STEM jobs tend to be some of the most desired as they frequently offer high pay and have good growth prospects. On the national level, mathematics- and computer-related occupations (which is how the BLS officially categorizes STEM jobs) was the second-fastest-growing field.

However only one state – Michigan – saw its fastest-growing job appear in that field. In Michigan the number of computer and information research scientists grew 200% from 2012 to 2016. The occupation commands over six figures on average.

Other fast-growing STEM occupations include statisticians in Nevada (150% growth), actuaries in Oklahoma (133% growth) and application software developers in Georgia (86% growth).

Other teaching occupations which grew rapidly include substitute teachers in Rhode Island, library technicians in Vermont and preschool special education teachers in Connecticut. Not only is Connecticut a good state for preschool teachers, the Bridgeport-Stamford-Norwalk metro area is one of the best for teachers of all kinds.

Like teachers, medical professionals will likely always be in demand. There are eight states where the fastest-growing job is related to health care. Two states, Colorado and Wisconsin, saw massive increases in their number of psychiatric aides. Wisconsin, in particular, saw an enormous increase. In that state, the number of psychiatric aides grew by over 500% from 2012 to 2016.

Perhaps the most interesting example of growth in the health care field is the 300% growth in family and general practitioners in Massachusetts. This is a well-paid job, paying over $200,000 per year on average. Massachusetts, and especially Boston, is world-renowned for having great hospitals and medical schools, but a 300% increase in the number of general practitioners is unusual.

Texas is not unique in embracing creative jobs. Commercial and industrial designing occupations in Alabama are up 214% and multimedia artists and animators saw an increase of 260% in their numbers in South Carolina. In Massachusetts and Florida, fashion designing jobs increased by over 100%.

For any true crime fans who want a career solving crimes, Kansas may be a good state to check out. Forensic science technician was the fastest-growing job here, with an increase in number from around 60 in 2012 to 350 in 2016.

Finally, when you think of jobs in New York state, you may picture investment bankers or taxi drivers in New York City and perhaps farmers in upstate New York. Turns out the fastest-growing job in the state is actually sociologists. Overall the sociology profession in New York grew 450% from 2012 to 2016. Interestingly the average income for a sociologist dropped by $23,000 from $96,330 in 2012 to $73,030 in 2016.

All average salary data is from the Bureau Labor Statistics and is for 2016.