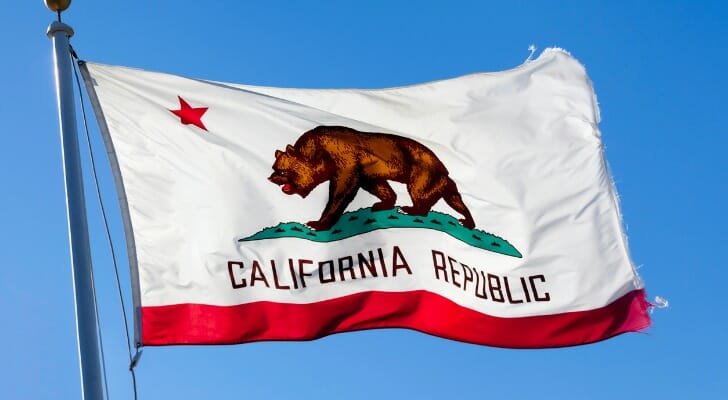 When love does not end up being until death do you part, you’ll have a maze of legal and financial challenges to work through as part of your divorce. If you live in California, you’ll need to know about the specifics of how divorce works in the Golden State. This guide will take you through the steps and specifics of divorce in California so you can keep your finances intact even though your marriage is ending. If you’re going through a divorce, you might want to find a financial advisor to walk you through the financial end of the process.

How to File for Divorce in California

Grounds for Divorce in California

All divorces in California are no-fault. Thus, the party who asks for the divorce does not have to give a reason or prove that he or she was wronged by the other spouse. Judges don’t consider fault when dividing property or determining support, either. Even if one partner committed adultery or harmed the other spouse in some way, the judge won’t consider that during divorce rulings.

You have to follow certain steps to get divorced in California. Note that there is a mandatory six-month waiting period after the divorce is filed before it is finalized, so don’t expect to take care of this right away.

To start the process for a divorce, one of the two spouses must file in superior court in the county where he or she meets the residency requirements. The petitioner is the spouse who files for divorce. The petitioner must serve the other spouse, known as the respondent, with copies of the petition to divorce as well as any other relevant paperwork.

From there, the divorce could go a number of ways. The simplest route is one in which both parties represent themselves and come up with a plan for the division of property and childcare without involving lawyers. If that is not possible, you can undergo a mediation. A mediator does not have the force of law to make couples agree to terms, but a mediator can help a couple work through difficult issues. The most time-consuming and expensive option is a divorce trial. This will require each party to have a lawyer. It will involve discovery from both sides, and a judge will reach the final decision on the terms of the divorce.

If these criteria are met, the couple must then draw up and sign an agreement dividing property and debts.

How to Split Up Assets During a Divorce in California

How to Divide Property in California After Divorce 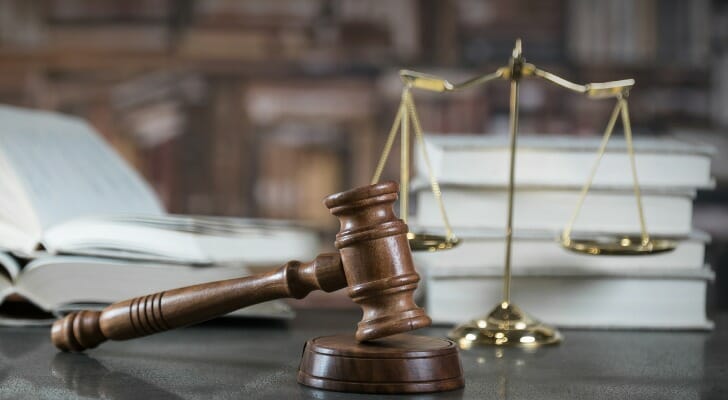 Once both spouses agree on what is community property and what is separate property, they’ll need to decide how to divide their community property. The spouses can make this decision among themselves if they are able to, or a mediator can help. If the couple can’t come to an agreement with the mediator’s help, then a judge will make the decisions. Both parties must abide by the judge’s decisions.

It will be necessary to assign a monetary value to property for the purpose of dividing it between the spouses. An appraisal may be necessary, especially for real estate or items like art or antiques. An accountant or financial expert will typically assess the worth of retirement assets like a 401(k) account or an annuity.

There are three basic options for dividing property:

The couple can also choose to retain joint property after the divorce. This is sometimes a solution when both spouses want their children to stay in the family home.

How to Manage Child Support and Alimony Under California Divorce Laws

The court will consider a number of factors when determining how much child support one spouse must pay. These include:

A judge can order child support to cover a number of expenses. This can include basic needs like food, clothing and shelter, as well as other costs like health insurance, child care, travel costs for visitation and the cost of extracurricular activities.

The court can also rule that one spouse has to pay spousal support or alimony to the other. Spousal support in California can be permanent or temporary. Factors considered include:

Be sure to take both alimony and child support into account when filing taxes after divorce.

401(k) and IRA and Divorce in California

Thus, couples must only divide plan assets accrued during the marriage. Any contributions and interest that is separate property will go in full to the spouse who earned it before the couple wed.

After the trial, you must file a Qualified Domestic Relations Order with your plan administrator. This is a form explaining how you’re dividing your retirement plan.

Divorce and Estate Planning in California 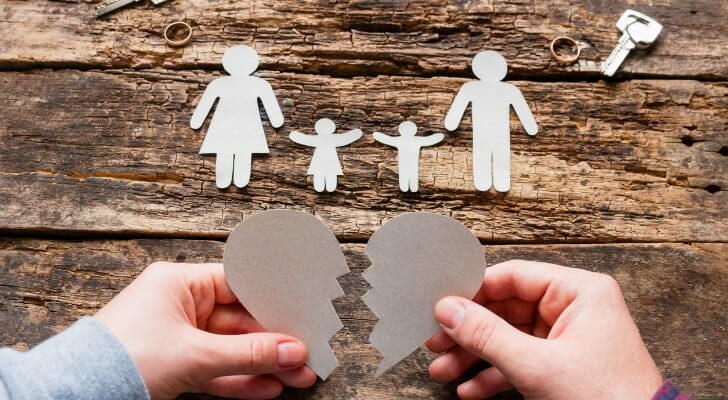 Hopefully your plan won’t take effect for a long time, but estate planning is important even if you’re relatively young. Divorce can make estate planning more complicated, but it also makes it more critical.

Let’s say you have a will naming your spouse as your heir. Your instructions will remain valid until your divorce. Thus, if you don’t want your soon-to-be ex-spouse to inherit your estate, update your estate plan as quickly as possible. The law will pass over your ex-spouse after the divorce — even if he or she is listed as your primary beneficiary.

You’ll also want to take the time to revisit arrangements for your children if both you and your former spouse were to pass away. Though you and your spouse may have previously agreed on a plan, that may change over the course of a divorce.

California divorces take at least six months. California is a no-fault state, which means judges don’t consider the actions of either party when settling disputes. It is also a community property state. The court considers all assets earned during the marriage as the property of both spouses for the purpose of the divorce.