The Average Salary in San Francisco 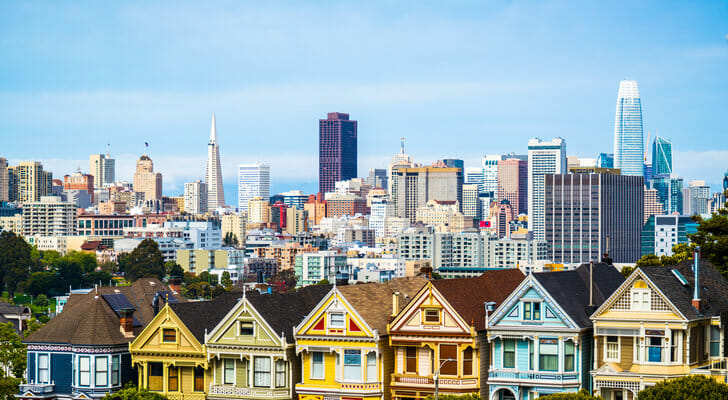 Life is expensive in San Francisco. Arguably the current hub of innovation in America, some of the richest companies in the world call San Francisco home. These companies have brought high-paid engineers and wealthy executives to the area, driving up the cost of living in the City by the Bay. Although San Francisco’s median income is above the national average, it doesn’t necessarily make up for the higher cost of living there.

Do you have questions about how to manage your income for the future? Speak with a financial advisor today.

What Is the Average Salary in San Francisco?

The median income in San Francisco is $119,136 for households and $96,421 for individuals, according to data from the U.S. Census Bureau’s 2020 American Community Survey 5-Year Estimates. These figures represent the gross income, before taxes and other deductions.

Median income measures the income in the middle of the pack. In other words, half of all earners make above the median income and half of all earners make below it. When the Census measures household income, it includes everyone who lives in a single housing unit, which can range from a frat house to family home. Economists measure income like this, in part, because households share living expenses.

Another way to break it down is by looking at mean income, which includes everyone age 16 and older with earnings. In San Francisco, the mean income for households is $167,663. Mean income is useful because it incorporates all data. In a population of 99 baristas and one billionaire, the mean would let us know about that outsized income. On the flip side, it would make everyone look wealthier than they actually are because it does not correct for extreme data like median income does.

How Does the Average Salary in San Francisco Compare? 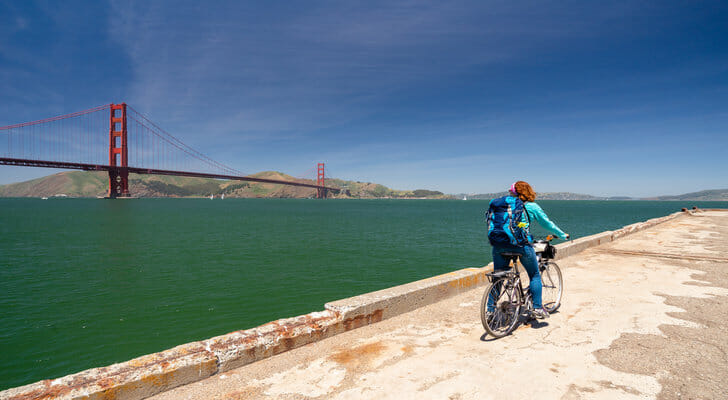 The national median household income in 2020 was $64,994. This is well below San Francisco’s median household income of $119,136. Because the average salary in San Francisco is much higher than the national average, it may seem like the Golden City is an especially lucrative locale. However, you need to keep in mind the much higher cost of living there.

Housing costs in particular are especially high. In SmartAsset’s 2017 study on income needed to pay rent in America’s largest city, San Francisco ranked as the city that required the highest income to cover the cost of rent. The average monthly rent for a two-bedroom apartment is nearly $4,400. In order to pay $52,600 in rent per year, we estimate that you’d need to earn an annual salary of nearly $188,000. For comparison, that’s more than $25,000 more than you’d need to earn to rent a two-bedroom in New York City, another notoriously expensive city. To pay rent for a typical two-bedroom in Memphis, Tennessee, for example, you’d need to make just under $33,000.

The costs of food, healthcare and transportation are also higher, further ballooning the true cost of living in San Francisco.

What to Know About Salaries in San Francisco 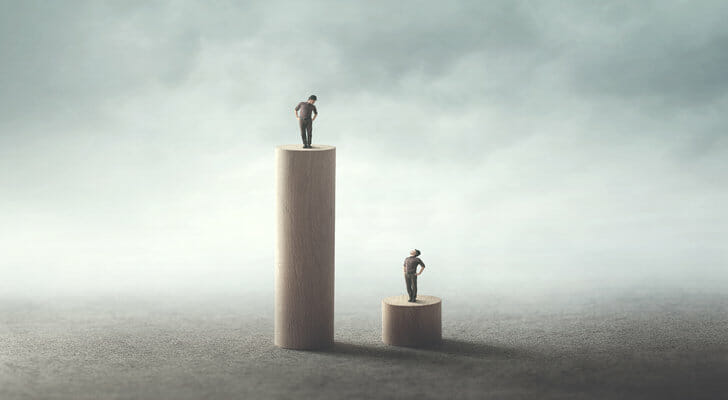 What are some takeaways from San Francisco’s earnings data? The first is that inequality is a big problem in the Golden City. One of the issues with mean income is that it can skew towards extremes, particularly on the high end. A small number of people who make a positively enormous amount of money can make an area look wealthier than it actually is. This is most certainly the case in San Francisco. The gap between median individual income and mean individual income (basically, how much wealth skews the statistics upward) is almost twice as large in the Bay Area as in the rest of the country.

High-end incomes are leaving everyone else in the dust, which is driving the fact that you’re essentially poor if you’re not rich in San Francisco. Families earnings less than about $117,000 in San Francisco are officially considered low income by the U.S. government. This is a result of the positively astronomical cost of living. Housing and food costs residents so much that a household of four meets the standards for “very low income” at $73,300 and an individual begins qualifying for public assistance if he or she makes less than $82,200.

The average base pay for a teacher in San Francisco was $58,585 per year. This is less than three-quarters of what the government already considers a near-poverty level pay scale. Firefighters make even less, at $52,886 per year. While these are respectable incomes – above the national median in fact – they aren’t livable salaries in a city where studio apartments cost $2,500 a month.

Many major cities around the U.S. feature major, high-quality job markets. San Francisco is no exception, especially for those in the tech industry. However, with this considerable money-making potential comes very high costs. Again, that’s the kind of trade-off you’ll find in many other major cities, like New York or Los Angeles.

Tips for Maximizing Your Income