Cities Where Women Are the Most Successful 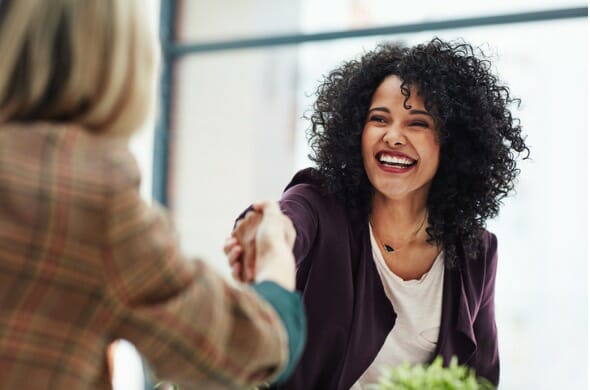 In 1948, only 32% of women were in the official labor force, according to the Federal Reserve Bank of St. Louis. As of February 2018, that number had almost doubled to 57%. Today in some American cities, women are earning large salaries, running their own businesses and handling their mortgages with ease. With this in mind, SmartAsset decided to find the U.S. cities where women are succeeding the most. 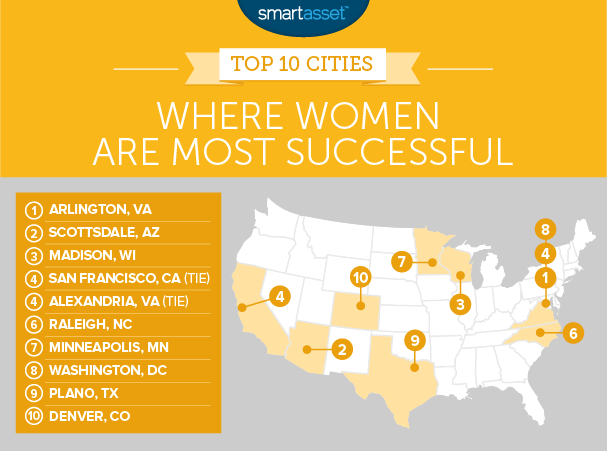 Arlington, Virginia takes the top spot. This city has the highest paid women in the study, according to Census Bureau data. The median full-time working woman in Arlington earns over $80,200 per year. In total nearly 57% of women here earn at least $75,000 per year. And Arlington women do more than earn large paychecks.

For one, they also make up 38.6% of people working in their own private businesses and just under 35% of women here have a bachelor’s degree. In fact, the only metric this city does not score in the top 10 for is housing cost as a percent of income. According to our data, if the average full-time working woman paid for the average home they would spend just around 30% of their income.

It may be no surprise that Madison, Wisconsin, one of the top college towns in the nation, is full of successful women who have obtained their bachelor’s degree. According to our data, just under a third of all women here hold bachelor’s degrees.

One metric that hurt Madison’s score is that working women here are slightly underpaid compared to women other cities in this top 10. Madison ranks 30th for median earnings for full-time working women and 29th for percent of women who earn at least $75,000 per year.

The cost of living in San Francisco hurts its overall score however. We estimate that the average full-time working woman here would be housing cost-burdened if she paid for the median home.

Another city just outside of Washington, D.C. takes fourth. Like in Arlington, women in Alexandria are well paid. Our data shows the average full-time Alexandria working woman earns $67,000 per year. That is the fifth-highest amount in our study.

The city also scores well in the higher education metric, with just under 30% of women having a bachelor’s degree.

Where Raleigh gains ground on other cities is in local cost of living. Average housing costs here account for only 28% of the median full-time working woman’s income, a top 20 score.

The western portion of the Twin Cities takes seventh. Relative to income, women in Minneapolis are spending some of the lowest amounts on housing. We estimate that in order to pay for the median home, the average full-time working woman would only need to spend 27% of her income. That leaves women here able to put more of their salary toward saving for retirement or investing their savings with a personal financial advisor.

One area where Minneapolis could improve is in its women’s unemployment rate. According to our data, 5.1% of women between the ages of 20 to 64 who are actively looking for work don’t have jobs.

Rounding out the Washington D.C. metro area’s strong showing in this top 10 is D.C. itself. For starters D.C. is an excellent place for women in tech. The nation’s capital is also home to a number of woman who own their own businesses. Women make up almost 40% of business owners, a top 5 score.

The median earnings for full-time working women in D.C. is $65,060, the fifth-highest score in the country.

One of the hardest-working cities in the country is also one where women are succeeding the most. Just over 27% of full-time working women in Plano earned at least $75,000, a top 15 rate. Working women here for the most part have had no trouble finding work either. According to our data, the women’s unemployment rate is only 3.1%. The city also has some of the most educated women in the study, with just under 36% of women holding bachelor’s degrees.

However, our data shows that the average home costs over $1,400 per month, including mortgage and property taxes, which would eat up 33% of the average full-time working women’s income. For that metric, Plano ranks in the bottom half.

Denver ends up in 10th because of the low percentage of women who own businesses and high local housing costs. For both of those metrics, Denver ranks below-average. 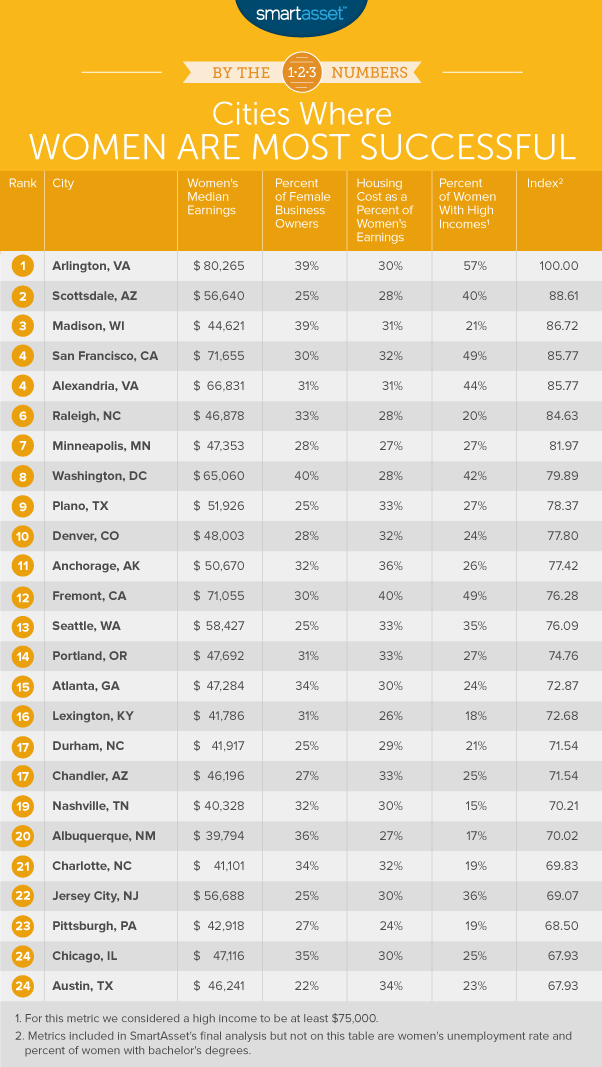 In order to rank the cities where women are most successful, SmartAsset looked at data on 100 cities. Specifically we looked at data for the following six factors: