The True Cost of Living in Georgia 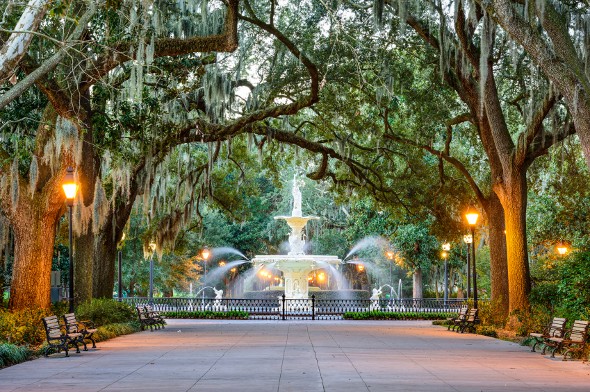 Georgia has quite a lot to offer its residents. For example, the state has reasonable home prices, as well as rents that come in below the national median. On the other hand, utility bills in Georgia fall within the top 10 most expensive in the U.S. Of course, your cost of living will depend in part on the city you choose to live in, but there are some significant statewide trends, too. When moving to a new area you should get your finances in order first because it can be a costly endeavor. Working with a financial advisor can provide you with the professional guidance you need to align your finances with your desired goals.

The statewide median home value is $306,113. In Atlanta, the state’s largest city, the median home value is nearly $410,000, though. Home appreciation rates have shown sizable growth in Georgia over the last several years especially. NeighborhoodScout data indicates that from 2013 to 2018, homes increased in value by 7% annually. If you look at just 2017 to 2018, the rate slides up to 8.23%, and that’s before the housing boom of the past couple of years.

On a state level, Georgia’s median rents are quite a bit cheaper than much of the rest of America. But if you were to rent a two-bedroom apartment in Atlanta, you’ll pay a median rent of $1,861. This is much higher than the median for the rest of the state which sits at $1,450.

According to a report from the U.S. Energy Information Administration (EIA), the average monthly energy bill in Georgia is $126.38. That’s $14.71 above the national average of $111.67.

Georgia’s average monthly utility costs put the Peach State in the middle of the pack relative to its neighbors. The Georgia average is higher than Tennessee ($123.30), but lower than South Carolina ($140.80) and Alabama ($142.55). Aside from Hawaii ($149.33), South Carolina and Alabama have the highest energy bills in the country. 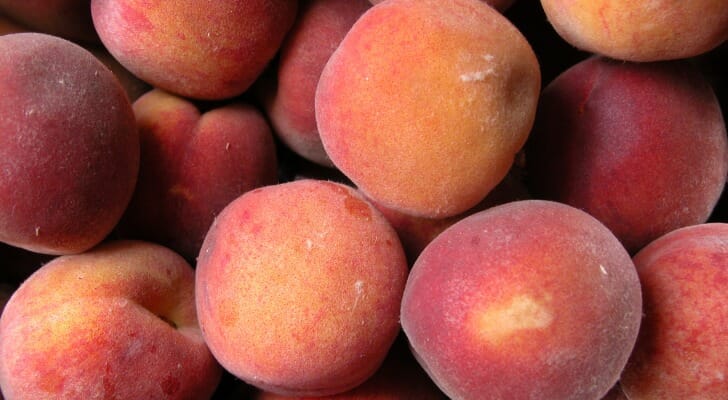 Prices for groceries in Georgia are slightly below the national average. The Missouri Economic Research and Information Center’s 2018 cost of living analysis gives the cost of groceries in Georgia a score of 97.7, compared to the national average of 100. Index scores on grocery prices in the 50 states range from 91.4 in Mississippi to 124.2 in Hawaii.

Georgia is a state where driving is common. Traffic in the Atlanta metro area is notoriously bad. A 2018 study by EducatedDriver.org shows that Atlanta residents commute for an average of 62 minutes per round trip. It goes on to show that if you began working at 18 years old, you’d lose 484 total days commuting in the city.

According to GasBuddy, the average price of a gallon of gas in Georgia is just $2.72. That places it as the 15th lowest price in the U.S. Insure.com’s data from 2019 indicates that the state has the 11th highest average annual car insurance premium in the nation at $1,777. That works out to $148 a month.

Georgia has a progressive income tax system. Rates range from 1% to 6%, with six tax brackets in total. Any single filer with income over $7,000 will pay that 6% rate.

As for property taxes, they’re on the low side in Georgia. The median annual real estate tax payment in Georgia is around $800 less than the national average, at $1,413. Property tax rates vary by county, with a range from 0.45% to 1.66%.

There are plenty of great places to get a college education in Georgia and the in-state tuition is reasonable compared to many other universities across the country. Prices vary widely, though, depending on whether the institution is public or private. Here are a few examples: 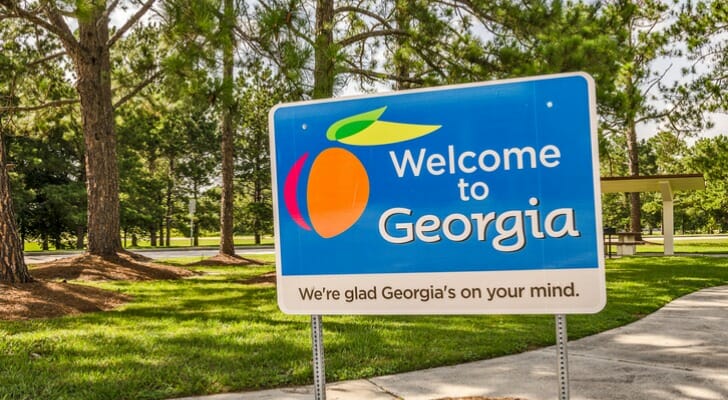 According to Statista.com, the average ticket price to see the Atlanta Falcons play professional football is $104.08. If that’s too steep for you, you can catch a Braves baseball game for just $31.71. Basketball fans can see the Hawks for an average price of $36.82. If you prefer history to sports, you can visit the Martin Luther King, Jr. National Historic Site free of charge.

If you’re considering a move to Georgia then the costs can be a huge benefit, especially if you’re wanting to move outside of the Atlanta area, which can be more expensive. Georgia is one of the more affordable states in the country to live in and there are plenty of things to do whether you’re single or a family. Before moving it’s important to take a hard look at your budget and make sure your finances are in order to cover the new cost of living.