The Best Places to Raise a Family in California 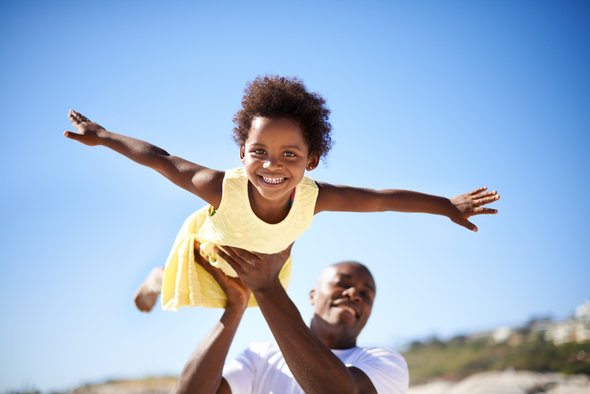 So you want to raise your kids in the Golden State. The question is where? Are you a NorCal person, with its plethora of tech jobs and high costs of living? Or would you rather settle down in sunny SoCal? SmartAsset considered several factors and crunched the numbers to find the best places to raise a family in California.

Check out mortgage rates in California.

In order to find the best places to raise a family in California, we looked at a number of livability and cost metrics. Specifically we compared Californian cities across the family poverty rate, average deficit for families in poverty, the high school graduation rate, the percent of the population under the age of 20, median monthly housing costs, median household income, property crime rate, violent crime rate, median home value change, unemployment rate, the cost of child care and the percent of high school graduates taking college preparatory courses. To learn more about where we got our data and how we put it together, check out our data and methodology section below. 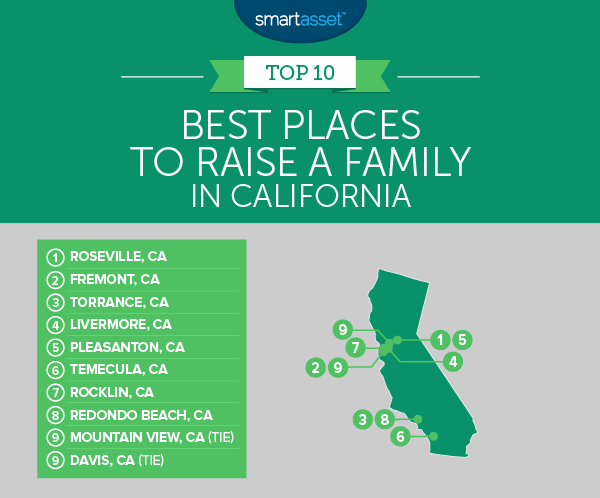 Lying about 20 miles northeast of Sacramento is Roseville, our pick for the best city to raise a family in California. Roseville offers young families a good education system combined with a strong local economy. Roseville ranks fourth in the number of high school graduates taking college preparatory courses and 93% of high school students graduate. The city also scores in the top 25 for both its unemployment rate and its poverty rate. Plus, Roseville is one of the leading cities where millennials are buying homes.

As one of the safest cities in the country, it is no surprise to see that Fremont is a good choice for raising a family. While Fremont ranks in the top 20 for its low property and violent crime rates, the city offers more than just a safe environment. Thanks to Fremont’s proximity to Silicon Valley, it offers parents some great opportunities to earn money. The unemployment rate is only 6.4% and the median household income is over $100,000. However, it may be necessary to be a high earner here. The average annual cost of childcare is over $15,000 and the median monthly housing costs sit just under $2,000 per month.

Torrance also has the sixth-highest high school graduation rate in the study, with 96% of high schoolers earning their diploma. One potential concern for young families is the relative lack of other children. Only 23% of the population of Torrance is under 20, which ranks 107th in our study.

With the cost of living in San Francisco  reaching stratospheric levels it makes sense that people may look elsewhere to raise their family. The best option in the area, according to our data is Livermore. Only 3.4% of families here are below the poverty line and the unemployment rate is only 5.1%. Livermore ranks in the top three for both of those metrics. In fact, on just about every metric relating to earnings Livermore scores well. But all that earning comes at a price. The average annual cost of putting your infant in a child care center here is $15,435, or $1,286 per month.

Also located in the Bay Area is Pleasanton, the fifth-best place to raise a family in California. Pleasanton shares many features with Livermore, including high household median incomes ($124,759), a low unemployment rate (5.5%) and a low poverty rate for families (3.2%). However Pleasanton comes with the same high cost of living as other Bay Area cities. Its median monthly housing costs are $2,354. What pulls Pleasanton down below Livermore is the average deficit of families in poverty. While only 3.2% of families fall under the poverty line, the ones who do find themselves with an average income deficit of $11,700. This ranks 127th in the study. In comparison Livermore families face an income deficit of only $8,100.

Temecula ranks as the sixth-best place to raise a family in California. This city scores in the top 35 in eight out of our 12 metrics. Scores which stand out include the sixth-lowest violent crime rate in the state (102 violent crimes per 10,000 residents), 23rd-highest graduation rate (94%) and 24th-highest percentage of residents under the age of 20 (32%). Compared to other cities in California, Temecula also has fairly low child care costs. The average annual cost of keeping an infant in a child care center is $12,400.

The second city in the Sacramento metropolitan region to crack our top 10 is Rocklin. If you work in the Sacramento area and you put a high value on safety, perhaps consider Rocklin over Roseville. Rocklin ranks ninth for lowest violent crime rate, with 104 violent crimes per 10,000 residents. Rocklin also has top 25 scores in five other metrics including family poverty rate, high school graduation rate, median household income, property crime rate and percent of high school graduates taking college preparatory classes.

Redondo Beach is located 23 miles away from Los Angeles. This city is the second-smallest in our top 10 with a population of 67,695. Redondo Beach has the lowest poverty rate for families in the study, with only 2.9% of families falling under the poverty line. Generally speaking, Redondo is an expensive, older community which may not suit some families. Median monthly housing costs are $1,974 and only 22% of residents are under the age of 20.

The smallest city in our top 10, Davis, is tied with Mountain View for the last spot on the list. Davis has the lowest median housing costs, with the average resident paying only $1,381 per month. The education system is also pretty capable. Davis ranks in the top 25 for both high school graduates completing college preparatory courses and percentage of high school students who graduate. Job opportunities in Davis are fairly readily available, as well. The city has an unemployment rate of 6.3%. 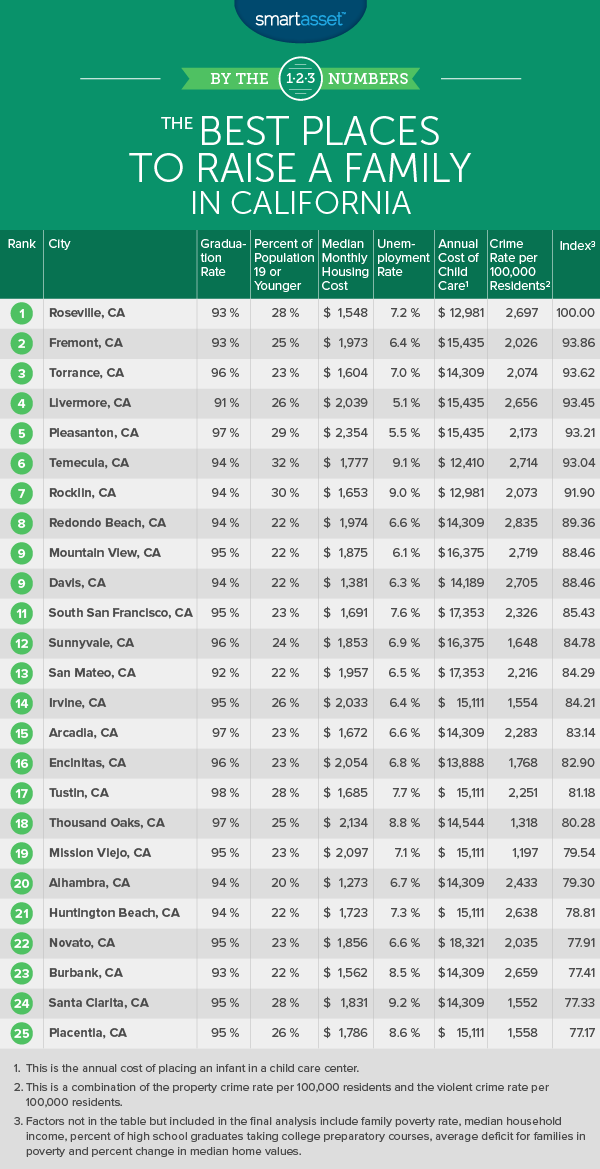 In order to find the best places to raise a family in California, SmartAsset looked at data on all cities with a population of at least 50,000, and ranked them across 12 factors. Specifically, we looked at:

Questions about our study? Contact us at press@smartasset.com.
Photo credit: ©iStock.com/PeopleImages