Where Singles Have the Highest Homeownership Rate 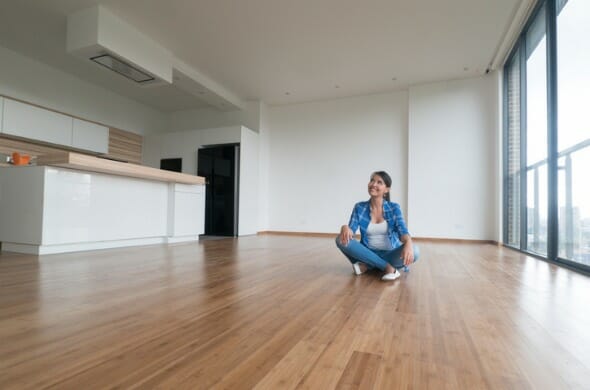 Nearly 83% of renters have a desire to own their home, according to a National Association of Realtors poll. However with mortgage costs on the rise, it is difficult to switch from renting to buying. And buying a home can be even more difficult if you are single. However, there are some places where singles are bucking the renting trend and buying homes. Below we look data to find the cities with the highest single homeownership rate. 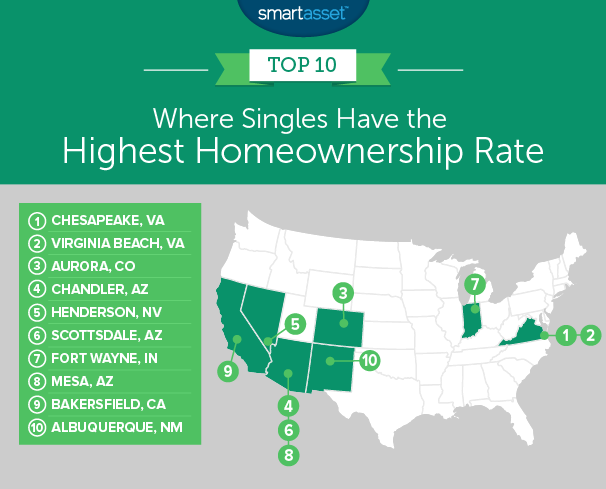 About 26% of all Aurora households are occupied by singles. Of those, 55% own their home and 45% rent. That makes Aurora the city with the third-highest rate of single homeownership.

Compared to other cities, the single homeowners in Aurora are relatively young. Less than 40% of owner-occupied, one-person households are occupied by seniors. In cities like Chesapeake or Virginia Beach that number exceeds 45%.

Despite being a popular place for retirees to move to, seniors do not make up significant portion of singles homeowners relative to other cities. We estimate that seniors make up 38% of all single homeowners.

Another Arizona city takes sixth. Scottsdale is the fourth-largest city in our top 10 and 65th overall in terms of total number of homes. Overall, residents in this city have had no trouble buying homes, single or not. Scottsdale has a homeownership rate of 65% and for singles that figure is 52%.

Fort Wayne is a college town so it bucks the trend of retiree-friendly cities topping this list. This city has an overall homeownership rate of just over 60%, helped in part by low home values. The median home in Fort Wayne is worth only $108,400.

Last year Mesa was the most popular spot for retirees, a fact reflected in our single homeownership data. This is no surprise as Arizona ranks highly for retirement tax-friendliness. Seniors own 52% of all the owner-occupied one-person households. That’s by far the highest rate in our top 10. No other city has a figure exceeding 50%.

In total a slim majority of one-person households are owner-occupied (50.9%), giving Mesa the eighth spot in this study.

There are around 25,500 one-person households in Bakersfield. Around 12,800 of those are homeowners with the rest renting. That translates to a single homeownership rate of 50.3%. Interestingly, Bakersfield has one of the youngest cohorts of homeowning singles. About 62.5% of single homeowners are under the age of 65, the highest rate in our top 10.

Albuquerque rounds out our top 10. Fittingly, it is the last city where the majority of singles chose to buy a home rather than rent. To be more specific, 36,639 one-person households are owner-occupied out of 73,229 one-person households. That translates to a single homeownership rate of almost exactly 50%. 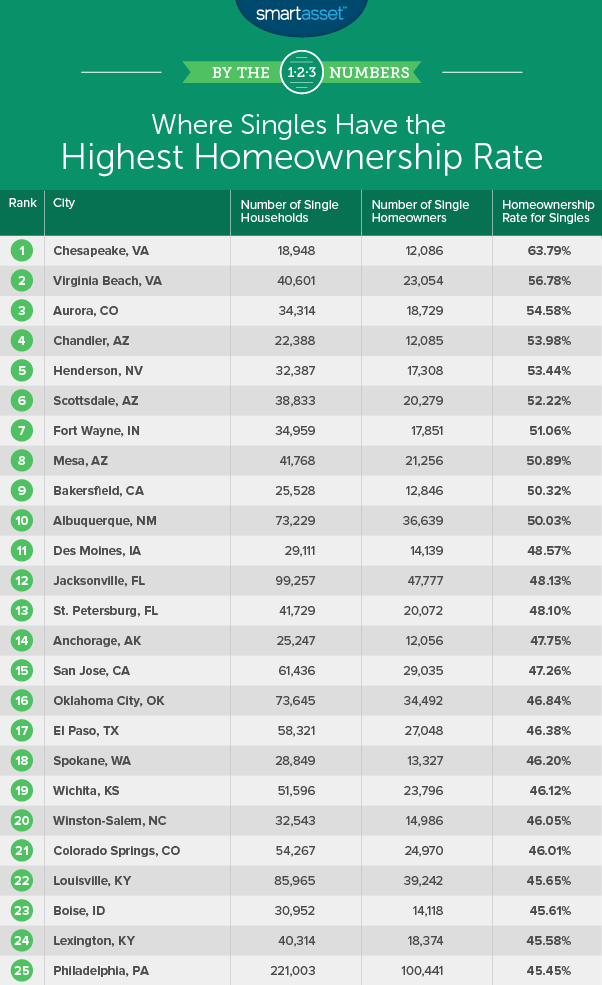 In order to rank the places where singles have the highest homeownership rates, we looked at data for the largest 100 cities. Specifically we looked two factors:

Tips for Singles Buying a Home