The Best Places to Raise a Family in Texas 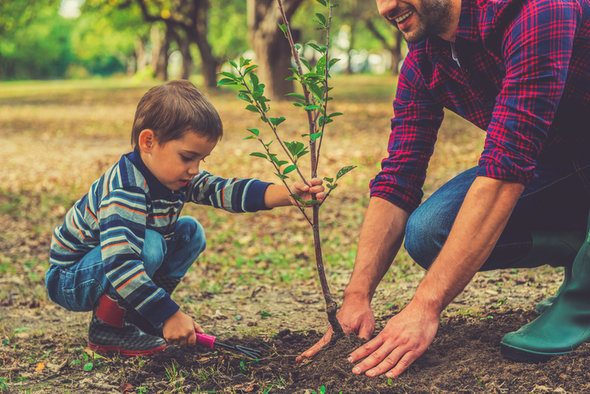 Texas is a large state with diverse regions. Whether you appreciate the beaches on the Gulf Coast, the rolling plains in the Panhandle or vibrant cities like Austin or Dallas, Texas has something for everyone. But what are the best places in Texas for those looking to settle down and raise a family? Below, SmartAsset combs through the data to find the best places in Texas to raise a family.

Check out mortgage rates in Texas.

In order to find the best cities in Texas to raise a family, we looked at factors like the graduation rate, percent of population age 19 or younger, AP participation rate and percent of students scoring a 3 and above on AP tests. We also considered the family poverty rate, average deficit for those in poverty and the unemployment rate, plus the median monthly housing cost and median household income. Finally as a measure of safety, we considered the property crime and violent crime rates. 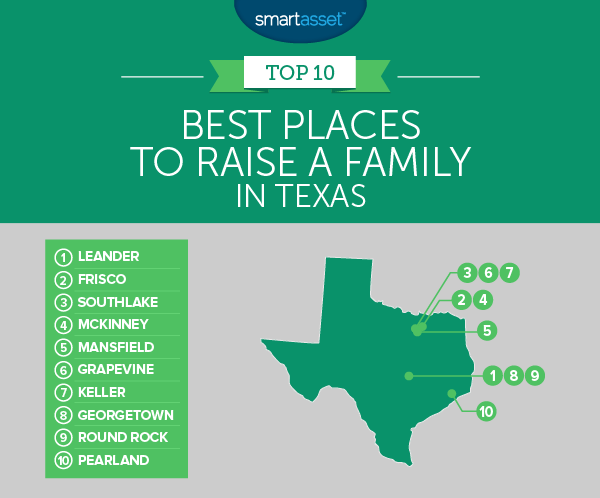 Leander tops our list of the best places to raise a family in Texas. This Austin suburb offers some of the best education opportunities. The city has a graduation rate of 96%, the seventh-highest rate in the study. And kids here aren’t just graduating, they are excelling. About 33% of students take at least one AP exam, and over 73% of students who took an AP exam scored a 3 or greater. For both of those metrics, Leander ranks in the top 10.

Frisco is another great Texas city to raise a family. This city has some of the lowest crime rates in the state, ranking fourth in violent crime and ninth in property crime. Another plus for prospective families looking in the area is that Frisco is also relatively young. About 35% of the population is 19 or younger, meaning plenty of chances for kids to make friends. Plus, the city boasts a pretty low unemployment rate of only 4.3%.

Southlake is a wealthy suburb of the Dallas-Fort Worth metro area, with one of the best education systems in the state. The city graduates almost all of its students: its 99% graduation rate is the highest in the top 10. And many of those students achieve high marks in their AP exams. Southlake also has the lowest rate of family poverty in the study. Only 2.1% of families here fall under the poverty line.

A possible red flag for families looking to move to Southlake is the housing costs. The median monthly housing cost in the area is a whopping $3,080. That is largely offset by residents of Southlake also having the highest median income in the study ($183,125) and Texas not having an income tax.

But there is more to McKinney than just the education. Buying a home and staying in the area long term tends to pay off. Families in the area saw a 10% increase in median home values from 2011 to 2015. And keep in mind, Texas mortgage rates are lower than the national average.

Another Dallas-Fort Worth suburb, Mansfield, takes fifth place. Mansfield is one of the most livable cities for families in our top 10. It has a very low family poverty rate of 4.4% and a large population of young people. Thirty-two percent of the population is under the age of 20. Mansfield is also one of the safest cities in our study. According to FBI data, Mansfield has a crime rate of 1,617 per 100,000 residents, the fifth-best score in our top 10.

Grapevine posts high marks for its education system. About 96% of Grapevine high schoolers graduate and 31.6% of them go on to take an AP exam. The city is also rich with employment opportunities. Only 3.6% of residents in Grapevine are unemployed. As far as our top 10 goes, Grapevine is one of the best options for keeping housing costs to a minimum. Grapevine residents pay just under $1,300 in monthly housing costs, on average.

Keller is another Dallas-Fort Worth suburb which is great for raising a family. It offers families a fairly crime-free environment with good schools. Keller ranks second for both property crime rate per 100,000 residents and violent crime rate per 100,000 residents. This city also has a graduation rate of 94%.  One potential concern for families in the area is that Keller has a slightly smaller percent of the population age 19 and under compared to some other cities in our top 10. It ranks fourth-lowest in the top 10 in this metric.

Georgetown is famous for being home to the oldest college in Texas, Southwestern University, and our data shows it is also one of the best cities in Texas to raise a family. This city has top 10 scores in five different metrics. Most notably Georgetown residents have seen a 14% growth in the value of their homes from 2011 to 2015, the largest growth in the top 10. One thing to be aware of if you’re buying in Georgetown is that the Lone Star State has some of the highest property taxes in the country.

If you are looking to raise your family in the greater Austin area, it is hard to beat Round Rock. This city is known for having a strong education system and our data backs that up. Round Rock graduates 94% of its students and has top five scores in both percent of students taking AP exams and percent of students who score well on AP exams. Round Rock is also relatively affordable compared to other cities in our top 10. The median monthly housing cost is $1,250, the second-lowest in our top 10.

Pearland rounds out our list of the best places to raise a family in Texas. This city is the best ranked in the greater Houston metro area. Pearland does well on a few of our economic indicators. Only 2.3% of families in Pearland are impoverished and just 4.1% of families are unemployed. This city is one of the wealthiest in the state with the median household earning over $95,000 per year. 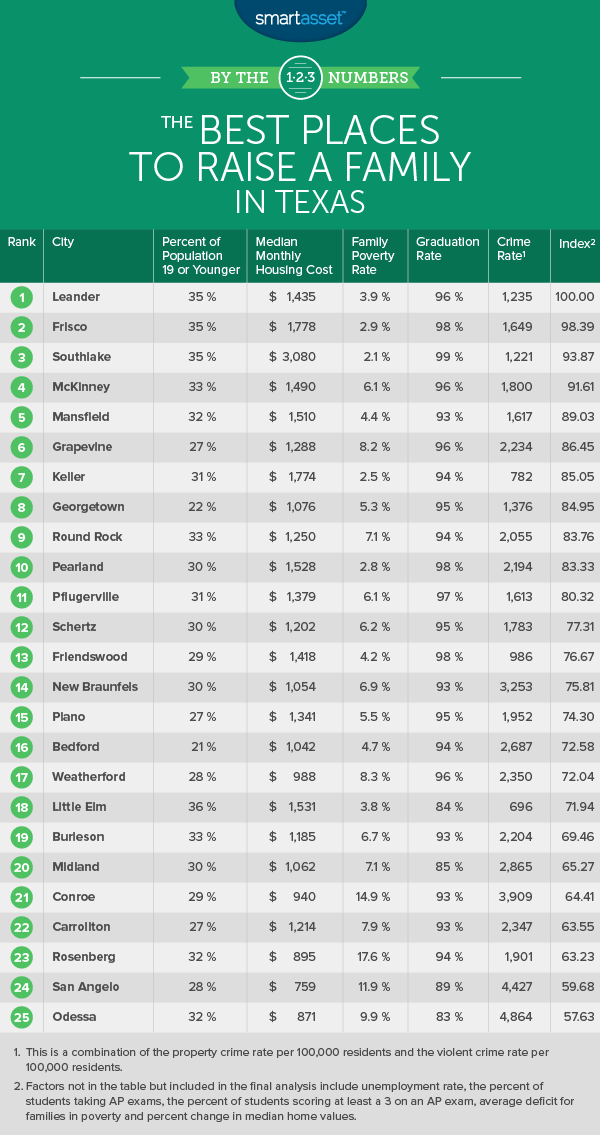