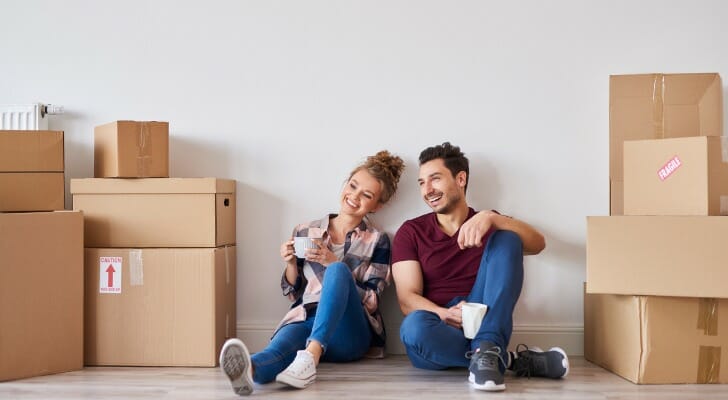 Homeownership often represents a foundation to build on as well as long-term stability. This applies not only to the lifestyle a homeowner envisions when making a purchase, but also to the value of the property. Ideally, a home you purchase will steadily grow in value and not fluctuate too much in price. To that end, SmartAsset analyzed the data to uncover which metro areas in America are the best housing markets for growth and stability.

Specifically, we compared home value data in 357 metro areas for every quarter during the 25-year period from Q1 of 1995 through Q4 of 2019. For details on our data sources and how we put all the information together to create our final rankings, check out the Data and Methodology section below.

This is SmartAsset’s sixth look at the best housing markets for growth and stability. Read the 2019 version of our study here. 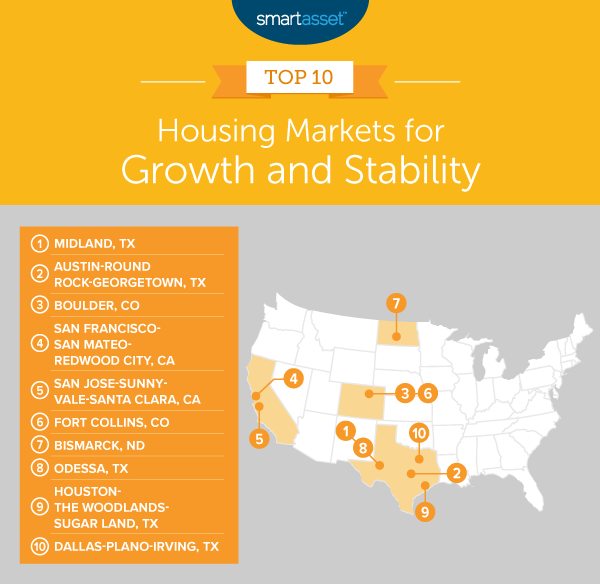 Midland, Texas is the number one U.S. metro area for growth and stability in the housing market. The odds of a 5% loss in home price in the 10 years after it was purchased (during the 25-year period from 1995 through 2019) was 0%, and the overall home price growth in that 25-year period was about 287.82%, the fourth-highest rate for this metric across all 357 areas we studied.

The Boulder, Colorado metro area also had a 0% chance of a 5% drop in housing price in the 10 years after it was purchased, within the time period from 1995 to 2019. The overall growth in home prices in Boulder in those 25 years was 251.21%, the 15th-highest growth rate across all 357 metro areas in the study.

The Fort Collins, Colorado metro area had a fairly stable housing market over the 25-year period from 1995 to 2019, with just 2.00% odds that a home’s price would drop by at least 5% in the 10 years after its purchase. The overall increase in home value during that 25-year period was 215.20%, 31st-highest out of all 357 metro areas in this study.

The housing market in the Bismarck, North Dakota metro area was very stable over the past 25 years, with a 0% chance of a 5% housing price drop in the first 10 years after the purchase of a home. Bismarck also came in 48th-highest out of 357 in our study for home price growth from 1995 through 2019, at 194.01%.

The third Texas metro in the top 10 is Odessa, where there was a 5% chance of the value of a home dropping at least 5% in the first 10 years after its purchase, within the 25-year period from 1995 through 2019. Odessa home prices also had the 22nd-highest growth in the study, with overall home values jumping by 226.02% over those 25 years.

To create our rankings of the best housing markets for growth and stability, we looked at data for 357 metro areas. Specifically, we compared all of the areas across the following two metrics: