The Best Cities to Buy an Investment Property 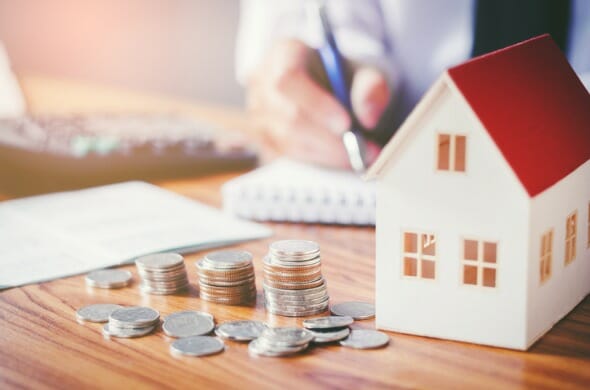 The average home increased in value from $194,500 in 2015 to $205,000 in 2016, according to U.S. Census Bureau data. That is an impressive return of nearly $11,000, or about 5%, for American homeowners. Relative to income that extra $11,000 is equivalent to the average American household receiving a raise of 19% on their annual income. But when it comes to investing in the real estate market, location is everything. Some cities are better bets when it comes to buying an investment property, thanks to more affordable mortgages or lower property taxes.

In order to find the best places to buy an investment property, SmartAsset looked at five factors. Specifically we looked at effective property tax rate, rent-to-home-value ratio, demand for housing, home value appreciation and rent costs. Check out the data and methodology below to see where we got the data and how we put it together. 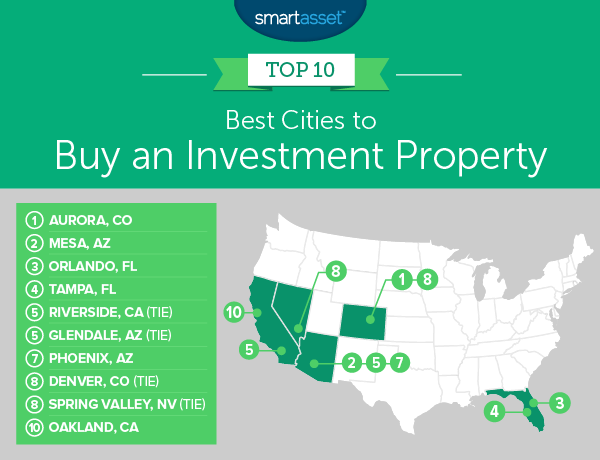 Aurora, Colorado is the best city to buy an investment property. Anyone looking to invest in the real estate market here should have no trouble finding willing renters. According to our data, rent costs have increased by 34% from 2012 – 2016, a sign of strong demand for rental units.

Another sign for optimism in the Aurora real estate market is the rising home values. From 2012-2016, the value of the median home grew by over 43%. What may be driving the increase in prices is the growing population. The number of new people in Aurora outgrew the number of new homes by almost 6% during that same period.

There are three Arizona cities in this top 10, and up first is Mesa. This city has the 10th-lowest effective property tax rate in our study. That keeps the long-term costs of homeownership low in Mesa.

Anyone who invested in the Mesa real estate market in the past few years will have likely already made a profit. The median home here was worth $129,400 in 2012 and $209,000 in 2016. That means the average homeowner would have made a profit of over 61% if they had bought the average home in 2012.

Orlando has been booming in recent years. According to Census Bureau data, the population of Orlando grew by 11% from 2012-2016. Over the same time period the number of new homes also grew, but not by enough to meet all the new demand for housing. In total new residents outpaced new homes by nearly three percentage points.

Over that same time period median gross rent grew by under 17% and the median home grew in value by almost 63%.

Just southwest of Orlando is Tampa, another great place to invest in real estate. Our data shows that home prices are appreciating quickly in Tampa. From 2012 – 2016, the median home increased in value by nearly 47%.

This is also a good city to invest in the real estate market with a focus on the long term. This city has a lower-than-average effective property tax rate and the average home is only worth about 203 months’ worth of the average gross rent.

Riverside has not done a great job providing housing for all the new residents in the city. According to our data, the number of new residents outpaced new housing stock by nearly five percentage points.

That increase in demand for housing drove prices for homes and rental units up. Average gross rent in this city grew by nearly 19% from 2012 – 2016 and the median home saw its value increase by nearly 55% over the same time period.

Tied for with Riverside for fifth is Glendale, Arizona. Glendale’s low property taxes make the city a great option for someone looking to invest in real estate. According to our data, Glendale has the 24th-lowest effective property tax rate at 0.67%.

The Phoenix metro area has three representatives in our top 10 and at number seven is Phoenix itself. Large numbers of people are moving to Phoenix. From 2012 to 2016, the population increased from 1.49 million to 1.62 million. Over that time, the number of new homes only grew by about 15,000. That means the population outgrew new housing stock by six percentage points.

The glut of new residents looking for homes to live in is a positive sign for anyone invested in the Phoenix real estate market. From 2012 to 2016, the median home value appreciated by nearly 52%.

Looking to invest in the Denver housing market? You are probably not alone. This city has proven to be a profitable place to own a rental unit. From 2012 to 2016, the average gross rent increased by over 40% while the median home increased by nearly 44%.

The long-term cost of owning a home in Denver is also low. According to our data, the average effective property tax rate in Denver is only 0.47%.

Spring Valley, Nevada comes in tied for eighth. This Las Vegas suburb has seen a stunning population growth which has not been met with new homes. From 2012 to 2016, the number of new residents increased by over 16%, while new homes increased by only 7%.

That has left something of a housing shortage and home values have correspondingly shot up. From 2012 to 2016, the median home value shot up by 54.5%.

The list ends in Oakland. As part of the Bay Area everyone knows this city is becoming expensive. Perhaps driven out by increasing rents in San Francisco, the population of Oakland has outgrown new homes by over 7%. From 2012 – 2016, median home values grew by 63% while the median rental increased in price by 22%.

The only score pulling Oakland down our ranks is the cost of buying a home. A modest investor who tries to pay off their mortgage by renting out the unit will struggle. According to our data, the median home in this city is worth the equivalent of 496 months of rent payments. 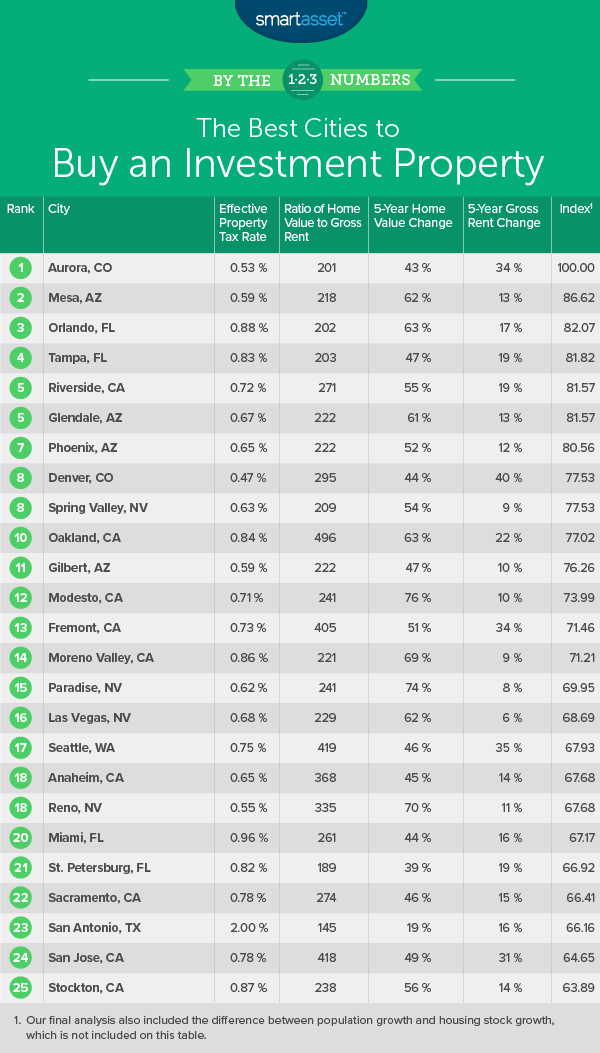 In order to rank the best cities to buy an investment property, we looked at data on all cities with a population of at least 200,000. That left us with 117 cities. We compared them across the following five categories:

Data for all metrics comes from the Census Bureau’s 2016 and 2012 1-year American Community Survey.

Tips for Investing in Real Estate