The Best Cities for Singles (Who Like Being Single) in 2016 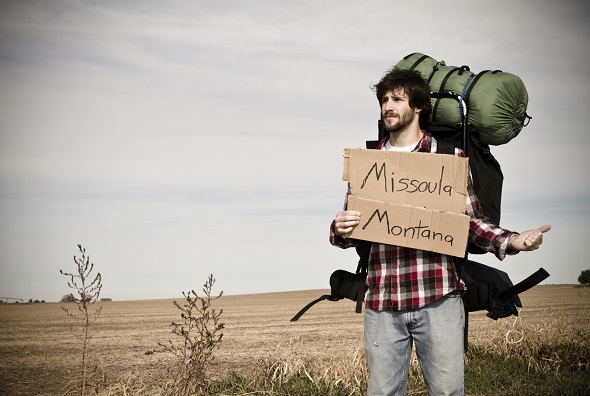 In modern America, being single is too often conflated with being lonely. This is especially true on Valentine’s Day, when couples celebrate their love with gifts and flowers and expensive dinners while singles are expected to sit around at home feeling sorry for themselves. But what if being single isn’t all that bad? What if some people like being single?

Read the 2017 edition of this annual study.

To investigate this possibility, SmartAsset conducted a small survey of employees at our New York-based office. The results were astounding: we found that 100% of singles actually enjoy their singlehood (full disclosure: small sample size may skew findings).

While people who are in a committed relationship have to devote significant amounts of time to the things their partner likes to do, singles can spend their free time however they please. They have more time to spend with their friends and more time to dedicate to their careers.

Singles also have sole control over their finances, meaning they can choose to save sufficiently for retirement (recommended) or spend all of their disposable income on pizza (not recommended). If there is any downside to being single, it’s that certain expenses, like rent and groceries have to be paid for with only one income source. So where are the best cities for those who are perfectly happy being single?

SmartAsset’s study considered five metrics and encompassed the 582 largest cities in the country. We wanted to find places that maximized the best aspects of being single (lots of time to spend having fun or building a career) and minimized the negative aspects of being single (cannot divide living expenses such as a mortgage payment between two people). Thus, we looked at the following five metrics:

SmartAsset ranked each of the 582 cities in our study according to those five metrics. We then averaged those rankings, giving half-weight to the unemployment rate and the median rent and full weight to the other three metrics. 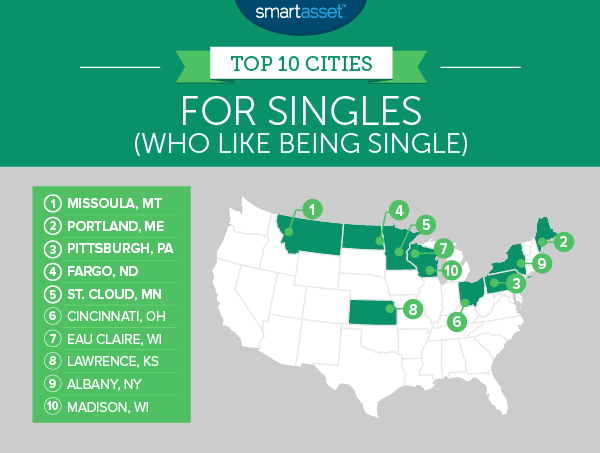 Why is Missoula, Montana, the best cities for singles who like being single? Because there are so many ways to spend your free time in Missoula. To name a few: take a hike, hit up one of the local microbreweries, go to a Montana Grizzlies football game, go fly-fishing or hit the gym. It’s hard to be bored in Missoula. Plus, it’s fairly affordable with median rent of $680.

SmartAsset’s 2015  study of the U.S. beer industry found that Portland, Maine, has more microbreweries per capita than any other U.S. city. This is obviously good news for singles who enjoy a good beer and who live in Portland. Unlike people in committed relationships, who have to spend hours writing sappy poems for their partners, single Portlanders can check out one of the city’s 17 microbreweries whenever they please.

Pittsburgh is one of the most affordable big cities in the country. Median monthly rent in Steel City is just $680. Compare that to New York City, where the median rent is $1,160 (according to the U.S. Census Bureau). Pittsburgh is $500 per month less expensive! Whereas singles in NYC may feel pressure to find a partner just to save on housing costs, that is likely not as much of an issue for many singles in Pittsburgh.

Find out what your taxes will be with SmartAsset’s free calculator.

Being single is one thing, but being single and unemployed is another thing entirely. While people in committed relationships can seek financial and emotional support from their partner when they lose their job, singles are on their own. That’s not a problem for singles in Fargo, however. The unemployment rate in the North Dakota city is just 1.9%, the lowest rate of any city in SmartAsset’s analysis.

Saint Cloud is named after the town of Saint-Cloud, France, which is located near Paris. The French city is, in turn, named after Saint Clodoald, a member of sixth century Parisian royalty who renounced his claim to the throne and lived the remainder of his life as a hermit. Saint Clodoald is a good reminder that the phenomenon of singles who like being single is not a new one.

This Ohio city has the 19th lowest median rent and the 15th lowest marriage rate of the 582 cities in SmartAsset’s study. It is a great city for single sports fans, with several popular professional and college sports teams in the area. It is also known for its high-quality beer.

Eau Claire is one of the best cities in America for singles who enjoy the bar scene. According to the U.S. Census Bureau there are more than 60 bars in the Eau Claire area. That’s one for every 1,200 residents, the third highest ratio of any city in the country. Popular Eau Claire bars include the Eau Claire Fire House, Lazy Monk Brewing and The Cowtown Saloon (also known as The Livery).

Best known as the home to the University of Kansas, Lawrence has a very young population. The median age is 26.7 years, and more than 70% of the population is less than 44 years old. While our analysis did not consider age as a factor, many singles may see the relative youth of Lawrence as a positive.

The New York State capital has the fifth lowest marriage rate of any U.S. city. Just 26% of its residents are married. Singles, in other words, constitute a large majority. That means they are less likely to have friends who don’t respond to text messages for many weeks at a time.

While singles who like being single are not actively looking for a partner (by definition) many are nonetheless open to starting a relationship if the right person comes along. Madison is a good location for these kinds of auspicious encounters.

Home to the University of Wisconsin, the city has a well-educated and fairly active population. If singles in the city do eventually become un-single and decide to tie the knot, Madison is a good place to do so. (But we’re getting ahead of ourselves.) 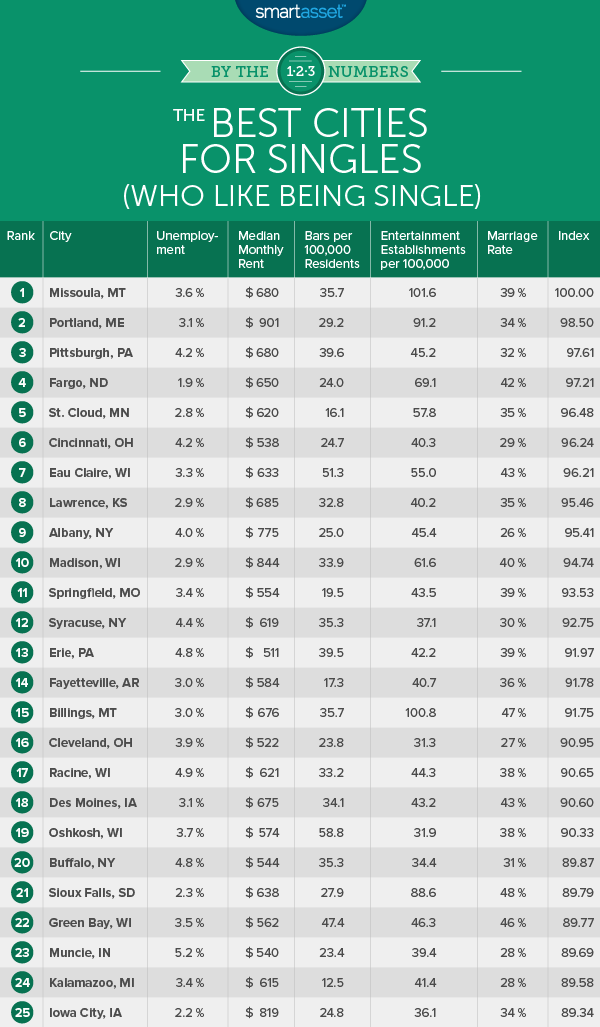