What Is the Cost of Living in Maine? 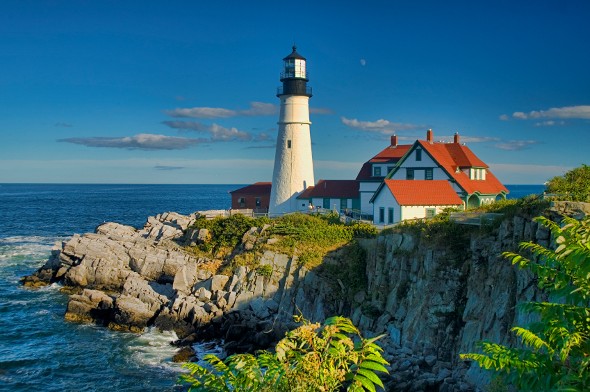 Maine is the eastern-most state in the U.S., and is known for the natural beauty of its forests and coastline. Along with these attractions, though, comes a cold climate. As far as Maine’s cost of living goes, income taxes can get a bit pricey for high-earners, while the state’s sales tax is rather low.

Median home value prices in Maine can range quite a bit, but the statewide median is $199,477, according to NeighborhoodScout. In Portland, the median home value jumps to $346,523. On the contrary, homes in Lewiston are much less valuable with a median of $153,081. The homeownership rate in Maine is 70.1%, which is higher than most of the other 50 states.

Home appreciation rates in Maine aren’t incredible, but they’re right in line with national averages. Based on data from NeighborhoodScout, homes in the state appreciated by an average of 4.49% from 2013 to 2018. This rate has increased steadily though, as 2016 to 2018 data has the annual appreciation rate up by more than 1% to 5.59%.

Those who are still on the “rent” side of the rent vs. buy decision will see prices in Maine are appealing. For studios, the median rent is $694, which is $137 less than the national median, according to 2019 data from Apartment List. A similar trend applies to one, two and three bedroom apartments in Maine. In fact, they are each $189, $233 and $338 beneath the U.S. median, respectively. 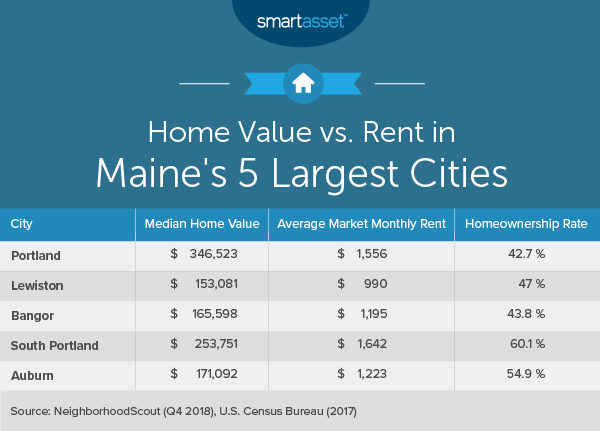 Food prices in Maine aren’t cheap at all. The Missouri Economic Research and Information Center did a study of grocery prices around the U.S. in 2018. Compared to a national index of 100, food prices in Maine received a rating of 117.7, which is the sixth-highest number nationwide.

In Maine’s largest city, Portland, food prices follow the same trend. May 2019 data from Numbeo.com recommends $370.89 in minimum monthly spending on food. That’s about $47 more expensive than the recommended average for the U.S. as a whole, which is $324.10.

Maine gas prices are cheaper than the national average. According to GasBuddy data from May 2019, the average price of a gallon of gas in Maine is $2.83, $0.09 below the U.S. average of $2.92. The good news is that the mean travel time to work in Maine is 23.8 minutes, compared to a national average of 26.4.

The income tax system in Maine is progressive, with a bottom rate of 5.80% and a top marginal rate of 7.15%. That 7.15% top rate is the country’s 10th-highest state income tax rate.

While the Pine State has a state sales tax of 5.5%, there are no additional local sales taxes for residents to contend with. The gas tax on regular gasoline is 30 cents per gallon.

According to CollegeCalc.org, the average in-state tuition for Mainers was $17,509 for the 2017-2018 academic year. Data from the previous academic year shows tuition generally increased in Maine. As a matter of fact, tuition costs jumped by $905, or 5.45%, over that one-year span.

Maine residents don’t pay much for healthcare. Although a 2016 study by the Health Care Cost Institute shows healthcare prices in the Portland metro area are 6% above the national median, this is well within the normal variation of a country.

According to the Agency for Healthcare Research and Quality, employees at private companies in Maine pay less towards single coverage healthcare than most other states. These individuals contribute $1,311 a year, $104 less than the $1,415 national average. 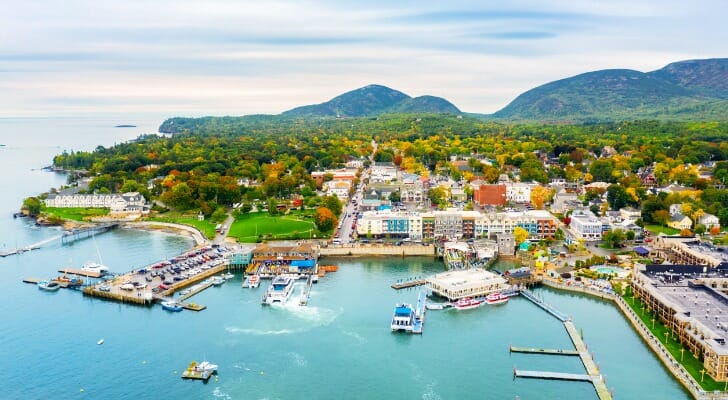 Maine is famous for its natural beauty. Admission to Acadia National Park costs $30 if you’re coming by car and $15 per person if you’re coming on foot or by bike. Want to take your motorcycle? It’ll cost you $25.

A ticket to the beautiful Coastal Maine Botanical Garden will cost you $18. Don’t want to pay the cost of admission? There is plenty of free fun to be had on Maine’s beaches and in its quaint towns. Be sure to save up for a lobster roll or two.

Tips for a Smooth Transition to Living in Maine